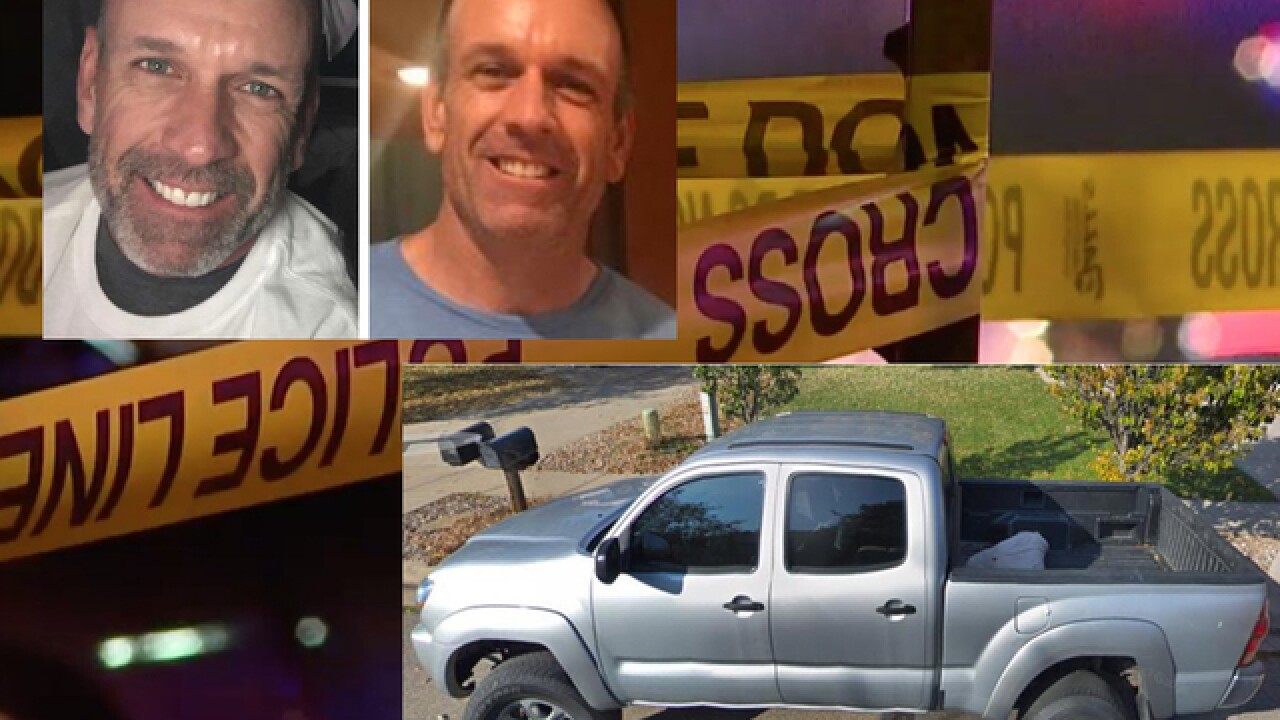 Photos courtesy FBI
<p>Daniel David Courson, a man who has been sought by authorities in California and Utah for more than two years, is believed to have robbed a bank in Northglenn Friday, and local and federal officials are looking for help finding him.</p>

DENVER – A man who has been sought by authorities in California and Utah for more than two years is believed to have robbed a bank in Northglenn Friday, and local and federal officials are looking for help finding him.

Daniel David Courson, 45, is the suspect in the Friday morning robbery of the Bank of the West, located in the 10000 block of Huron Street, the FBI’s Denver office said Monday.

After allegedly robbing the bank in Northglenn Friday, Courson fled on a bicycle before getting into a stolen silver four-door Toyota Tacoma TRD, which had Utah license plate E048HU, officials said.

Police out of Tustin, Calif. also warned of Courson last week. They say he served eight years in prison for several bank robberies that happened in 2006 in southern California.

Tustin police said after he was paroled in 2014, he made friends with a wealthy, but sickly person and eventually stole several paintings, jewelry and checkbooks from the person. He fled before police could catch him.

According to Tustin police, Courson fled to Park City, Utah and had been using aliases to offer guitar lessons and date women.

But when California and Utah authorities went to arrest him in May 2017, he was tipped off, police say, and fled before he could be found.

Courson has a $1 million active burglary warrant out of California, and is also wanted for absconding from his parole, California authorities said.

Police told Denver7 Friday that Courson was most recently staying in Boulder under the name Adam Scott Hopkins.

Anyone with information about the Northglenn bank robbery or who has seen Courson is asked to call the FBI at 303-629-7171 or Crime Stoppers at 720-913-STOP.