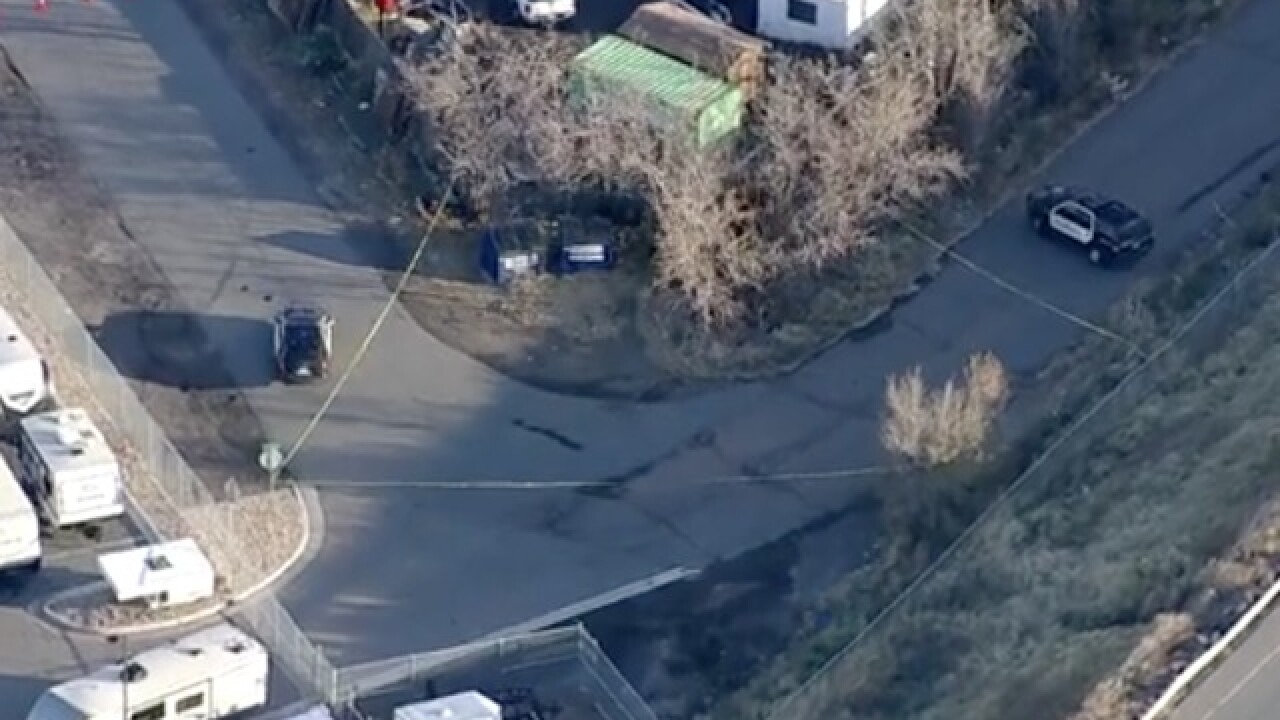 Copyright 2018 Scripps Media, Inc. All rights reserved. This material may not be published, broadcast, rewritten, or redistributed.
<p>Authorities are investigating the circumstances that led to a woman’s death after firefighters found the body while responding to a fire.</p>

JEFFERSON COUNTY, Colo. — The woman that firefighters found while putting out a small brush fire in Jefferson County Sunday died of a gunshot wound, authorities said.

The Jefferson County Sheriff’s Office said the victim in this homicide investigation has been identified as 28-year-old Cymone Duran.

The sheriff’s office determined the woman died of a gunshot wound, though the fire is believed to be connected to the homicide.

A suspect was not in custody as of Tuesday afternoon.