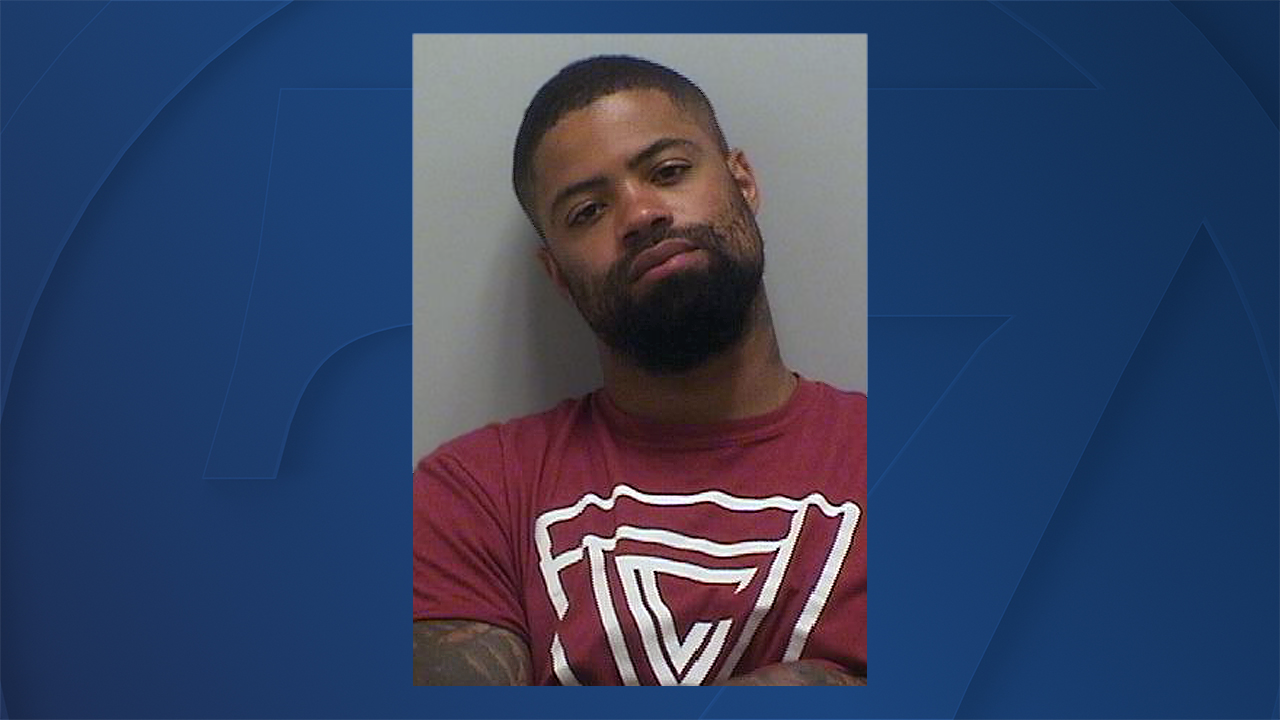 Latimer, 27, was arrested at the Zenith Meridian Apartments around 12:11 a.m. after Douglas County deputies responded to a call concerning shots being fired at the complex, which is located off Lincoln Avenue near Interstate 25 in unincorporated Douglas County.

According to the Douglas County Sheriff's Office, witnesses reported hearing arguing and then a gunshot going off in one of the units at Zenith Meridian Apartments. Deputies arrived and found Latimer, his best friend Roderick English and English's girlfriend, inside the unit. When police arrived, they found English had suffered minor injuries, not related to a gunshot.

An arrest warrant affidavit states Latimer had argued with someone else who was in the apartment at the time of the poker game before English kicked everyone out of the unit. Latimer left the apartment then returned about 30 minutes later with a gun, which he waved at English and his girlfriend - never directly pointing it at English or his girlfriend - the affidavit states. Latimer allegedly said he was going to kill everybody, and at one point, he fired two shots near English, the affidavit said.

The probable cause statement goes on to state that Latimer "seemed to calm down" after he reportedly fired the two shots but then got angry again and told the couple he had "saved two bullets in the gun" for English and his girlfriend. After the comment was then, English pinned Latimer against the wall, but Latimer struck him with the gun, according to the affidavit.

Latimer was booked into the Douglas County Jail on charges of assault, menacing, illegal discharge of a firearm, prohibited use of a weapon and reckless endangerment. He posted a $25,000 bond and was released later Saturday morning.

“There’s an entire back story to this situation that constitutes one of the most highly provocative situations you can imagine. Please withhold judgment until all the facts of what took place that night are known.”

On Monday, ESPN reported that during Latimer's court appearance, Steinberg told the court that he had been contacted by law enforcement "concerning an investigation of a sexual assault of Latimer's 4-year-old son" that was allegedly perpetrated by one of the attendees of the poker game night.

Latimer's next court appearance is scheduled for July 24.

Latimer played for the Denver Broncos after being drafted in the second round of the 2014 NFL Draft. He is currently a wide receiver for the Washington Redskins.