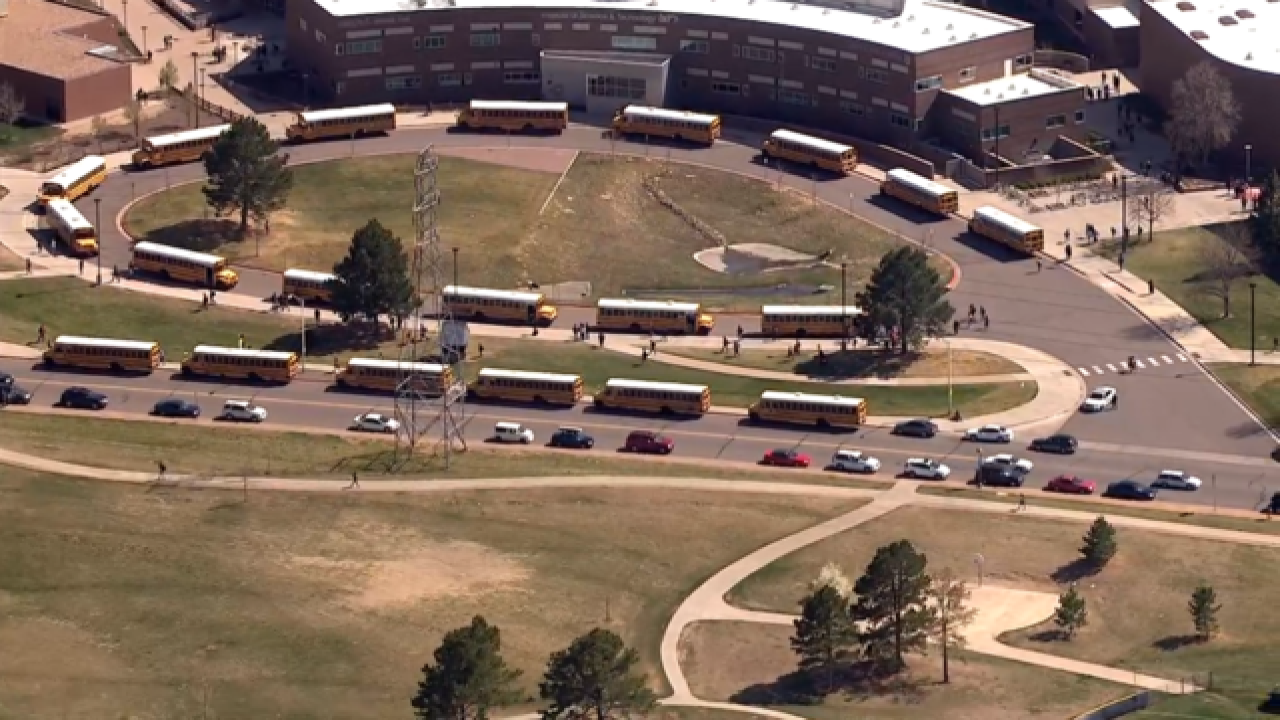 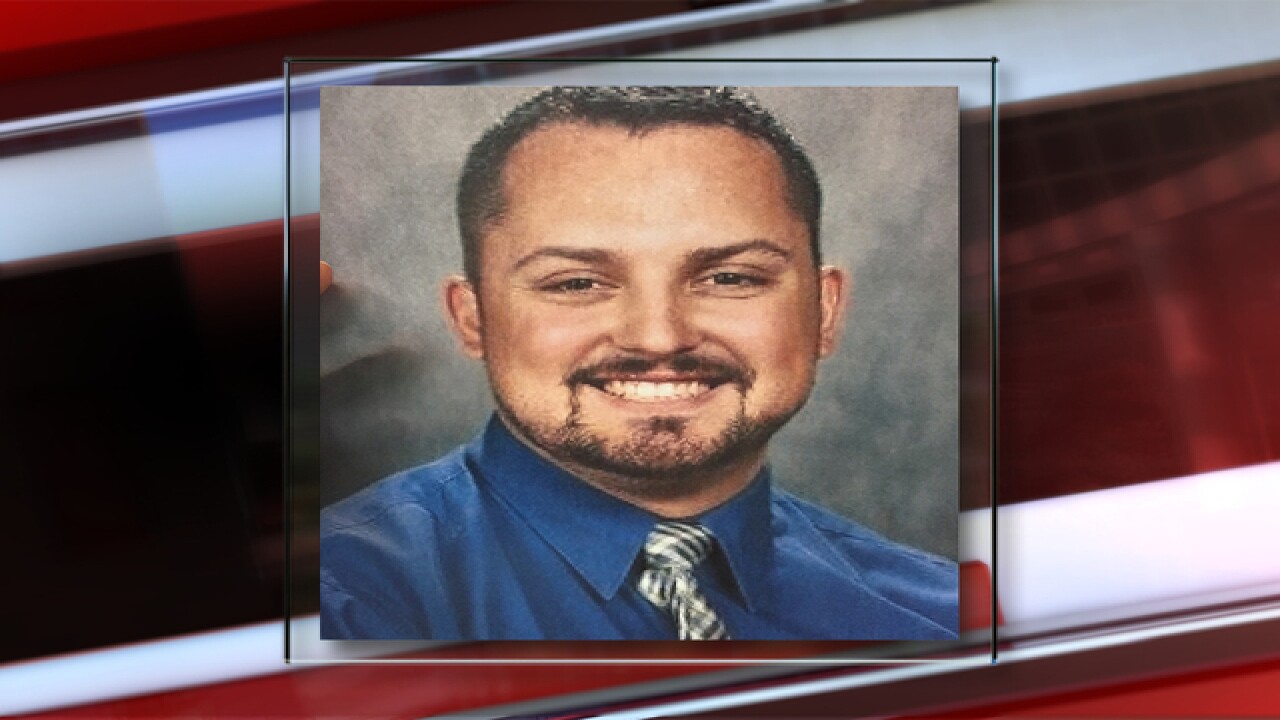 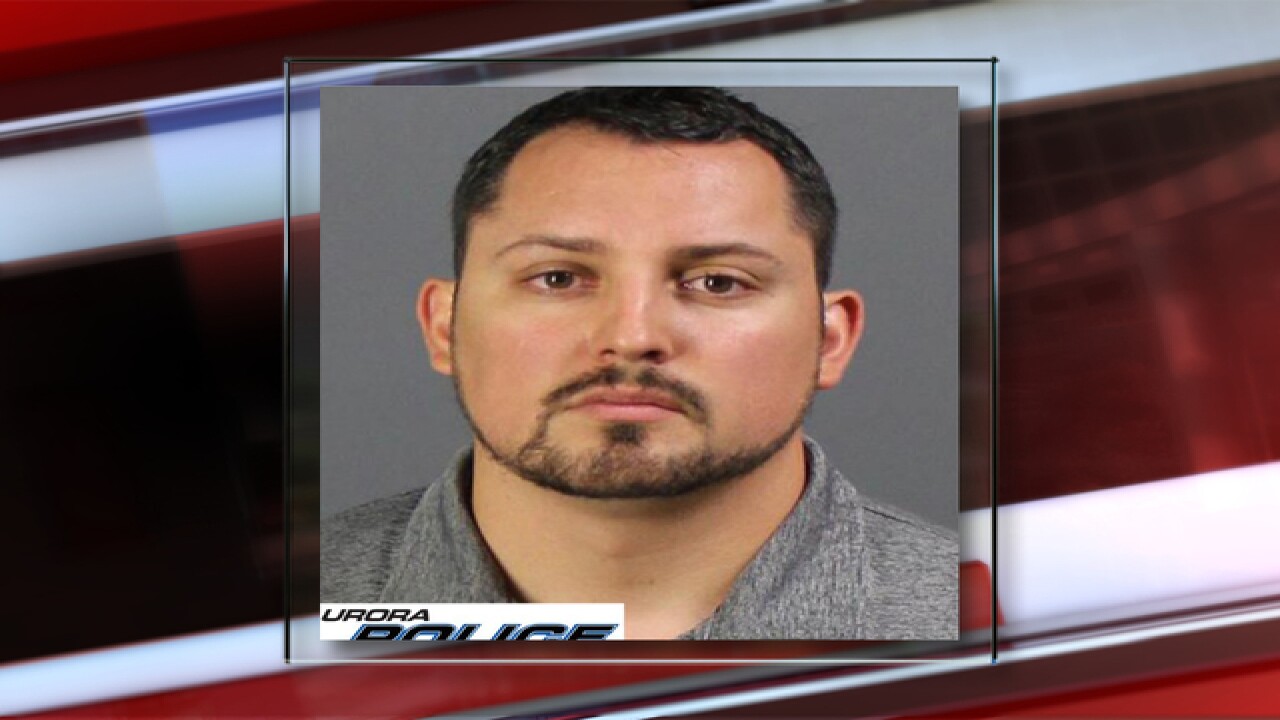 AURORA, Colo. – A social studies teacher at Prairie Middle School, which is part of the Cherry Creek Schools system, was arrested Tuesday on multiple felony counts of child sexual assault and exploitation.

Vasquez has worked at the school for seven years as a social studies teacher and a coach in the “Destination Imagination” program at Prairie MS, an after-school program.

Aurora Police Chief Nick Metz said at a 6 p.m. news conference that there are “multiple victims” of Vasquez’s, and that the victims were students at the school when Vasquez allegedly assaulted them.

Police said that Vasquez was arrested Tuesday afternoon at Prairie Middle School and that he has a wife and two young children.

Vasquez also worked previously in the Widefield and Harrison school districts in the Colorado Springs area, and at some point in the past worked at the San Luis Valley Detention Center, Metz said.

He and other officials at the news conference said they would not elaborate on the number of victims or how long Vasquez has allegedly been abusing children because they “do not want to do anything to jeopardize the investigation.”

Metz and the others stressed that the investigation was still active and that authorities believe there may still be additional victims at Prairie Middle School, or schools Vasquez worked at in the past.

The district’s superintendent, Harry Bull, said the district had sent out a letter home to parents at 6 p.m., and that the district had no inclination that Vasquez had any history of such abuse when he was hired.

“I’m as shocked as you all are. None of us had any inkling as to anything,” Bull said.

Vasquez has a quote on his LinkedIn profile about teaching:

“What do I teach? I teach students!" I'm a lifelong learner who constantly seeks out new ways to educate and meet the needs or our ever changing clientele. While I did not become an educator to be an administrator, those leadership skills and abilities will make me a more effective teacher.”

His profile says he worked at Harrison District 2 School from August 2009 to May 2011, teaching 7th-grade geography and 8th-grade U.S. history at Mountain Vista Community School.

He worked at Widefield School District 3's Mesa Ridge High School from September 2007 to May 2009, teaching 9th-grade geography and social studies and 10th and 11th-grade world history, and was a substitute teacher in the district for 6 months before that.

From May to December 2006, he was a student teacher at Janitell High School in the Widefield School District. And from April 2004 to April 2006, he was a youth worker at the San Luis Valley Youth Detention Center in Alamosa.

His LinkedIn profile says he has Bachelor’s and Master’s degrees from Adams State College.

A Colorado court records search shows Vasquez's only prior charge in the state was driving without proof of insurance in 2008, but the charge was dismissed.

The school is part of Cherry Creek Schools, but is located in Aurora.

Aurora police asks anyone who may have been a victim of Vasquez’s or witnessed his alleged assaults is asked to contact the Crimes Against Children tipline at 303-739-6164.

Late Tuesday, Denver7 learned that a security guard who also worked at Cherry Creek Schools, at Grandview High School, was arrested in May on sexual assault and child pornography charges after he alleged exchanged nude photos with several students, and had oral sex with at least one.

Perla Correa was stunned to learn that her former Prairie Middle School teacher was accused of the crimes.

“It’s just scary. The fact that I went to that school with that teacher, it’s scary.”

Kaylee Emick was in his social studies class too.

“I liked him a lot, and it’s really shocking and kind of hard to find out,” she said.

“I am scared because my daughter she stayed three years in this school, and I said, 'Oh my God. No, no no,'” said Martha Olguin.

The news also spread quickly to Vasquez’s neighbors and friends just a few doors down.

He says Vazquez was the perfect neighbor.

“He’d come and take care of my driveway with a snow machine and that kind of stuff as well, so really shocking.”

Parent Holly Emick thought he was the perfect teacher.

“He just really enjoyed teaching and connected with the students on their level.”