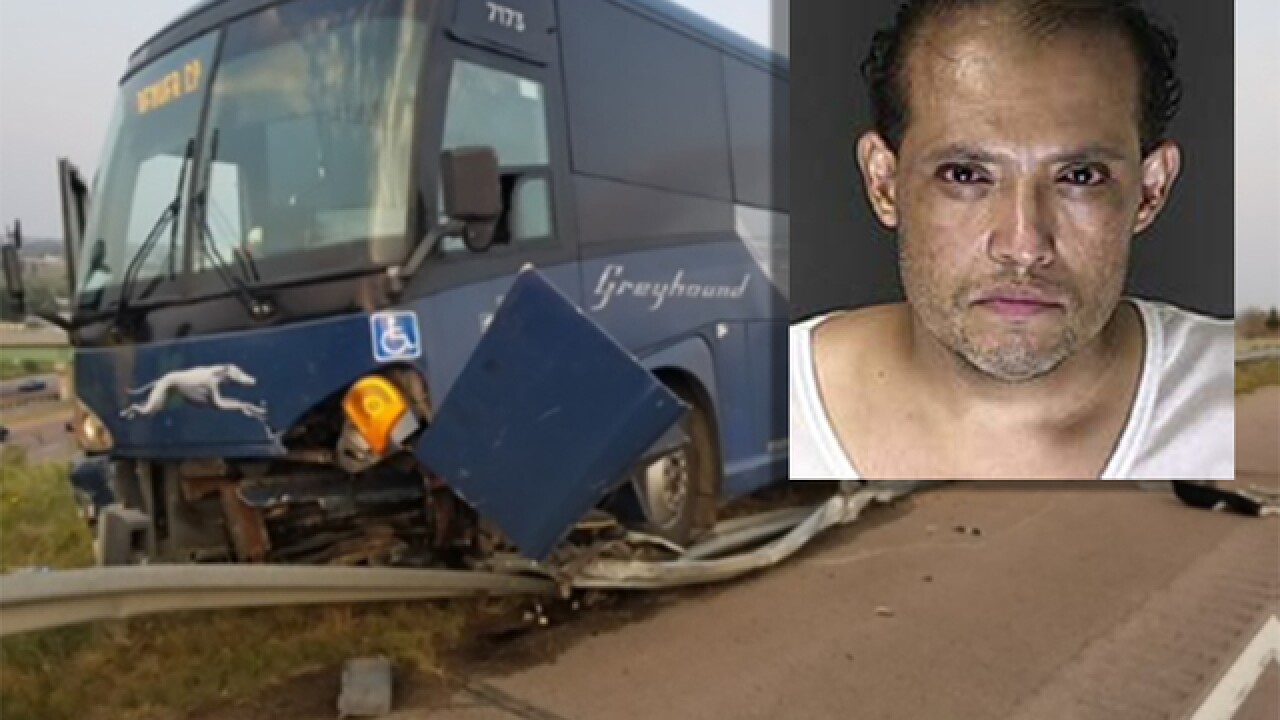 CSP // Fountain police
<p>Police say the man who threatened Greyhound bus passengers and its driver, which led to a crash near Fountain Monday evening, is a Mexican national who was held at gunpoint by a passerby until police arrived to the scene. Edmundo Arellanes-Audelo, 47, faces felony criminal mischief, felony menacing, hindering public transportation, assault and reckless endangerment charges after the incident.</p>

FOUNTAIN, Colo. – Police say the man who threatened Greyhound bus passengers and its driver, which led to a crash near Fountain Monday evening, was held at gunpoint by a passerby until police arrived to the scene.

Arellanes-Audelo was allegedly threatening the bus driver and 26 passengers who were on board. He was able to get into the secure area of the bus, started attacking the driver and grabbed the steering wheel to try and crash the bus, Fountain police said.

The bus did eventually crash into a guardrail on Interstate 25 near the S. Academy Boulevard exit. It had been en route to Denver.

Police say a passenger on the bus confronted Arellanes-Audelo but he broke a window out of the bus and escaped. But he wasn’t free for long.

Police say a passerby who was armed with a gun stopped and pointed the weapon at Arellanes-Audelo. He dropped the knife and was held there until police arrived.

Police say Arellanes-Audelo was medically cleared and booked into the El Paso County jail. Police said some people had minor injuries when the bus crashed.