Police: Man shooting off rounds near Lakewood park shot and killed by agent 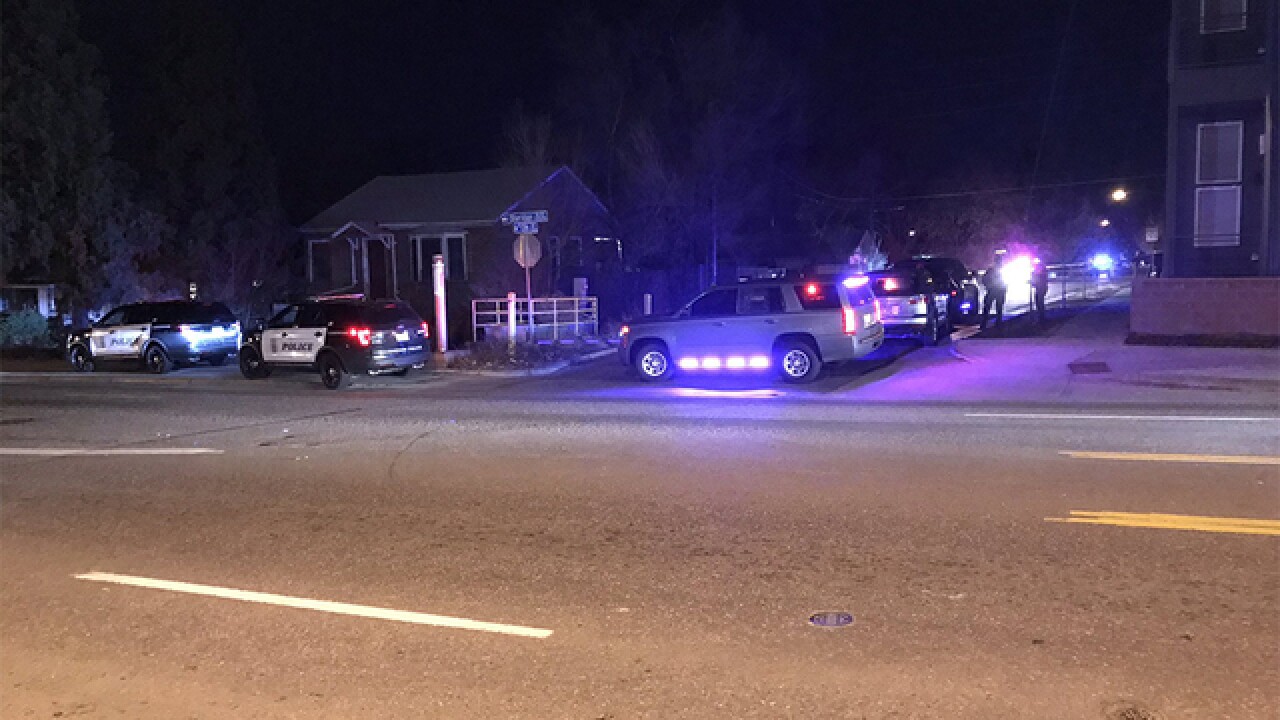 LAKEWOOD, Colo. – A man shooting off rounds at a Lakewood park was shot and killed by Lakewood police agents Wednesday evening, a spokesperson for the department said during a press conference.

Police initially reported via Twitter that they were investigating an agent-involved shooting in the area of W. 10th Avenue and Sheridan Blvd. just before 8 p.m. after getting reports of shots fired not far from that location.

About 40 minutes earlier, an agent was doing a routine patrol in the area of W. 13th Avenue and Ames Street when they noticed a man shooting off rounds at Mountair Park. It’s unclear what the suspect was shooting at.

Police made contact with the suspect, but he did not comply with their orders. They followed him down an alley near 13th Avenue and Ames when he reportedly fired more rounds, including several at the police agents. The agents returned fire, fatally wounding the man.

The man died on scene and no officers were injured, a spokesperson said.

A handgun was recovered at the scene.

An official at the scene of the crime told Denver7 photojournalist Chris Blake that “many officers were involved” in the shooting. It's unclear at this point how many fired their weapons at the suspect.

The Jefferson County Critical Incident Response Team is handling the investigation of this incident.

You can watch the press conference in full in the video below:

This is a breaking news story. Check back for updates.