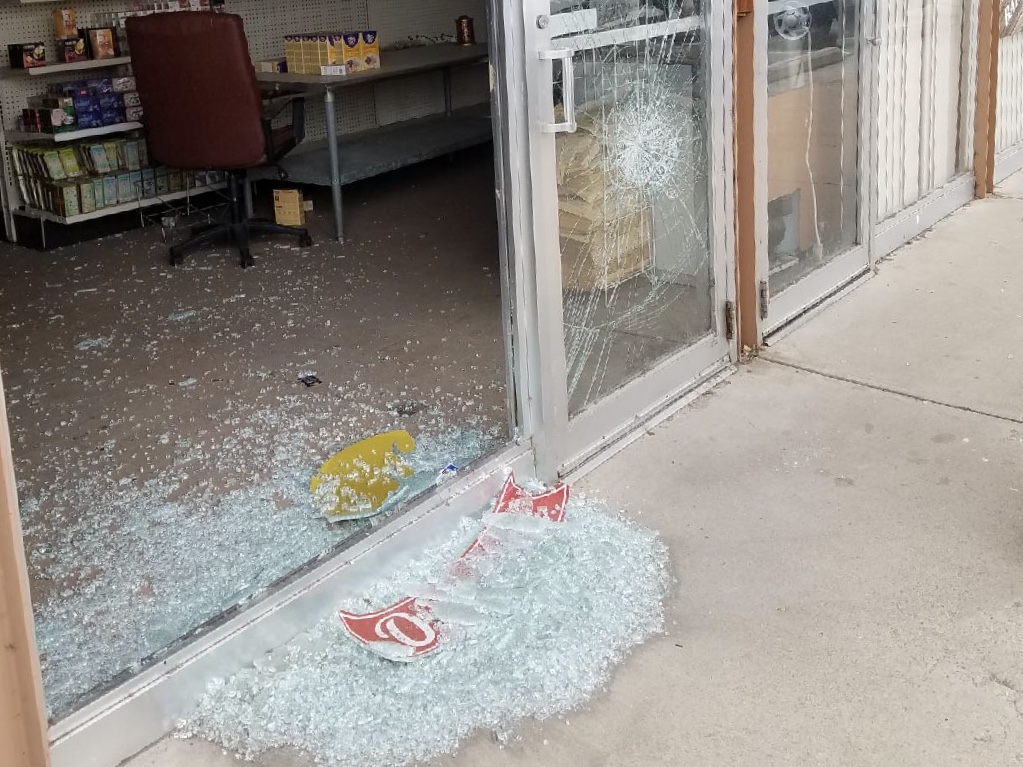 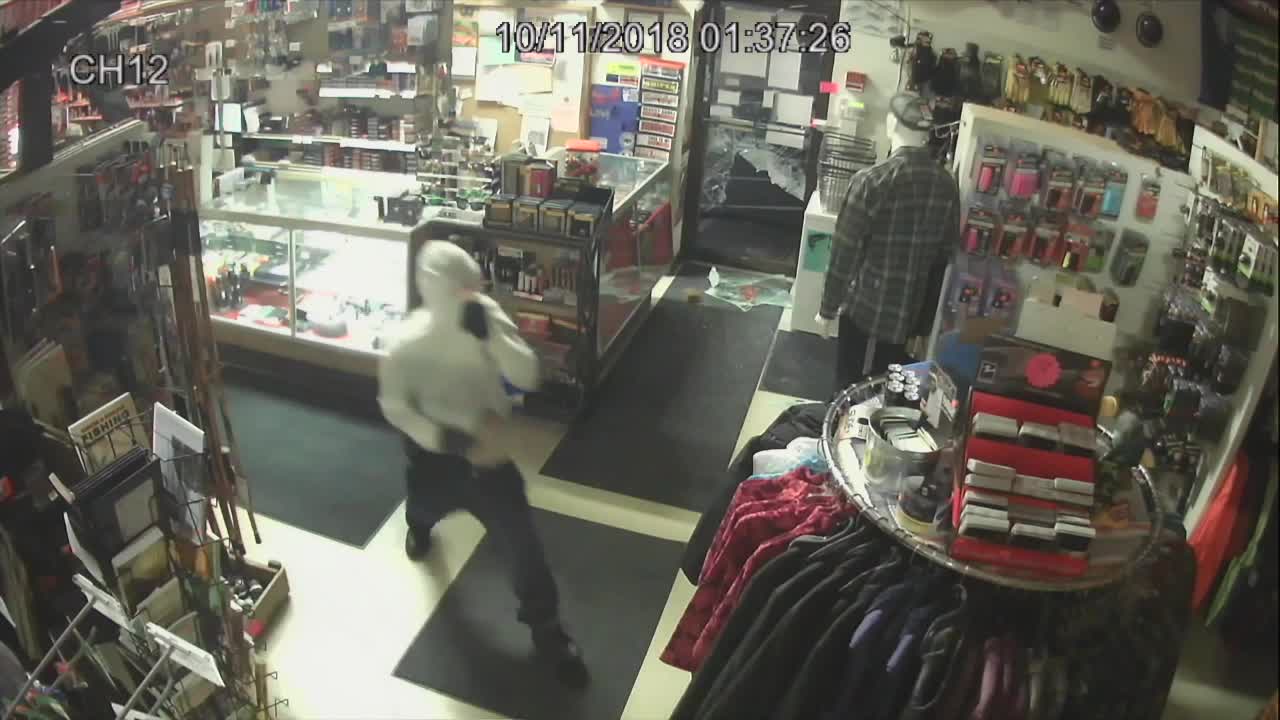 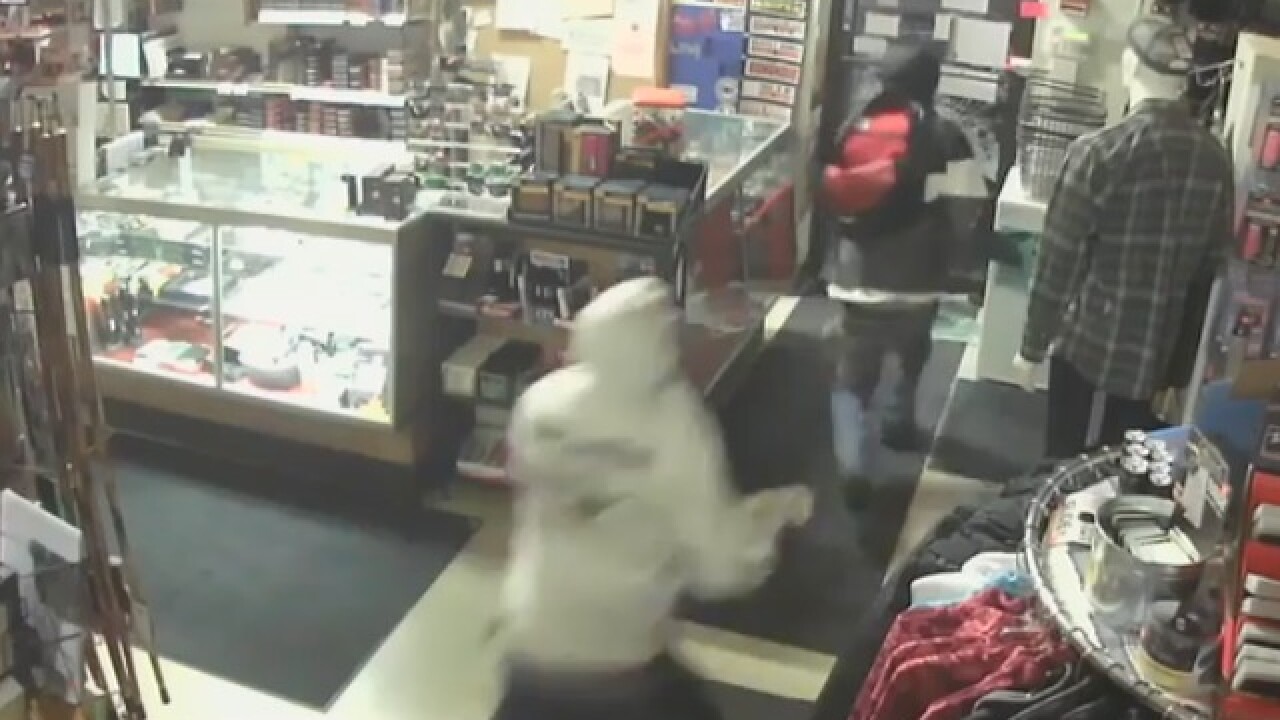 Security video shows four individuals crawling through a hole in the south door of the Arvada Army Navy Surplus store in Olde Town.

“The door was smashed, and ammo and knives and stuff were thrown across the floor,” said owner Steven Cohen. “The cash register was gone.”

Cohen suspects the thieves were looking for cash and guns.

“(One) guy grabbed a bunch of toy guns, thinking they were real,” he said, “and then sort of looked down at them and threw them back on the floor, so I’m thinking they thought we were a gun shop, but we’re not.”

About 2.5 miles away, the sound of electric saws permeated the air, as work crews cut plywood to fit into door frames and window frames compromised by the thieves at European Bakery and Deli and the nearby Donut Time.

European Bakery owner Zuhro Ashurova told Denver7 that she was awakened by a phone call from her alarm company around 3 a.m.

She found shattered glass inside and outside of her bakery, canned items and candy strewn all over the store, and a large rock resting on the floor in the back.

“It was a real mess,” she said. “We didn’t open today, and we didn’t make any money because we had to deal with this.”

Arvada Police say all eight businesses were apparently targeted by the same group of people.

Security video shows the people involved taking off in a small white sedan. Police believe it may be a white late 1990s model Honda Civic.

Were the thieves just after money? Were the businesses just random targets?

“That’s the question everyone is asking me,” said Jonathan Sawaged, owner of Simms Pipe and Tobacco. “I’m asking myself that.”

Sawaged said the people who broke into his shop took several cartons of cigarettes.

While Sawaged visited with Denver7, work crews took measurements of the door in front of his shop.

He and the other shop owners hope it’s the last time windows and doors will have to be replaced.

Police are looking for any information that could help with the identification of the people involved.

One of the suspects is wearing a light gray hooded sweatshirt with the words – True Religion – printed on the back.