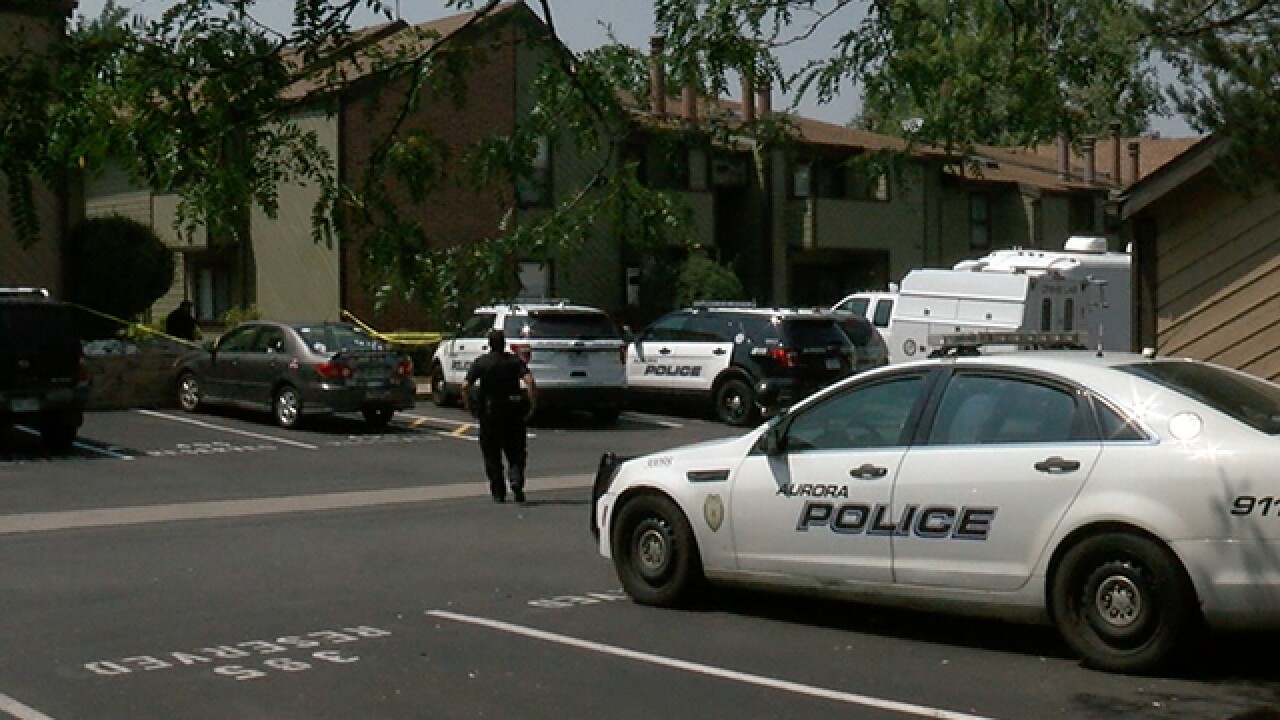 Copyright 2018 Scripps Media, Inc. All rights reserved. This material may not be published, broadcast, rewritten, or redistributed.
<p>Police investigated a homicide Monday at an apartment complex near E. Harvard Ave. and S. Peoria St. in Aurora.</p>

Officers were originally called out to the apartment complex in the 12000 block of E. Harvard Ave. just before 7:30 a.m. Monday on reports of what police called a “suspicious occurrence.”

When they arrived, they found a man unresponsive inside the home. He was pronounced dead at the scene and has not been identified.

Aurora police said the homicide and major crimes units were investigating the incident Tuesday afternoon. They said no further information was available at 2:20 p.m. because the investigation was in its early stages.