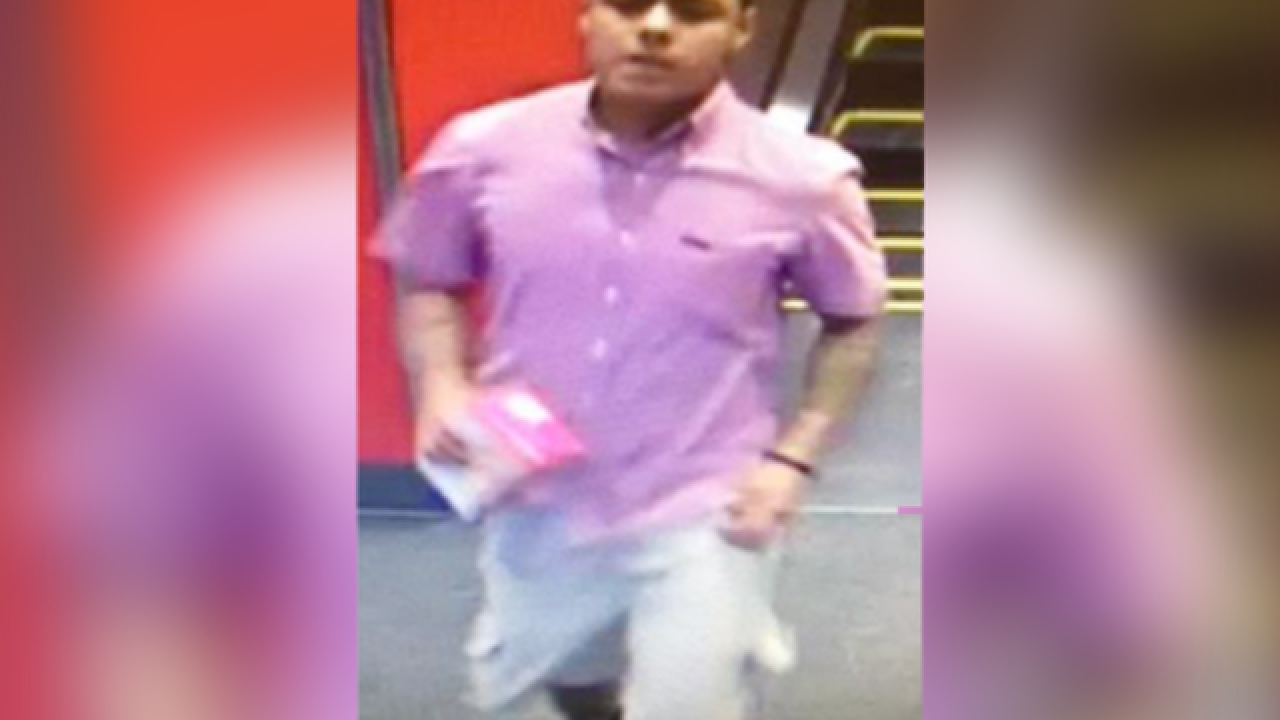 DENVER — Police in Denver are asking for the public’s help identifying a man wanted for upskirting at a Denver Target store.

According to a release from Metro Denver Crime Stoppers, the man was seen taking photos under the skirt of a victim at the Target store on the 16th Street Mall.

The release says he is suspected of committing similar offenses at other locations. But authorities have yet to share information on those other cases.

The man is described as Hispanic male in his 20s.