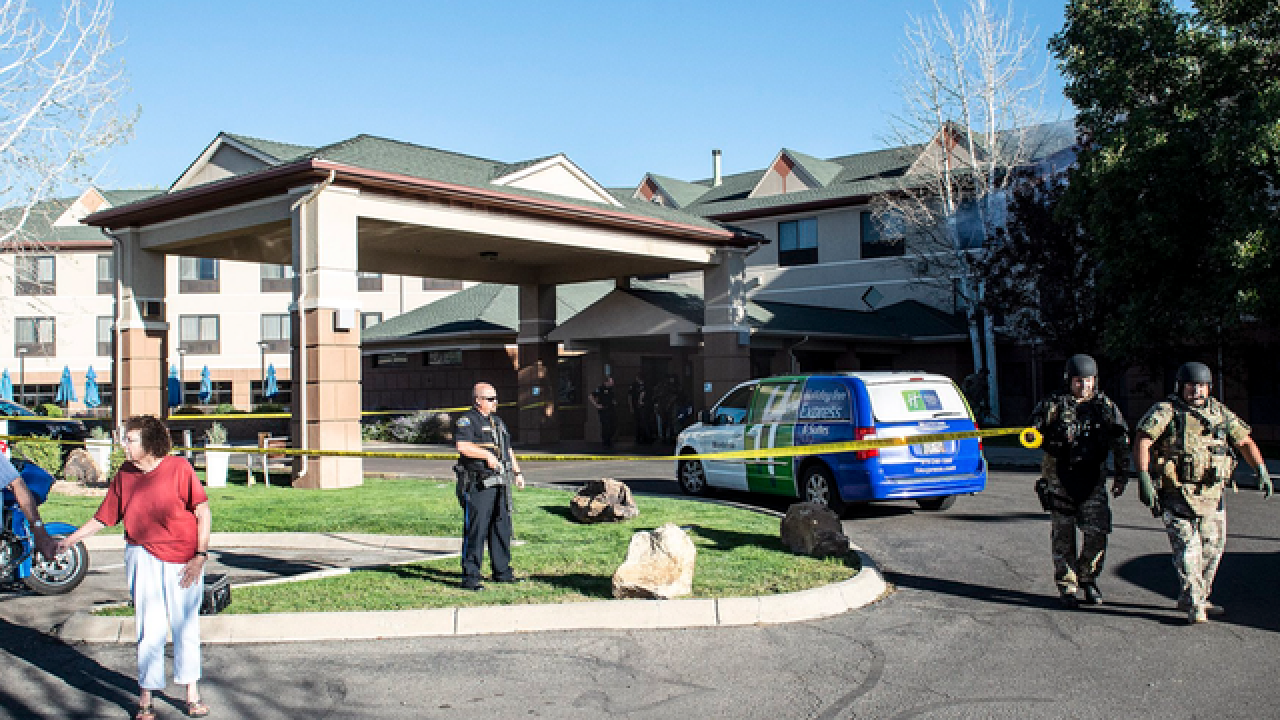 MONTROSE, Colo. — Police in Montrose exchanged gunfire with a man who they say barricaded himself inside a hotel after he was refused a room at the fully-booked Holiday Inn Express early Wednesday morning.

Around 5 a.m., a man entered the hotel, 1391 South Townsend Avenue, and demanded a room, according to a City of Montrose release.

According to the release, when staff told the man the hotel was fully booked, the suspect threatened staff with a gun and barricaded himself in a room near the lobby.

Police were called to the hotel and evacuated the three-story building while they engaged the barricaded suspect. According to KJCT , police said an "exchange of gunfire did occur" at some point during the standoff.

The Montrose Daily Press reports the suspect was hit during the shootout and taken to Montrose Memorial Hospital. His condition is not known. No other injuries were reported.

The man’s identity has not been released. No other details were immediately available.