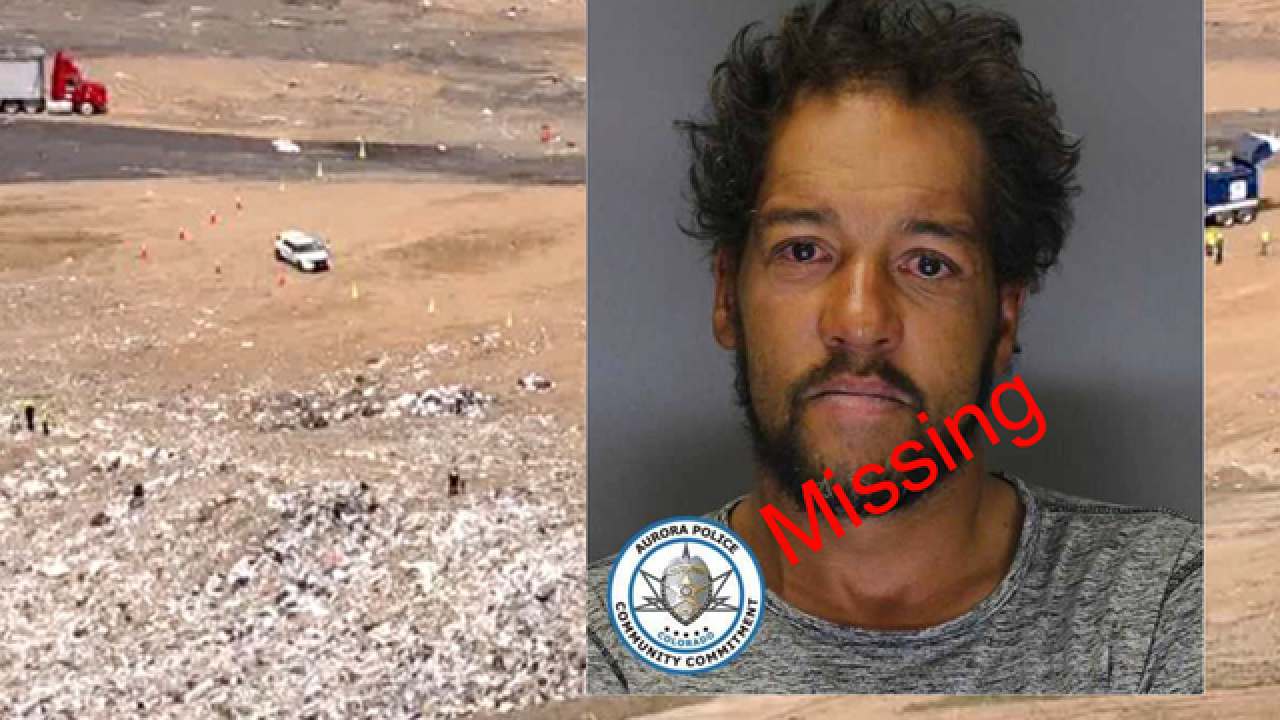 AURORA, Colo. — Human blood found near a dumpster in Aurora last week has been identified as belonging to a missing man, police announced Tuesday.

An analysis of the blood was conducted and after DNA testing, it was determined the blood belongs to 43-year-old Eric Todd Ewing, who was subsequently reported as a missing person by the Aurora Police Major Crimes Unit, a police department release read.

The blood was found Aug. 20 on the west-side ally of the Del Mar Apartments, Aurora police said. Early the next day, authorities began searching the Denver Arapahoe Disposal Site Landfill for a possible body. But police said Tuesday that the dump search yielded no additional clues.

The circumstances surrounding Ewing’s disappearance are not known at this time. Police say he is homeless and frequents the area around East 6th Avenue and Peoria Street and the area of East Colfax Avenue and Florence Street.