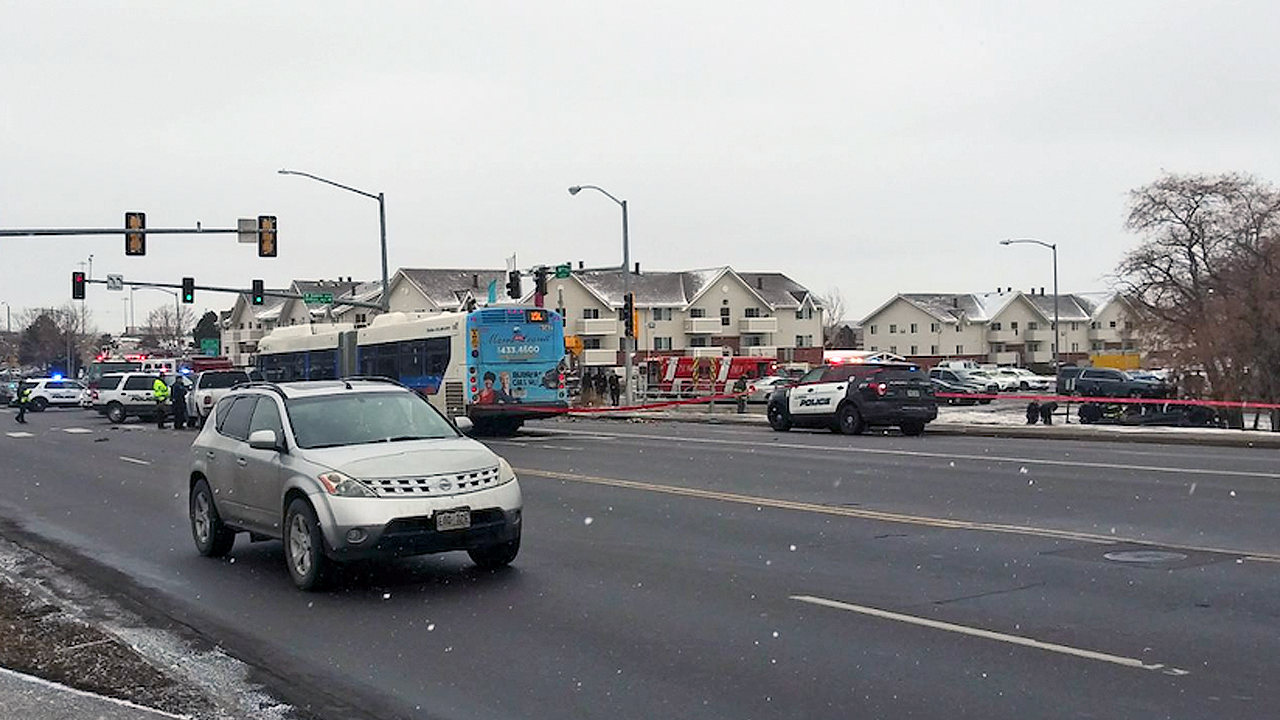 The crash occurred around 11:30 a.m. after the driver of the stolen truck ran a red light at East 6th Avenue and North Sable Boulevard. The pickup truck struck the bus, another pickup truck, and an Aurora City Parks and Recreation vehicle, according to police.

The stolen pickup truck rolled, striking a power box, and came to rest in the ditch just north of E. 6th Avenue and N. Dillon Way. Multiple people had to be extricated from the stolen pickup truck. In total, there were nine people injured: seven minor injuries, one serious, and one critical.

The truck was stolen from Morehead Recreation Center after the keys were taken from an unsecured locker at the facility, police said.

The damage to the power box has caused power outages in the area. The intersection was closed for some time while officers were investigating this incident.

Police are not releasing names or possible charges at this time.