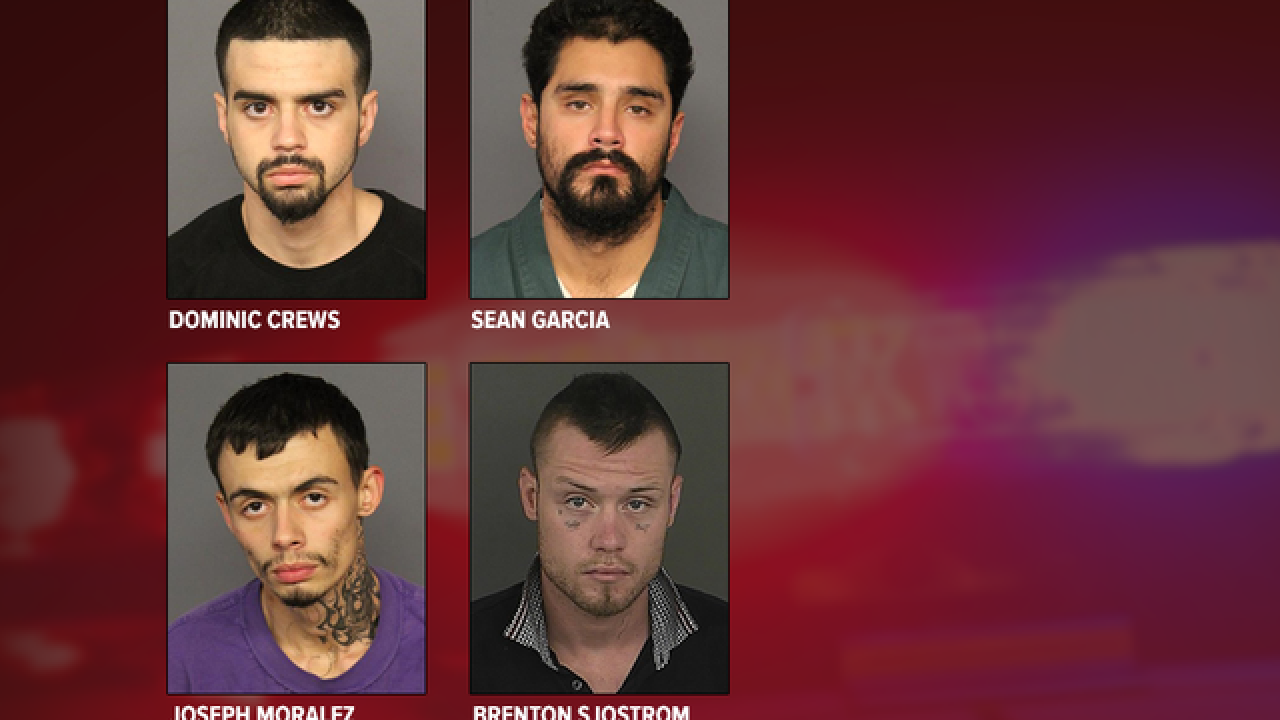 DENVER — Ten people accused of organizing and participating in a massive criminal enterprise involving the theft of over a half million dollars of property to obtain drugs were indicted on several charges.

According to a statement from the Denver District Attorney's Office released Wednesday, between May and September 2017, the suspects stole at least 13 cars and burglarized over 20 homes throughout the Denver metro area.

The suspects allegedly gained entry into homes by breaking windows, crawling through pet doors, and in one incident, by forcing their way inside with guns, robbing two residents. The stolen vehicles were used primarily to facilitate other burglaries and then abandoned.

Authorities say the suspects managed to steal over $500,000 worth of property and associates allegedly traded or sold the stolen property to obtain drugs, including heroin and methamphetamine.

A Denver Grand Jury returned an 85-count indictment against alleged ringleaders Dominic Crews, 22; Sean Ryan Garcia, 27; Joseph Moralez, 22; and Brenton Sjostrom, 28; are each charged with one count of violation of the Colorado Organized Crime Control Act.