Boy was locked in bedroom and never attended school 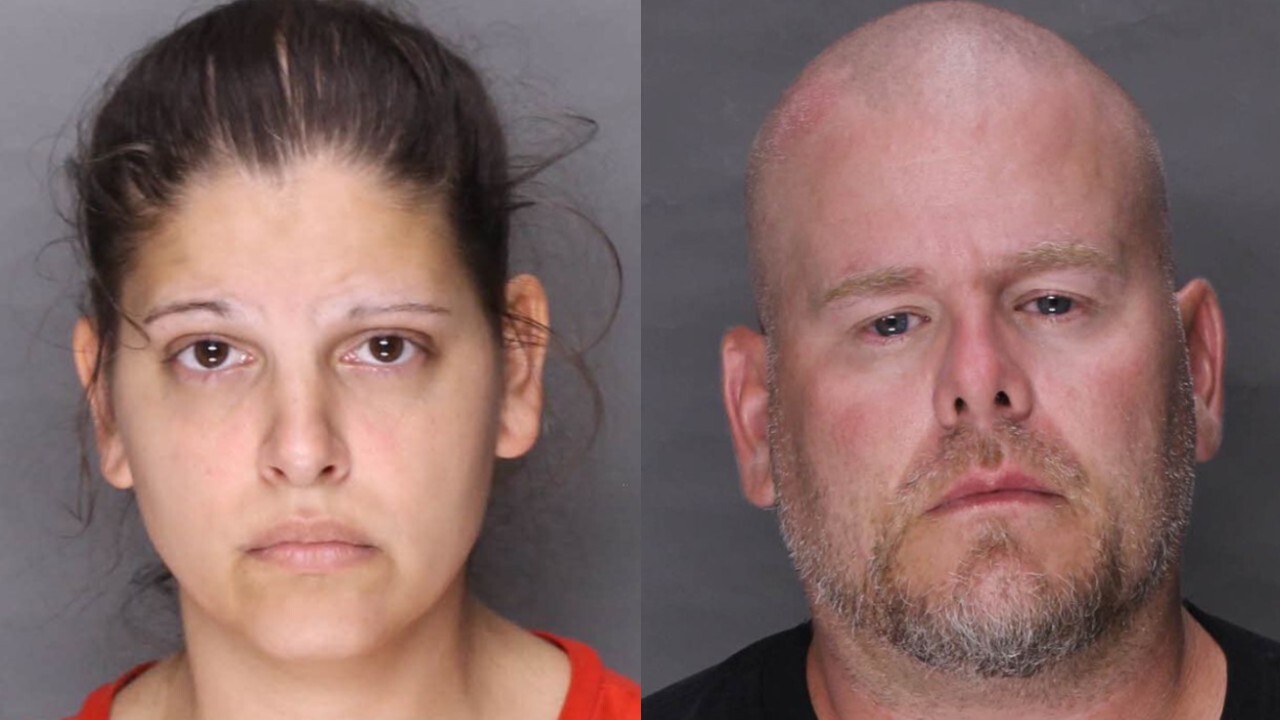 WARNING: Some information in this article is disturbing.

LEBANON COUNTY, Penn. – A Pennsylvania father and his fiancée have been charged with the killing of the man’s 12-year-old son, whose body was found in horrific conditions earlier this year.

The Lebanon County District Attorney’s Office said in a press release Monday that police found the body of Max Schollenberger on May 26, completely naked and sprawled across a bed on the second floor of his family's home in Lebanon County.

The DA says Max’s body appeared malnourished, and the boy and the bed he was on were completely covered in fecal matter. Detectives reported claw marks in the sheets and said the marks made indentations on the stained feces.

Max’s bedroom was entirely devoid of light and furniture, aside from the bed where he died, according to the DA. Shades were reportedly taped to the room’s windows and doors were screwed shut over them, so the child couldn’t see out.

The DA says the door to the room had three metal hooks, which Max’s father, Scott Schollenberger, and his fiancée, Kimberly Maurer, admitted to using to lock the boy inside.

During an investigation of Max’s life and ultimate death, detectives learned Kimberly had acted as the victim’s mother for the past decade and that she had other biological children with Scott. The DA says those kids lived in the same house, but they were “healthy, well-adjusted and cared for.”

When the other children were interviewed, they reportedly described the stench that emanated from Max’s room and how their parents refused to let the boy out.

The DA says family members and acquaintances reported they had not seen Max in quite some time, and certain people connected to the family were entirely unaware of the boy’s existence.

At 12 years old, the DA says Max was never registered for or attended school, and he also hadn't received any medical care since was 2 years old.

A forensic autopsy led to multiple findings compatible with starvation and malnutrition and multiple blunt force traumas throughout the child’s head, face, and body, according to the DA. Specifically, a doctor found Max weighed just 47.5 pounds at his death and was only 4 feet 1 inches tall.

“He was nowhere near the size, weight, or stature appropriate for a child of his age,” said the DA. “All four of the child’s limbs showed a severe lack of muscle mass; his bones themselves showed a weakened state.”

The doctor concluded that Max died as a result of blunt force head trauma complicating starvation/malnutrition, and his death was ruled a homicide.

“Today marks the first step in the long path of justice for this little boy. Max Schollenberger existed – I will not call this living – in a state of perpetual suffering; he existed in the most egregious and foul of conditions. He remained starved, locked away, and isolated until his killing. This child never looked forward to his first day of school, blew out candles on a birthday cake, or experienced the unconditional love of family. Max Schollenberger died in soiled sheets, covered in his own feces,” said District Attorney Hess Graf. “Murders such as these are haunting, both for the community and for the law enforcement involved. I want to commend our Detective Bureau and the Annville Township Police for their thorough and detailed investigation. Our Office will always fight for vulnerable, defenseless victims. The utter despair that was Max Schollenberger’s life begs for justice for his death.”