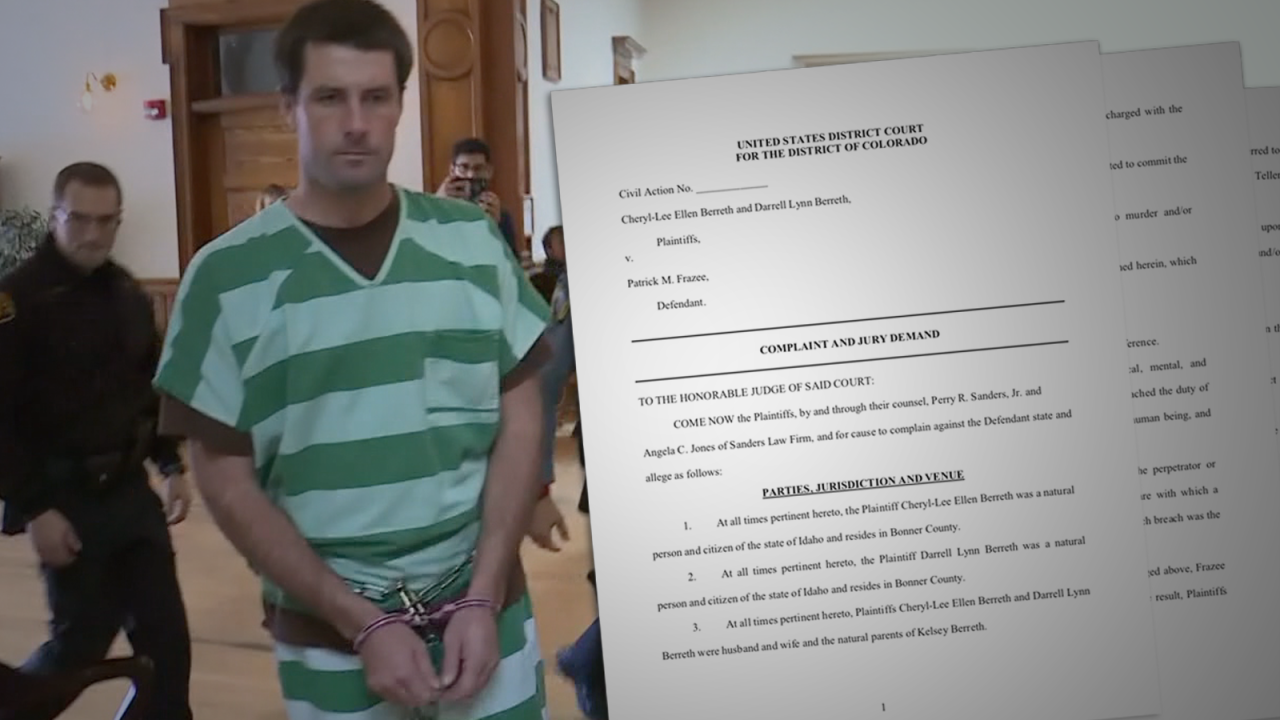 DENVER – The attorney for Patrick Frazee filed a motion Monday in federal court arguing that the wrongful death lawsuit filed against him by Kelsey Berreth’s parents should be dismissed because they don’t have legal grounds to sue.

The Idaho couple is seeking an unspecified amount for their grief and suffering connected to the death of their 29-year-old daughter, who has been missing since Thanksgiving Day and is presumed dead, though her body has not been recovered.

Frazee was formally charged with murder at the end of December. Authorities allege he tried to find someone to kill Berreth three times between September and November and causing her death on or around Thanksgiving.

Frazee and his attorney argued in a Monday filing that Berreth’s parents have no standing to bring the lawsuit in federal court in Colorado because Berreth has a surviving 1-year-old daughter.

Frazee’s attorneys also argue that Berreth’s parents were not the targets of emotional distress allegedly perpetrated by Frazee because they were not physically present, and that since the Berreths do not have standing in the court, they cannot amend their original complaint to include Berreth’s daughter as a plaintiff.

“Patrick Frazee is entitled to dismissal because Kelsey Berreth has a daughter which fact precludes Kelsey Berreth’s parents from bringing a wrongful death claim against him,” Frazee’s attorney wrote in the motion to dismiss. “The plaintiff parents are unable to amend the complaint to add a new plaintiff to cure this defect.”

ABC News reported in recent weeks that authorities sought to search a landfill in Fountain in connection with the case, but authorities have not released further information about the searches or any other possible arrests.

Frazee faces two counts of first-degree murder and three counts of solicitation. He has not entered a plea in the case and is due next back in court on Feb. 19.