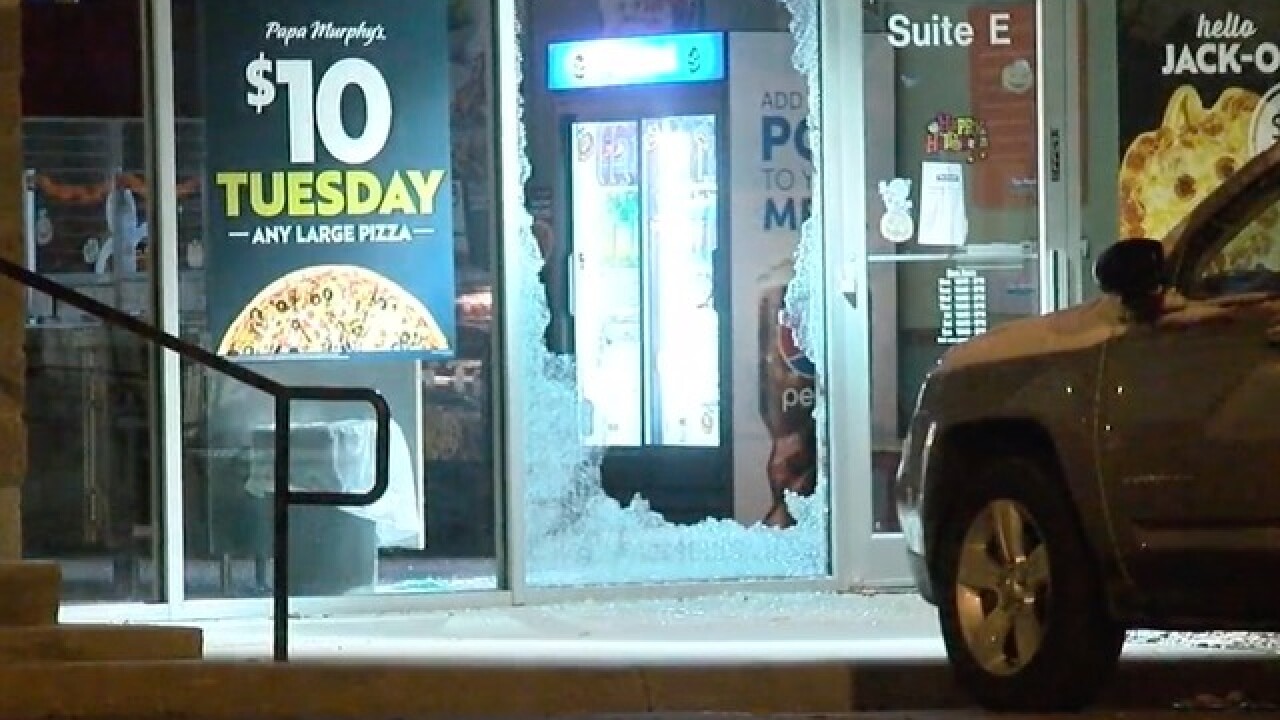 PARKER, Colo. — A day after seven smash-and-grabs were reported around Parker, police are investigating three new break-ins around the town.

The three businesses that were hit Tuesday morning were Cost Cutters at 12089 Parker Road, The Local at 19565 Mainstreet and Swirls Frozen Yogurt at 19751 Mainstreet. All of the burglaries occurred just after 5 a.m.

Parker police said the Tuesday crimes were committed in the same manner as the ones from Monday morning — the suspect smashed a front window to get inside the business. The person was wearing a ski mask and gloves, but police said they are still working to obtain a more thorough description.

Police said these burglaries are under investigation.

The Parker Police Department said it will increase patrols around the town.

Police are still investigating Monday’s burglaries, and are checking to see if they are linked to Tuesday’s crimes. The seven locations hit Monday morning were:

To avoid further burglaries, police are encouraging businesses to make themselves less appealing to criminals by hiding valuables, emptying cash registers each night and installing after-hours security lighting and security systems (or ensuring the ones in place work).

Anybody who sees something suspicious is encouraged to call the Parker Police Department at 303-841-9800. If you spot a crime in action, call 911.