Man shot and killed in Arvada was wanted for multiple crimes, police say 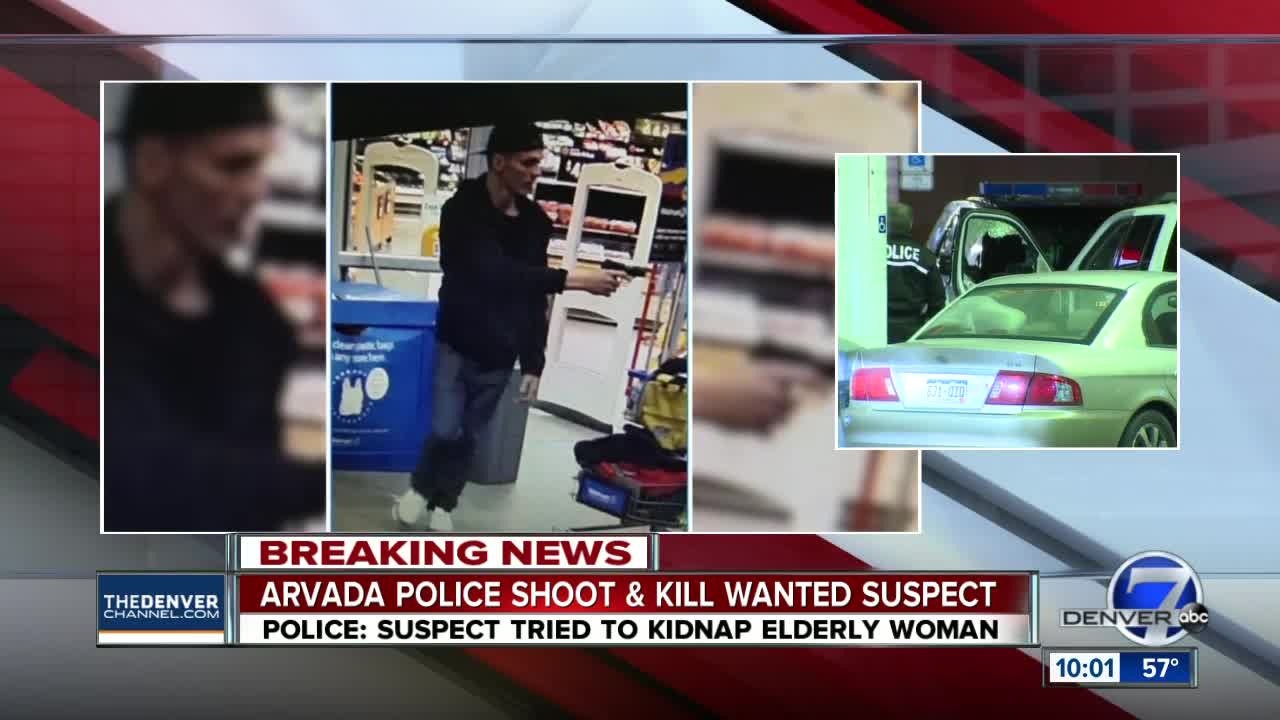 Officials with the Arvada Police Department said none of their officers were hurt in an officer-involved shooting in Wheat Ridge Thursday evening. 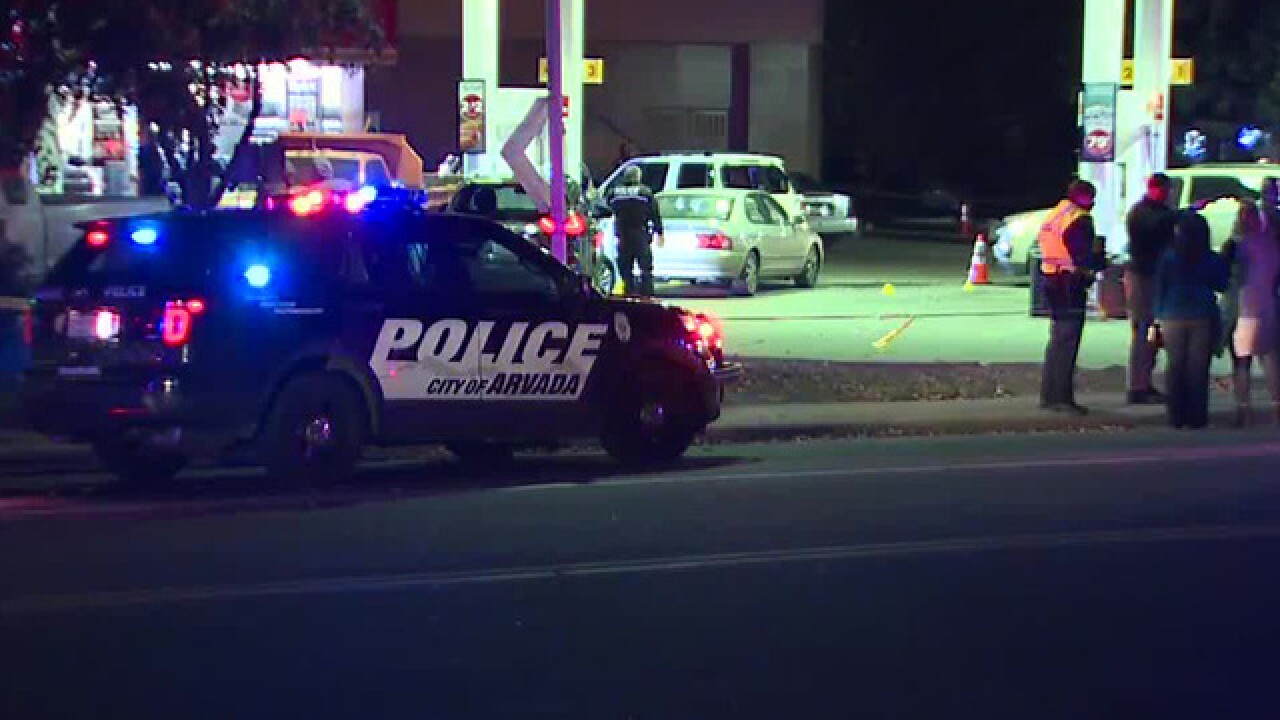 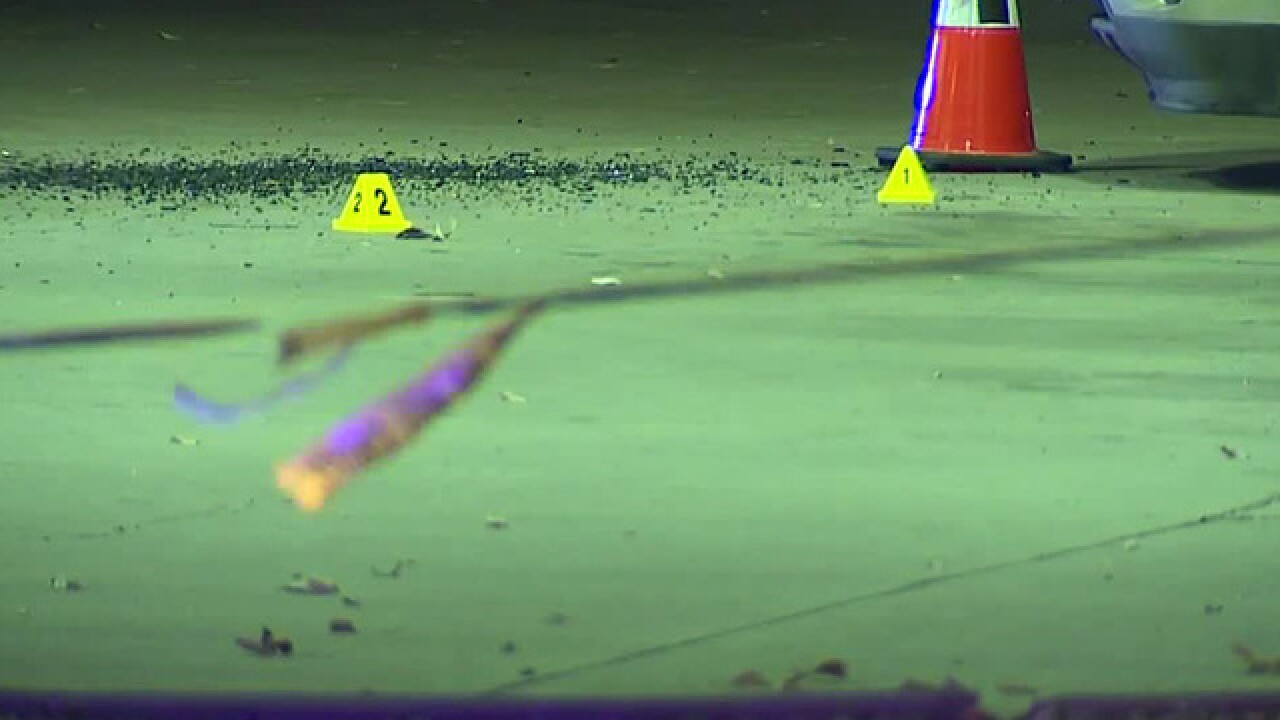 WHEAT RIDGE, Colo. – A man who was shot and killed by police near the Arvada-Wheat Ridge border was wanted on multiple crimes including a robbery, a burglary, a kidnapping, a car theft as a well as a felony warrant, police said during a press conference Thursday evening.

The suspect, who was shot by Arvada police in Wheat Ridge, said the man’s long list of crime started in Arvada, in the area of W. 58th and Kipling Parkway on Wednesday. His identity hasn't been released.

The man was wanted not only on a felony warrant, but also on robbery and burglary charges, as well as for keeping an elderly woman against her will inside her apartment after he had broken into her home sometime Wednesday, an Arvada Police Department spokesperson said during a press conference near a Shell gas station where the officer-involved shooting occurred.

The spokesman said the elderly woman who was held against her will was severely injured after the man broke into her home but was able to survive the encounter.

The suspect, who was driving a stolen car, ended up in the area of W. 49th Ave. and Kipling, where Arvada police followed the man to take him into custody.

As they made contact with the man, an altercation occurred and officers fired several shots at the suspect, who was taken to a hospital where he later died.

No Arvada officers were injured in the shooting, the spokesman said.

Police could not confirm if the suspect had fired any shots at the officers during the altercation, or how many officers shot the suspect. The spokesman at the scene of the deadly shooting, however, said the suspect was caught on surveillance video with a weapon during a story robbery the day before. You can watch the press conference in the video below: