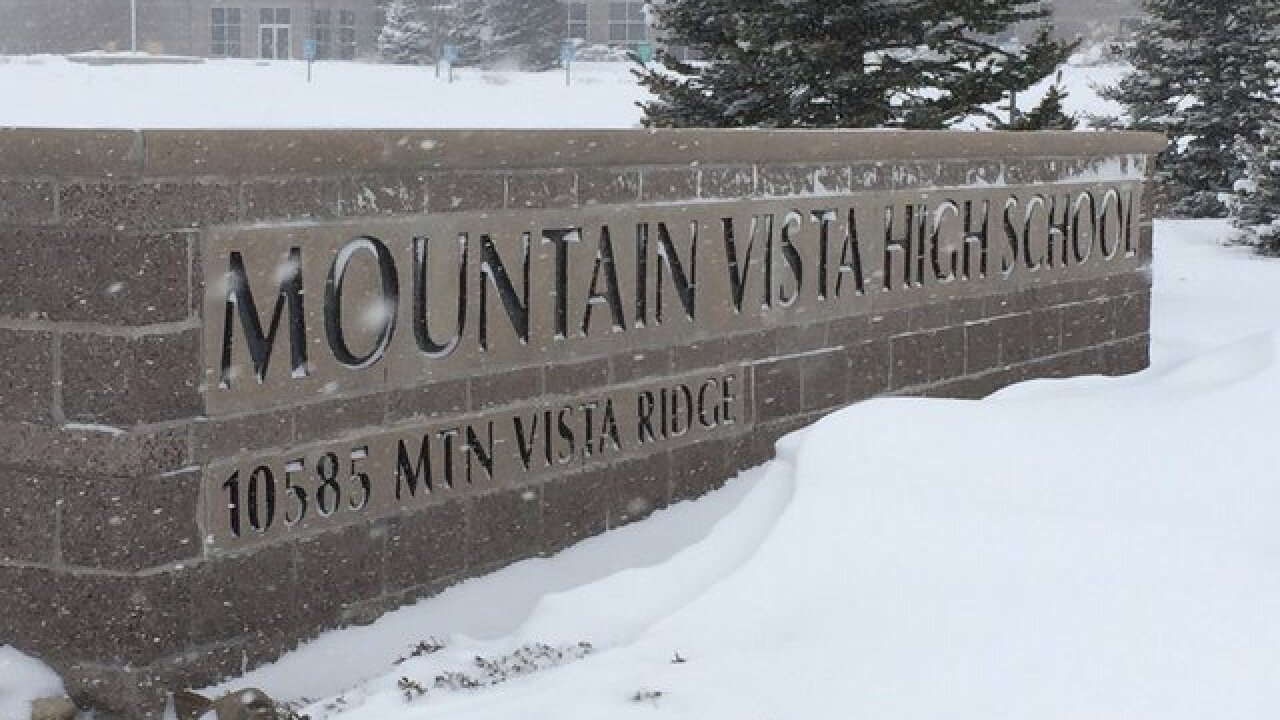 HIGHLANDS RANCH, Colo. – It’s been three months since a black Mountain High School student reportedly punched a white student wearing a Nazi jacket in the face, but the incident has only come to light after a video of the fight went viral this week.

The fight, which happened in August, began at lunch break in front of the Highlands Ranch high school, when the white student in the Nazi jacket was doing a T-pose, which is a popular meme among gamers to demonstrate dominance or power, said Lt. Lori Bronner with the Douglas County Sheriff’s Office.

Historically, some members of the Ku Klux Klan have used the post to “represent a burning cross,” Bronner told Denver7.

The black student then briefly walked away but returned to confront the white student once again before punching him in the face, causing the student to fall to the ground, according to Bronner.

She said the student wearing the green Nazi jacket then got up, grabbed a rock and threw it at the black student, missing him.

According to Bronner, the student who threw the punch then ran after his peer and kicked him after he fell to the ground. She said the student in the Nazi jacket curled into a protective, fetal position while calling the black teen a racial slur.

“We’ve had no other situations like this,” said Bronner, adding this type of disputes are very rare.

Bronner said the black student was charged with assault for punching and kicking the white student, and was also charged with harassment and disorderly conduct.

Meanwhile, the white student was charged with harassment, disorderly conduct and criminal attempted assault for throwing a landscaping rock at the black student.

No one was charged with a hate crime.

Denver7 reached out to Douglas County Schools for comment. Paula Hans, a public information officer for DCSD, said she could not discuss specifics on any given student’s disciplinary actions, only saying “a student is not allowed per DCSD dress code policy to wear anything that is offensive or disruptive to the learning environment.”

When asked if the white student's jacket had any Nazi markings, Hans only said the principal at Mountain Vista High School informed her that there were "no markings on the jacket."

According to the Post students said the white teenager was known for wearing this green jacket complete with Nazi regalia. A review by a newspaper reporter of the juvenile’s Instagram account shows multiples pictures of him wearing Nazi uniforms.