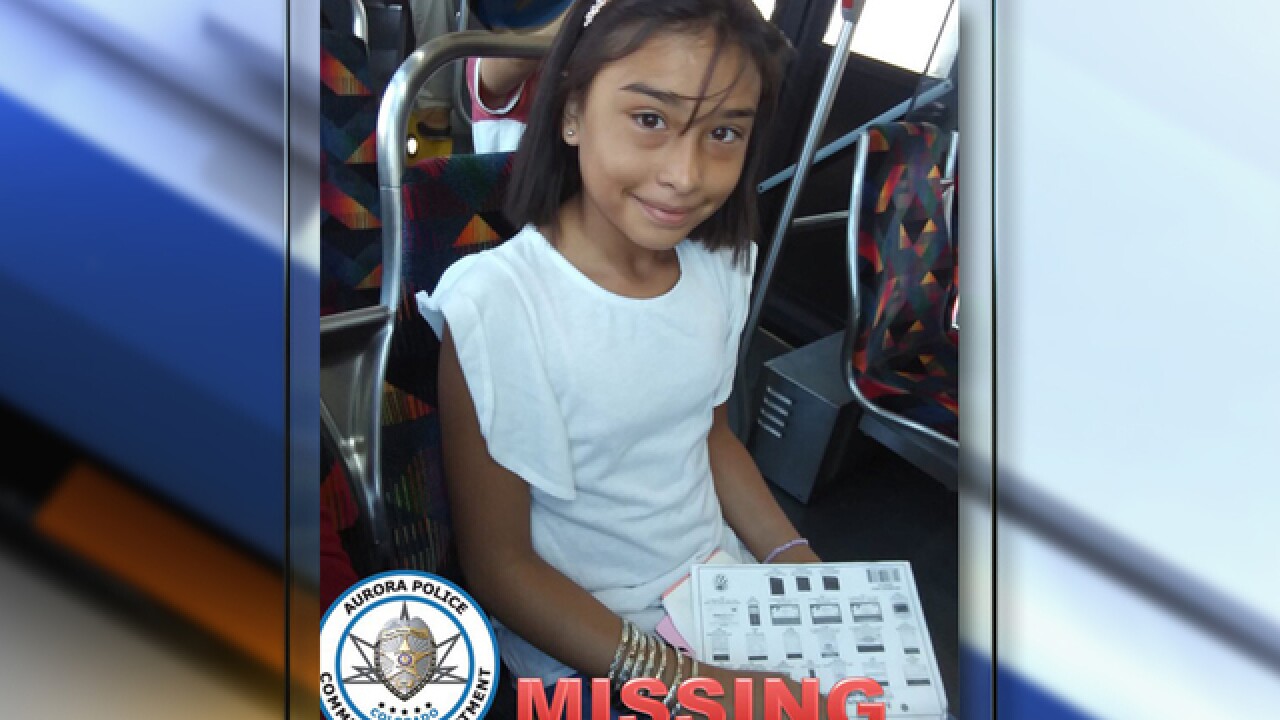 UPDATE | The Aurora Police Department says Jackie has been found safe and sound.

AURORA, Colo. – An 11-year-old girl has been missing for more than a day after she was last seen at an Aurora middle school and police are now asking for your help to find her.

Police said her mother went to pick her up from school at around 12:45 p.m. Friday and the girl wasn't there. A spokesperson for the department said they have no evidence of foul play in her disappearance, as she is believed to have left school with a classmate and may have had a sleep over with this friend.

Moreno-Silva is 4-foot-8 tall, weighs 100 lbs. and has black hair and brown eyes.

If you see hear, call 911 immediately.