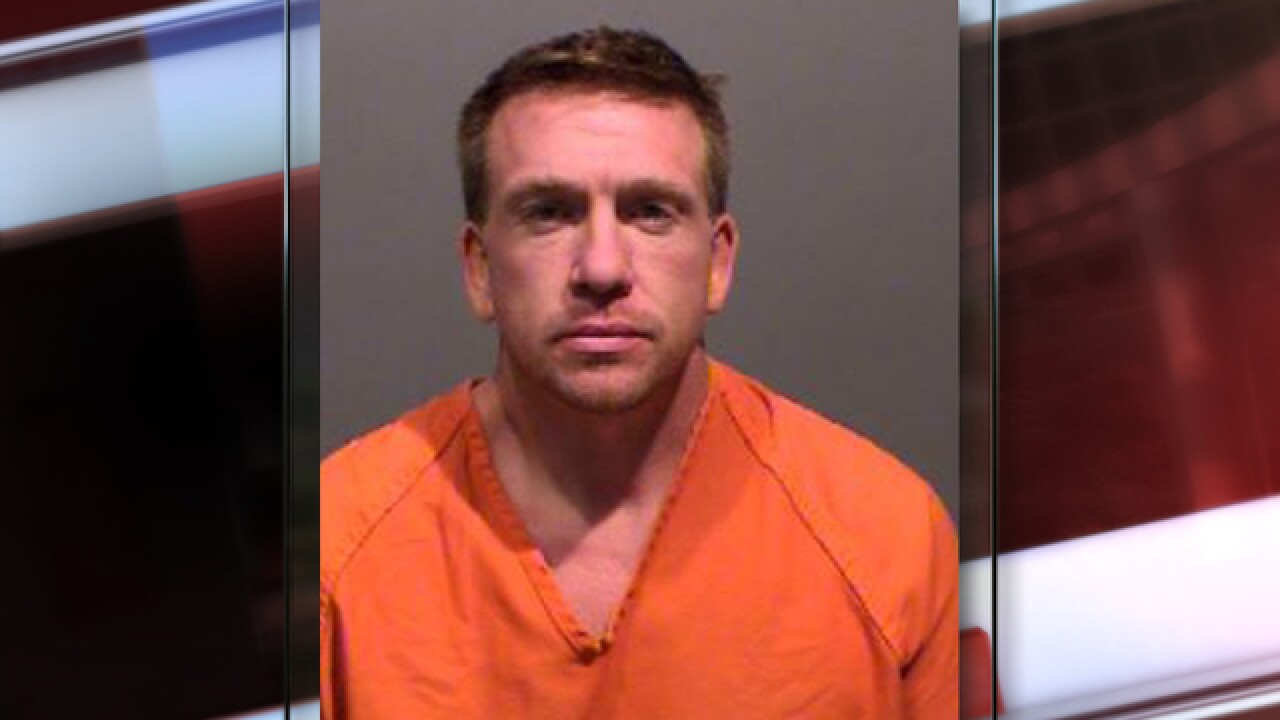 GOLDEN, Colo. — The man who was imprisoned for breaking into Lakewood tanning booths to film naked women in 2015 collided with the law again in 2018 and broke his probation. He was subsequently sentenced to 60 years in prison earlier this month.

Brandon Alexander Hansen, 40, of Lakewood, was sentenced on a probation revocation on Nov. 6.

Back on April 30, 2015, he was sentenced to eight years in prison , followed by 10 years of Sex Offender Intensive Supervision Probation (SOISP) after he broke into tanning booths at a Lakewood tanning salon and secretly filmed unclothed women while they tanned, according to the Jefferson and Gilpin Counties District Attorney’s Office. He had pleaded guilty the month prior to 20 counts of burglary and 20 counts of invasion of privacy for sexual gratification.

In this 2015 case, 20 women between the ages of 17 and 61 came forward and described how this had happened to them.

Hansen was required to register as a sex offender after his time in prison.

After two years in prison, in October 2017, Hansen was released with three years of parole and SOISP.

On Sept. 12, 2018, a warrant was filed alleging that he had violated the terms and conditions of his SOISP. His probation was ultimately revoked on Sept. 27.

In addition, Hansen was required to actively participate in a sex offender evaluation and treatment program, but on Sept. 11, the evaluator and treatment provider terminated him from the program not only for the previously listed violations, but also because of his “ongoing secret-keeping, manipulation, and deception,” according to the district attorney’s office. They also had safety concerns about the man.

When a probation officer searched Hansen’s home, they found ammunition and hunting knives.

During Hansen’s re-sentencing hearing on Nov. 6, the prosecutor asked that he be given prison time since supervision and treatment had no impact on his actions.

She said that Hansen was engaging in high-risk, unapproved, sexualized behaviors and while Hansen did deny victimizing anybody, the prosecutor said he displayed predatory behavior by searching online for minor-themed sexual material and then visiting minor-oriented locations.

District Court Judge Lily Oeffler said she had significant concerns about Hansen and sentenced him to three years in prison for each of the 20 victims from the original 2015 case, totaling 60 years.

“Hansen’s behavior is incorrigible,” said DA Pete Weir. “He feels no connection to how his conduct impacts victims. In 2015, we hoped that an eight-years prison sentence followed by the 10-year SOISP sentence, which included treatment, and registering as a sex offender, would help ensure safety for the community. We were mistaken. This lengthy sentence is a necessary step to protect our citizens.”