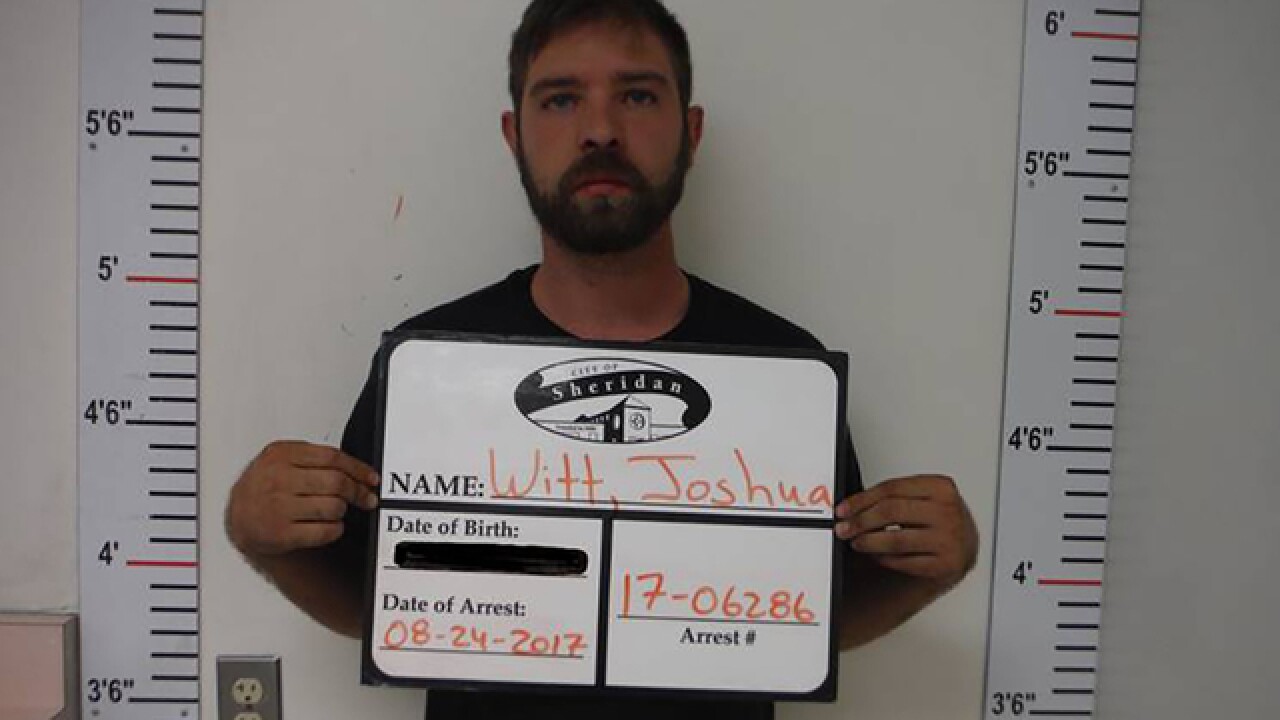 Copyright 2017 Scripps Media, Inc. All rights reserved. This material may not be published, broadcast, rewritten, or redistributed.
<p>Joshua Witt</p>

SHERIDAN, Colo. – A man who claimed he’d been stabbed outside a Sheridan restaurant on Aug. 16 because his haircut made him look like a neo-Nazi actually stabbed himself, police say.

Joshua Lee Witt, 26, was booked late last week on a false reporting to authorities criminal summons, which could land him a fine of $2,650 and up to a year in jail if he’s convicted.

Witt posted his allegations on Facebook after the incident, which he alleged happened on Aug. 16 outside the Steak ‘n Shake at 3502 South River Point Parkway. He also reported the allegations to police.

At the time, Witt told officers a black man in his 20s came up to him outside the restaurant and asked, “Are you one of them neo-Nazis?” and tried to stab him. Witt said he had gotten a defensive wound while trying to stop the stabbing, and posted pictures of his bloody hand to Facebook. He said the man ran off afterward.

Witt, who has a haircut similar to the way some on the “alt-right” have been wearing theirs lately, claimed his haircut may have been the cause for the alleged attack.

But police weren’t convinced, and reviewed surveillance video in the area, and never saw a black man running from the scene. They also discovered that a transient man matching the description lived nearby. They interviewed him and discovered he wasn’t involved.

Police then reviewed more surveillance video—this time from a nearby sporting goods store.

That video showed Witt had bought a small knife from the store just minutes before the attack.

Last Thursday, Sheridan police confronted Witt with the new information, and Witt admitted he’d accidentally cut himself with the knife inside his car, then made up the story about the attack.

He was booked and released on the criminal summons afterward.