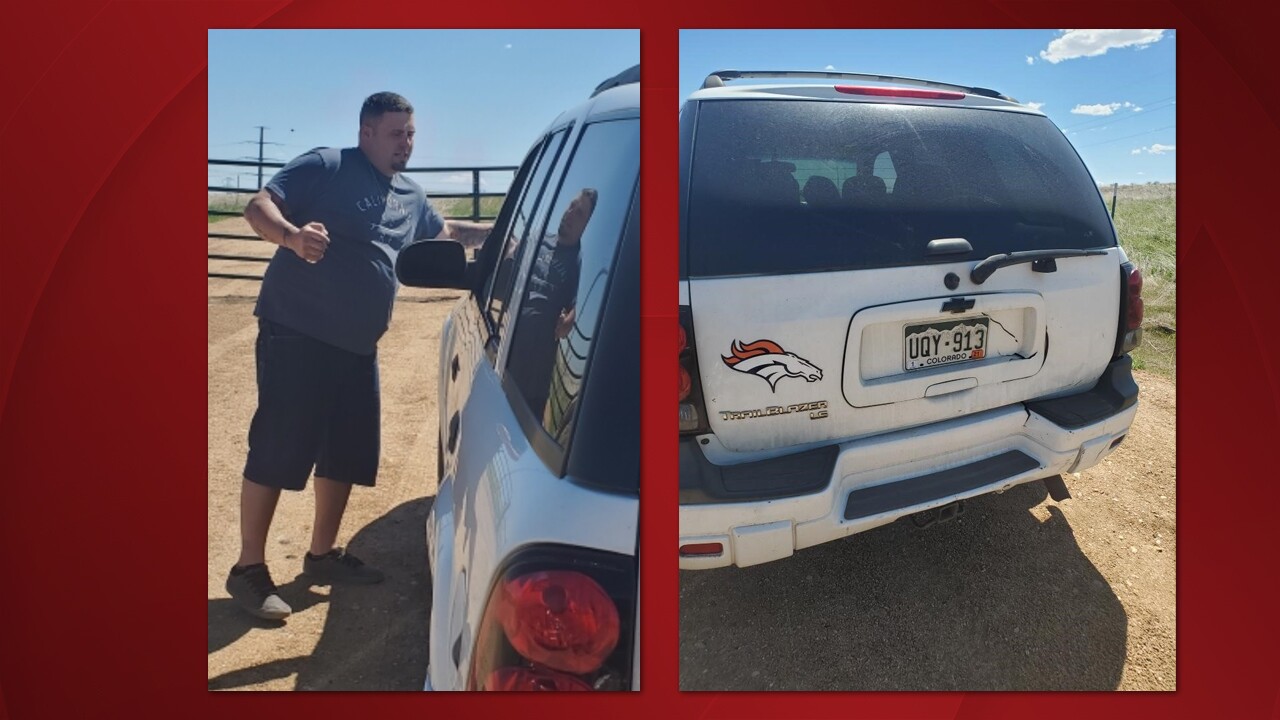 WELD COUNTY, Colo. – A man suspected of shooting at employees of an oil and gas site in Weld County is on the run, and authorities are asking for the public’s help to find him.

Deputies said a Caucasian man in his 30s or 40s with short, dark hair and a goatee reportedly fired “multiple rounds” at employees of an oil field site near Weld County Roads 6 and 29, north of Brighton, on Monday at around 2:15 p.m.

Employees told deputies the man (pictured above) also fired shots at their equipment while driving by in a white SUV.

The employees were not injured, the sheriff’s office said in a news release.

The vehicle was later identified as a white Chevy Trailblazer featuring a Denver Broncos sticker on the left side of the tailgate and bearing Colorado license plate UQY-913.

The driver of the vehicle, whom deputies also identified as “stocky,” was in the company of another person in the SUV at the time of the shooting.

“The sheriff’s office is investigating the incident as an act of random violence and the suspect is considered a threat to public safety,” deputies said in the release.

Deputies also said urged anyone who encounters the suspect’s vehicle to immediately call 911 and asked the public to not approach the vehicle as the suspect is considered armed and dangerous.