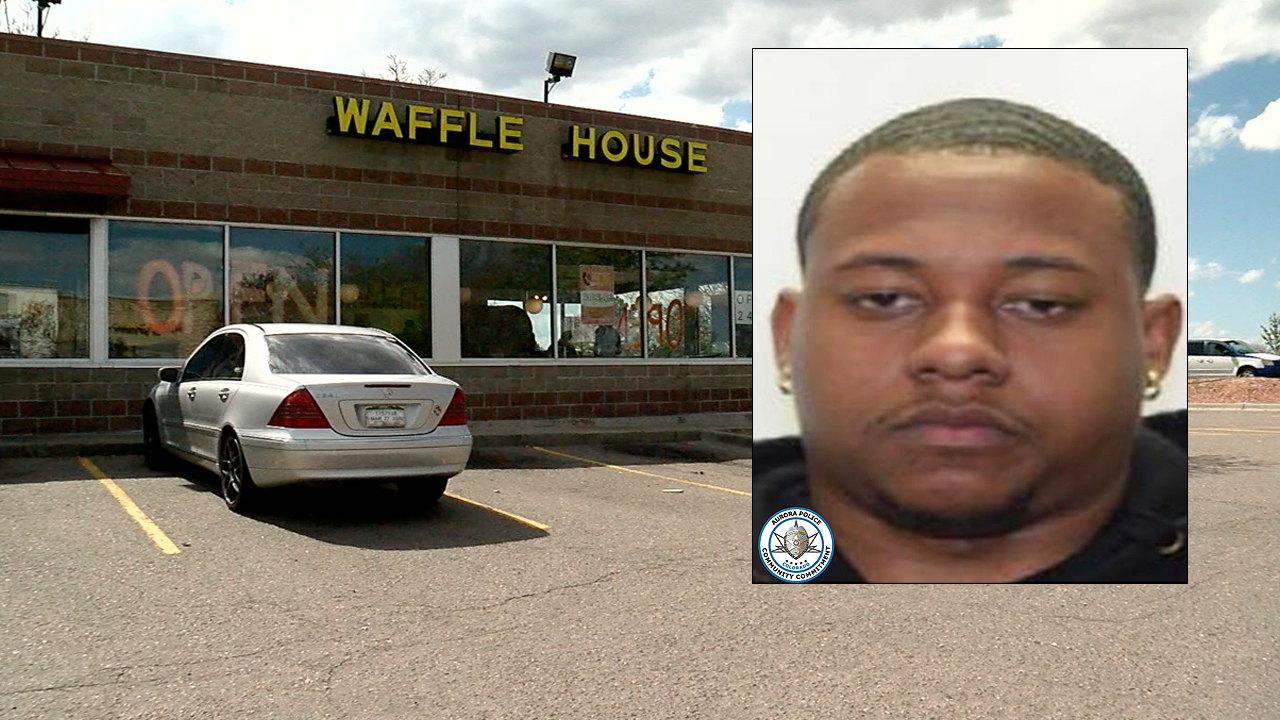 AURORA, Colo. — A man who police say was refused service for not wearing a mask at an Aurora Waffle House was arrested for allegedly shooting the restaurant's cook.

Kelvin Watson, 27, of Denver, was booked on suspicion of first-degree attempted murder for the Thursday night, early Friday morning shooting of a 25-year-old man outside the restaurant located at 12880 E. Mississippi Ave. in Aurora.

The victim, the cook at the Waffle House, sustained serious injuries to his abdomen but was released from the hospital and is expected to recover. He was shot running from the restaurant to his apartment nearby, police said.

Watson was refused service at the same Waffle House the night prior to the shooting for not wearing a mask, according to an arrest affidavit obtained by Denver7 Tuesday. He left and returned with a mask, but he wasn't wearing it over his mouth, and threatened staff at the restaurant, telling the 25-year-old cook, "You better shut the f--k up before I blow your brains out," while allegedly displaying a gun, police said in the affidavit.

Watson left, and police were called, but the victim refused to press charges at the time.

The next evening – Thursday -- Watson returned to the restaurant and again demanded he be served while still not wearing a mask. He was also told to leave because the restaurant was at capacity, the affidavit states. But Watson refused, became very upset, and slapped the 25-year-old victim across the face with opened left hand, according to police.

After the alleged assault, the victim ran out of the restaurant's back door and called police. But Watson followed the victim, making numerous statements to the effect of, "you better shut the f--k up and serve me," according to the affidavit. The victim told police that Watson then shot him once as the victim continued to his apartment a short distance away.

Watson was identified as the suspect after interviewing several witnesses and reviewing surveillance video from the restaurant and along the route the Watson allegedly fled. Staff told police that Watson was a regular at that Waffle House location. During the investigation, Aurora police also learned that he was a suspect in a Denver shooting on April 23, where he reportedly shot up Wyatt's Towing facility for towing his BMW. No one was injured in that shooting.

The Waffle House released the following statement regarding the incident:

"We are deeply saddened and regret that this senseless act of violence occurred, causing injury to a member of our Waffle House family early Friday morning. We have learned that the hospital released our injured associate on Friday afternoon to recover from what has been described as a non-life- threatening injury. Our thoughts are with him, his family and coworkers at this difficult time. We ask that anyone who has any information about this incident to contact the local authorities as soon as possible. We are cooperating fully with the investigation, and direct all additional questions regarding the specifics of this incident to the local authorities handling the case."

Watson had bonded out of jail by Wednesday. A Waffle House spokesperson said the victim is continuing to recover and is "doing well."