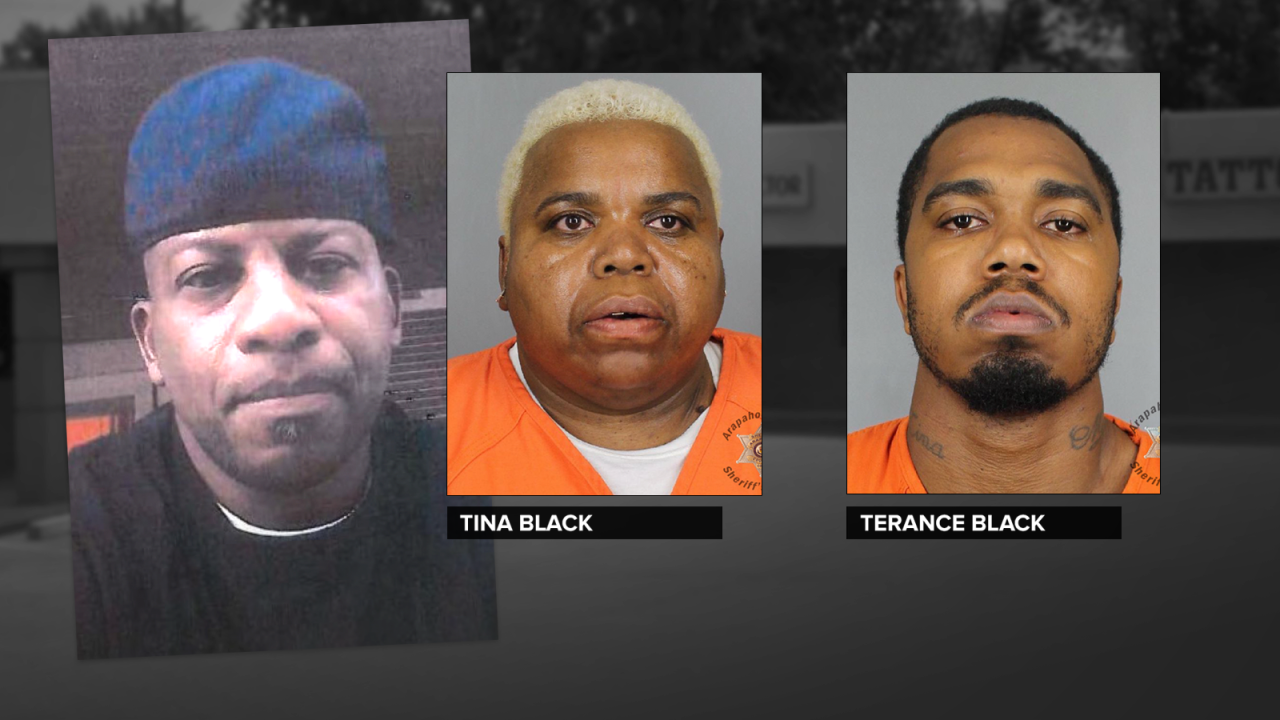 Copyright 2019 Scripps Media, Inc. All rights reserved. This material may not be published, broadcast, rewritten, or redistributed.
Denver7
Terance Black, 28, and his mother, 52-year-old Tina Black, were both sentenced in an Arapahoe County court Thursday to life without parole after they were convicted last week of first-degree murder in the October 2016 shooting death of David Henderson. They both received additional years for other crimes as well. 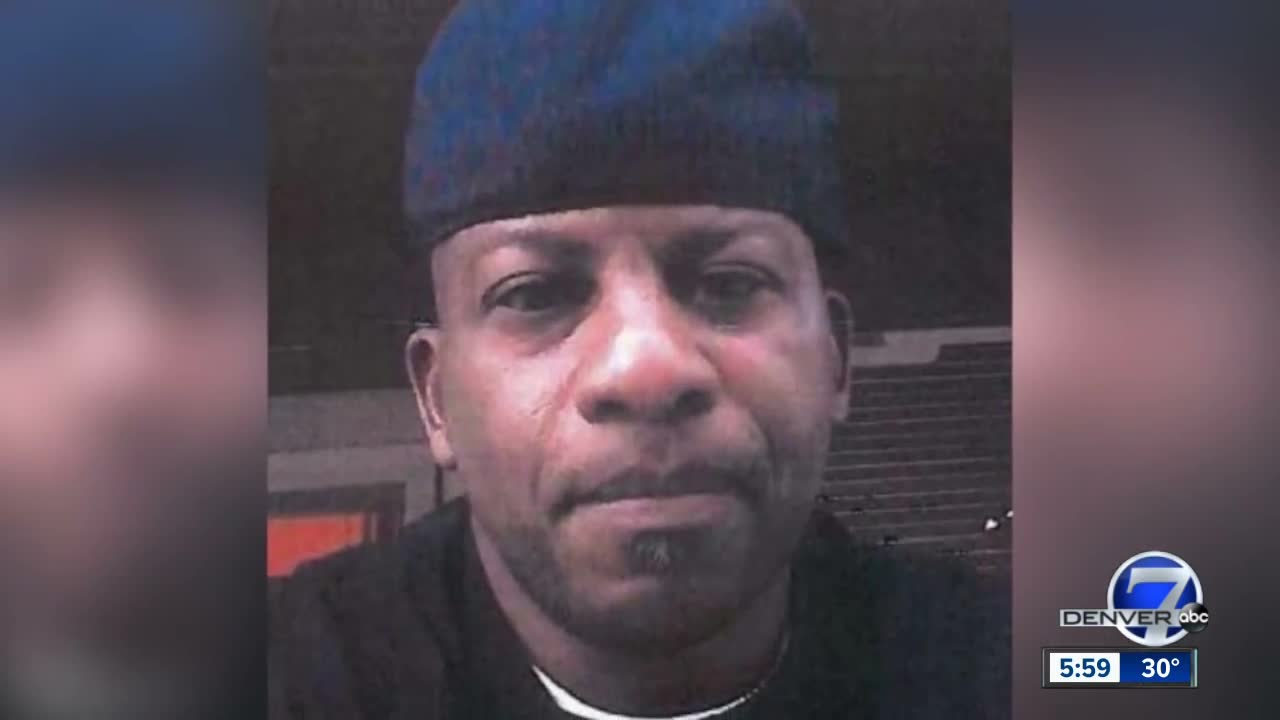 CENTENNIAL, Colo. – A man and his mother were sentenced to life in prison without the possibility of parole Thursday for killing a witness in a marijuana dispensary robbery case, whom they were able to identify when the court mistakenly sent unredacted court paperwork from the case, which should have been sealed, to all the parties involved.

Terance Black, 28, and his mother, 52-year-old Tina Black, were both sentenced in an Arapahoe County court Thursday to life without parole after they were convicted last week of first-degree murder in the October 2016 shooting death of David Henderson. They both received additional years for other crimes as well.

According to their affidavits, both Black and his mother had been involved in or linked to a robbery at a marijuana dispensary in Arapahoe County in August 2016.

Both Blacks were staying at a nearby hotel when the robbery occurred, and Henderson was hired by them to perform maintenance on the vehicle of a man they both knew.

Henderson was working on the man’s car when Terance and accomplices in the robbery arrived back at the hotel and he watched as they unloaded more than 440 pounds of stolen marijuana.

Henderson would later tell police he was nervous and anxiety-ridden as he watched the scenario unfold and that he tried to avoid making eye contact with any of the suspects.

But at one point, according to the affidavits, Terance pointed a gun at Henderson and another person and said, “Y’all mother------- better not say s--- or I’ll kill both of y’all.”

After Henderson determined he couldn’t fix the car in question that day because he needed more parts, Tina Black agreed to give him a ride back home. Inside her vehicle he saw masks and white gloves on the seat next to him, became suspicious and started taking photos of the items. He also took photos of Tina Black’s car and license plate.

He would later submit the photos as a Crime Stoppers tip about the suspicious activity at the hotel and the items in the car. He described everything he had seen that day to police, saying he believed that the people involved in the robbery were gang members.

The man whose car Henderson worked on had agreed to let the robbery suspects store their product in his car, which police were allowed to search. Inside, they found numerous items relating to the robbery. Fingerprints lifted from some of the items matched to Terance Black, the affidavit says. They also found rental car documents and eventually located much of the marijuana product in another vehicle.

Using GPS tracking technology because Terance Black was being monitored under the conditions of probation, investigators were able to place him near the scene of the robbery at the time it occurred, and at the hotel at the time at which the suspects reportedly returned from the robbery.

At some point about a month after the robbery, Black and others were identified as persons of interest in the robbery, and the court mistakenly sent out the unredacted, full discovery evidence to every person involved in the case.

Terance Black was picked up by his girlfriend from jail in Adams County, he told her that he and others had received the discovery, and called others, telling them, “The mechanic … he told. … I’m gonna need you bro … we gonna have to do it,” the affidavit states, indicating that meant that he was going to kill Henderson.

Black’s girlfriend told police that she believed for numerous reasons that he had killed Henderson. The affidavit additionally says that Black made copies of the discovery

Another man who was interviewed by sheriff’s deputies told them that Black said while the two were in jail together that they were going to have to kill Henderson because he was “the witness” in the case against Black.

About another month later, on Oct. 12, according to the documents, a woman who bought crack cocaine from Black that day told both Blacks she was going to smoke with Henderson after she bought the product, and the Blacks followed her in a separate vehicle. While she was buying the cocaine, Tina Black told her that Henderson had been “snitching” and that “snitches get stitches,” according to the affidavit.

After the woman and Henderson smoked as they drove around, she dropped him back off in front of the apartment he shared with his mother. She told police when interviewed that as she drove away, she heard gunshots. She told officers that she believed that Henderson was only going to be beat up, not killed.

Over the next several months, investigators worked to piece together both crimes. They were eventually able to use DNA evidence and evidence from shell casings and interviews to link both Tina and Terance Black to the murder.

And once the woman who smoked with Henderson just before his death spoke to investigators in July 2017 and told them about what happened just before the shooting, police had gathered enough evidence to apply for the warrant for both of their arrests.

After both were sentenced on Thursday, District Attorney George Brauchler commended Henderson for what he did.

“David Henderson is someone who’s to be commended for their guts and their courage to come forward and do the right thing,” he said. “Terance and Tina Black, in this case, are evil people for having done exactly what they did – which was to silence him and protect themselves from another violent crime that they participated in.”

He said that threats had been made to Henderson before he was killed. The affidavit states that the Blacks had called Henderson numerous times after the robbery and that he had grown paranoid that they were onto the fact that he had tipped off police about the robbery.

But Brauchler said that some law enforcement had tried to give him protection, and that after Henderson’s murder, “major steps” had been taken to prevent unredacted court documents from being sent to all parties in a case ever again.

“I don’t think something like this could happen again. In some ways, this was a perfect storm of different events that took place,” Brauchler said. “This is the worst-case scenario. This is the nightmare scenario, and the great concern I have as someone who relies on good people in the community to talk about when crimes have been committed – especially when they’re the victims – I do not want them to come away from this case and feel like, man, it’s just not worth the risk.”

Henderson’s younger sister, Karen Henderson Atkins, said she did blame the court and, in part, police, for her brother’s death.

“I’ve never seen Dave that way before in my life. He was scared the whole time,” she said. “He didn’t have the proper protection, and, you know, it’s just a shame that his life got taken from trying to do the right thing.”

She said that she finally feels like she can relax with her brother’s killers behind bars.

“I felt like I was having asthma every day – I couldn’t breathe at all,” she said. “And now, during this time, I’m able to relax a little bit and I believe our family feels the same way.”

And she says that the conviction of Tina and Terance Black should send a message to others.

“I want people to know that they can’t get away with this.”