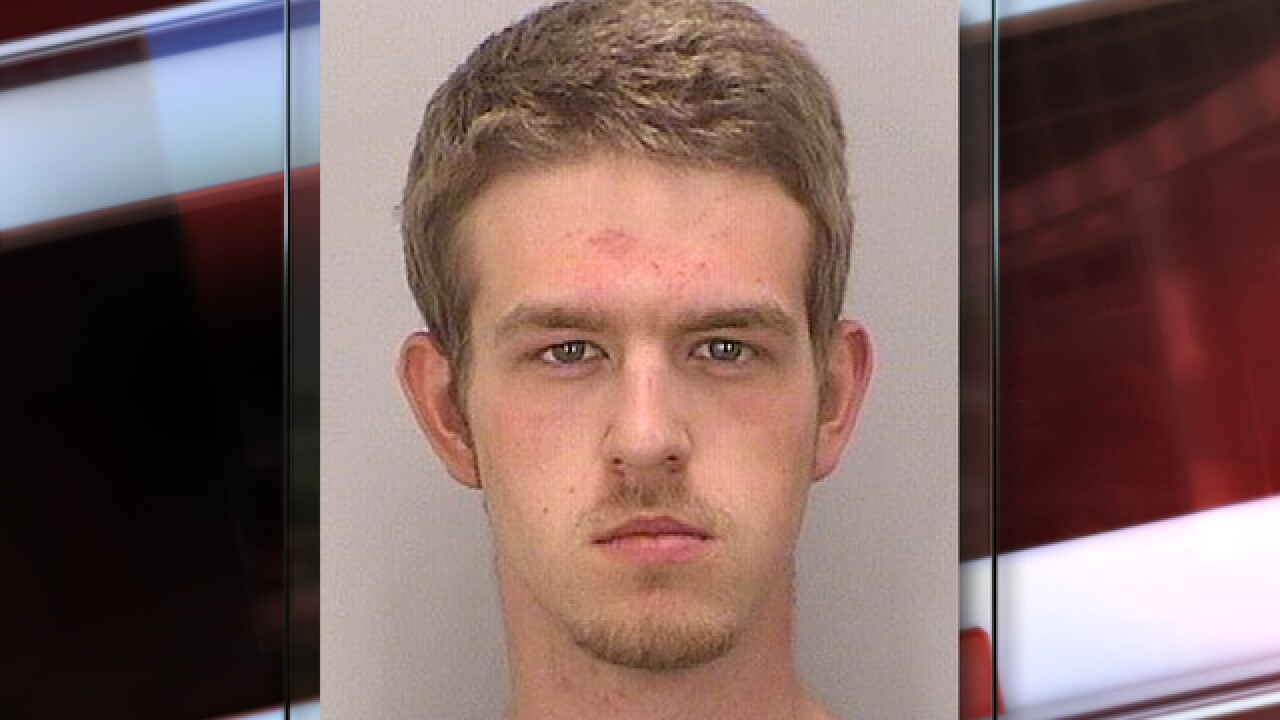 Copyright 2018 Scripps Media, Inc. All rights reserved. This material may not be published, broadcast, rewritten, or redistributed.
<p>Nicholas Ryan, 19, died after being shot by deputies near Dry Creek Road and I-25 early Tuesday morning.</p>

DOUGLAS COUNTY, Colo. – The Douglas County Coroner’s Office on Wednesday identified the man shot and killed by deputies after a pursuit and crash Tuesday morning as a 19-year-old Aurora man with open cases and an outstanding warrant on car theft and drug charges.

Nicholas Ryan, 19, died after being shot by deputies near Dry Creek Road and I-25 early Tuesday morning. Another person in the vehicle with him was shot and injured, while another man who was not shot, 20-year-old Peirce Langewisch, was arrested on an outstanding warrant. Langewisch has a distinct swastika tattoo on his neck but investigators have not said if he is affiliated with any gangs or hate groups.

The incident happened around 3 a.m. Wednesday when Douglas County sheriff’s deputies tried to stop a stolen vehicle near C-470 and Broadway but were shot at by the people inside, Douglas County Sheriff Tony Spurlock said at a Tuesday news conference.

Deputies pursued the vehicle and used a PIT maneuver to stop it near I-25 and Dry Creek Road, after which the shooting occurred.

Spurlock and 18th Judicial District Attorney George Brauchler said Tuesday that the investigation into the incident and the deputy-involved shooting would be extensive because they believed the suspects were involved in other crimes, though they did not elaborate.

Spurlock said Langewich’s outstanding warrant was for failing to register as a sex offender. He said Tuesday that officials were still working to identify the two who were shot.

According to Colorado court records, Ryan had three open cases in the Denver metro area and was due in court later this week in two of the cases.

He pleaded guilty in March to an underage marijuana possession charge for Feb. 15 arrest in Arapahoe County and was scheduled to be sentenced on Thursday in the case, records show. Ryan was also charged with a probation violation after a July arrest in Castle Rock and was set to make a court appearance on Friday.

Records show that Ryan was also arrested by Lakewood police on Nov. 11 and charged with eight counts, including aggravated motor vehicle theft, possession of controlled substances, trespassing, carrying a concealed weapon and counts related to identity theft. The records show he failed to appear for a court date after posting a $2,000 surety bond in the case.

The sheriff’s office has not released further information about the shooting or investigation at this time. It said the investigation was still active and ongoing on Wednesday.