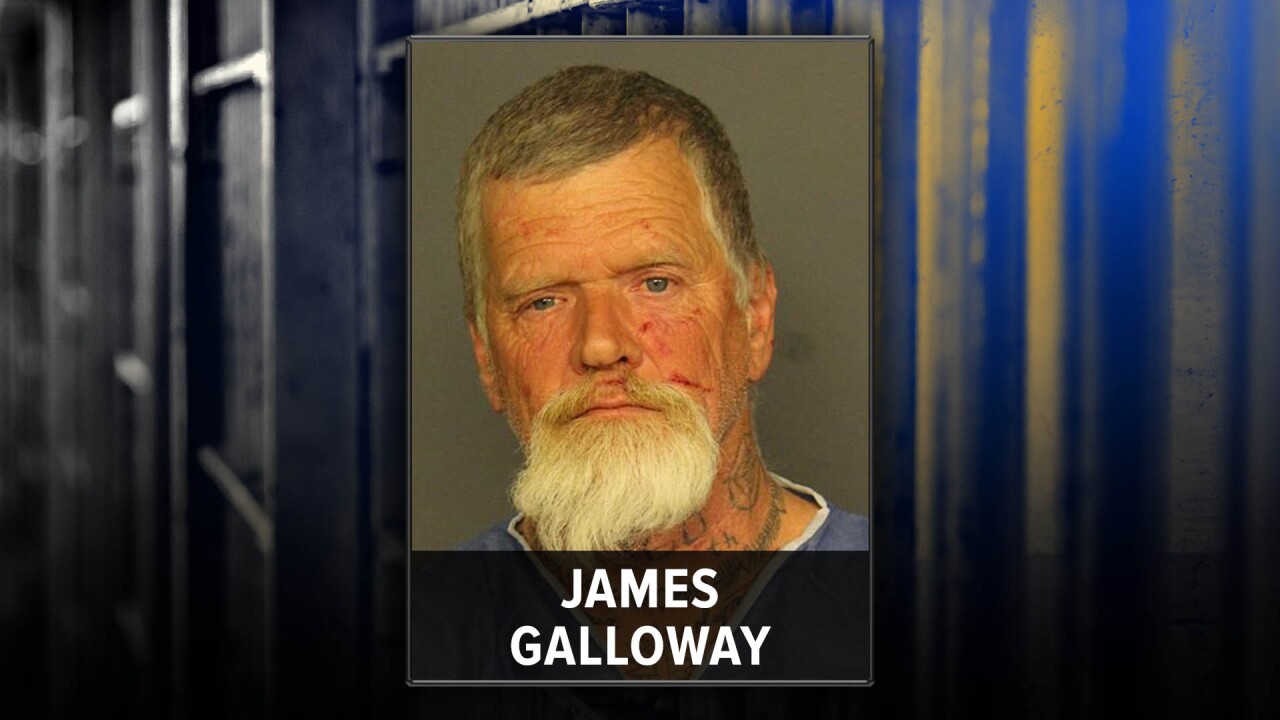 DENVER – A man is in police custody after reportedly attacking a woman with an ax-like weapon at the Yale station on Tuesday, police documents obtained by Denver7 show.

The man, identified as 58-year-old James Vernon Galloway, is accused of assaulting a woman using a steel hammer with a sharp edge on one side which looked like an ax, according to the probable cause statement. The suspect fled the area on foot shortly after the attack and a search for him ensued, police said.

The 40-year-old victim sustained a major injury and several large bruises to her head and a large laceration to her right pointer finger and was taken to Swedish Medical Center for treatment, documents state.

Police said Galloway was found after the alleged attack walking from an RTD bus down the stairs to the platform of the Southmoor station by a responding officer who was given the suspect’s description. Galloway was searched and a silver hammer with a sharp edge and blue hand was found inside his backpack.

Of the weapon, police said the tool looked like “an ax to a person who is not familiar with tools.”

Galloway, who was positively identified as the suspect in the aggravated assault, was arrested shortly after 7 p.m.

He is scheduled to appear in court for a first advisement on Thursday. It’s unclear if he has been assigned a public defender or if he has hired an attorney to represent him in this case.