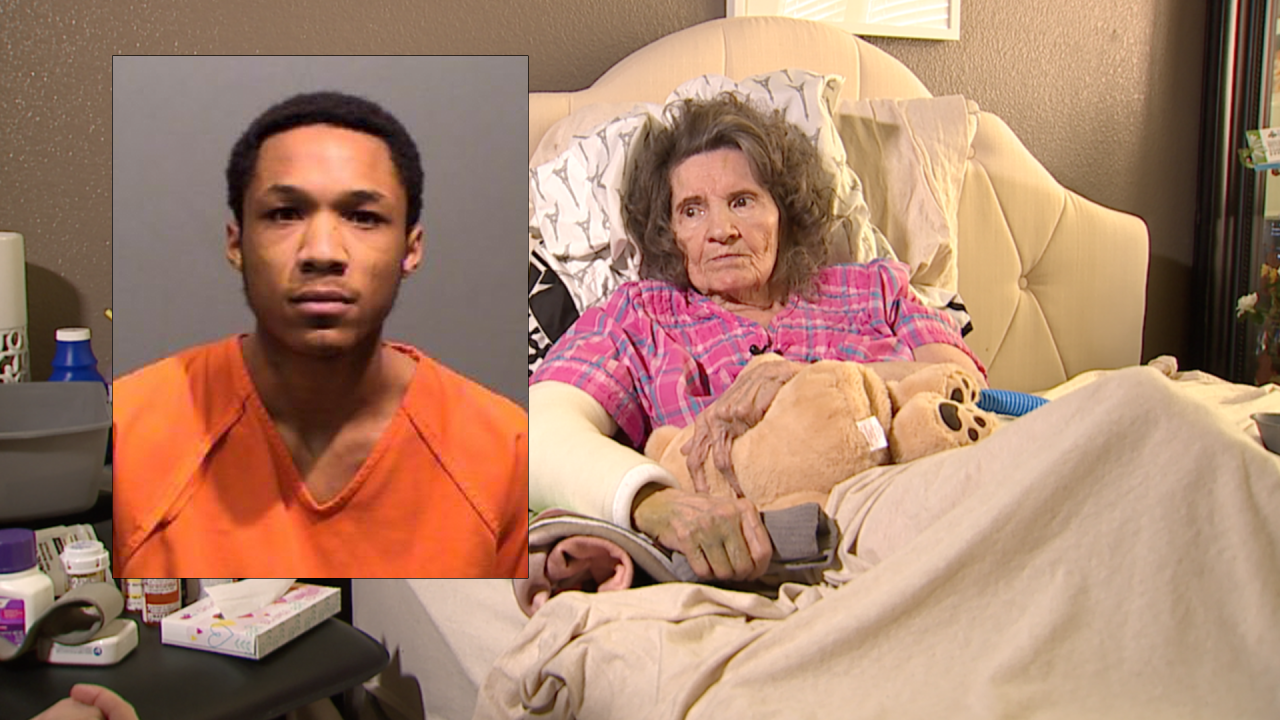 WHEAT RIDGE, Colo. — A Jefferson County jury on Wednesday convicted a 21-year-old man in the attack and robbery of an elderly woman earlier this year.

Contarius Alexander was found guilty of robbery and assault of an at-risk adult and identity theft in the brazen daylight attack on Jan. 7. He pleaded not guilty before his trial began Monday.

The store’s surveillance camera captured the attack and showed Scott being thrown to the ground and dragged as she clung to her purse.

The ordeal put Scott in the intensive care unit at Lutheran Hospital. She suffered broken bones and sustained head trauma, according to her family.

“It happened so fast I really don’t remember anything. I woke up either in the hospital or the ambulance,” Scott said during a January interview. “The last memory I have was parking my car.”

Alexander used Scott’s credit cards within one hour after the robbery, prosecutors said.

“It was just kind of unbelievable, but at the time, I was in a lot of pain and worried about my purse all my IDs,” the great grandmother said.

Wheat Ridge police said Alexander had been casing the store for several minutes, at one point walking inside. He followed other customers but targeted Scott for her purse.

The 21-year-old was arrested in Aurora about a week after the robbery. His sentencing date is not known.