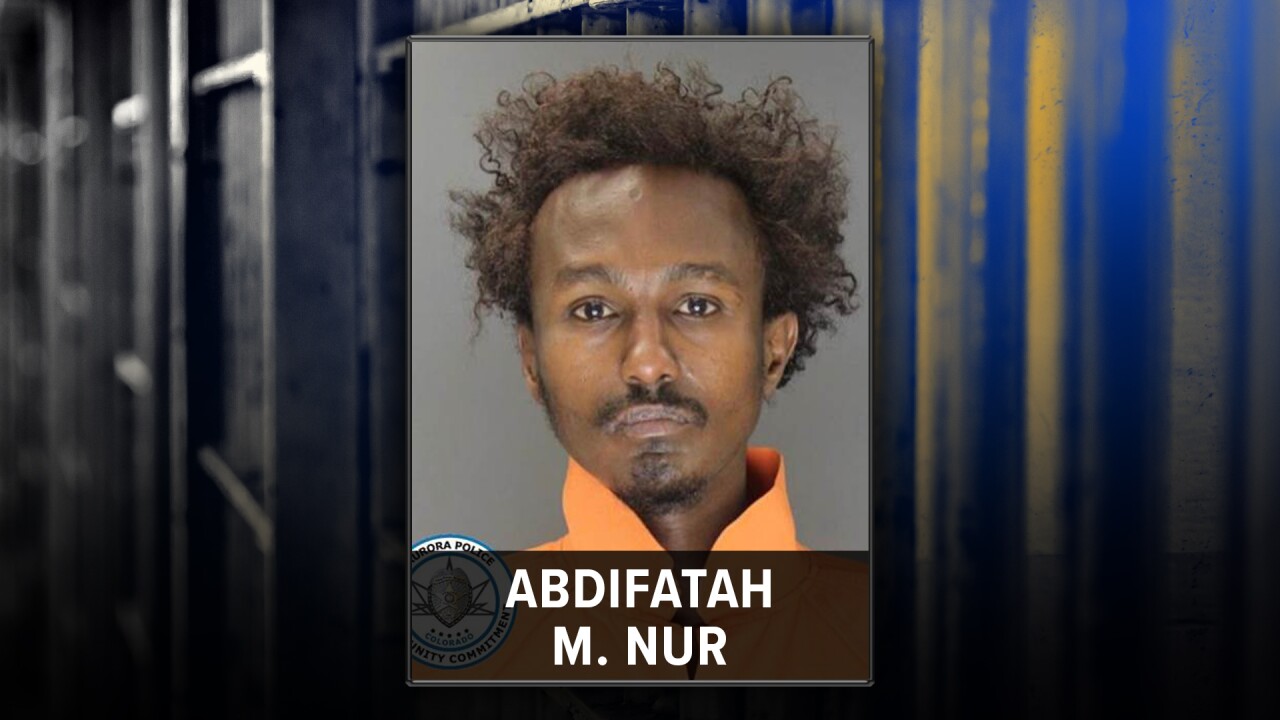 AURORA, Colo. – A suspect accused of stabbing a man on Nov. 19 in Aurora is facing first-degree murder charges after the victim died on Thanksgiving Day.

Abdifatah M. Nur, 40, who was arrested following the stabbing at the Aurora Day Resource Center, was initially charged with attempted first-degree murder, but since the victim died, Nur will now be facing first-degree murder charges, Aurora police said in a news release Thursday.

The identity of the victim will be released by the Adams County Coroner’s Office after he has been positively identified and family has been notified.

Investigators from the Major Crimes/Homicide Unit and district detectives are investigating the homicide. At this time, it is not clear what the relationship between the two was, police said.

Anyone with information about this incident is encouraged to call Metro Denver Crime Stoppers at 720-913-7867 where they can remain anonymous and be eligible for a reward of up to $2,000.