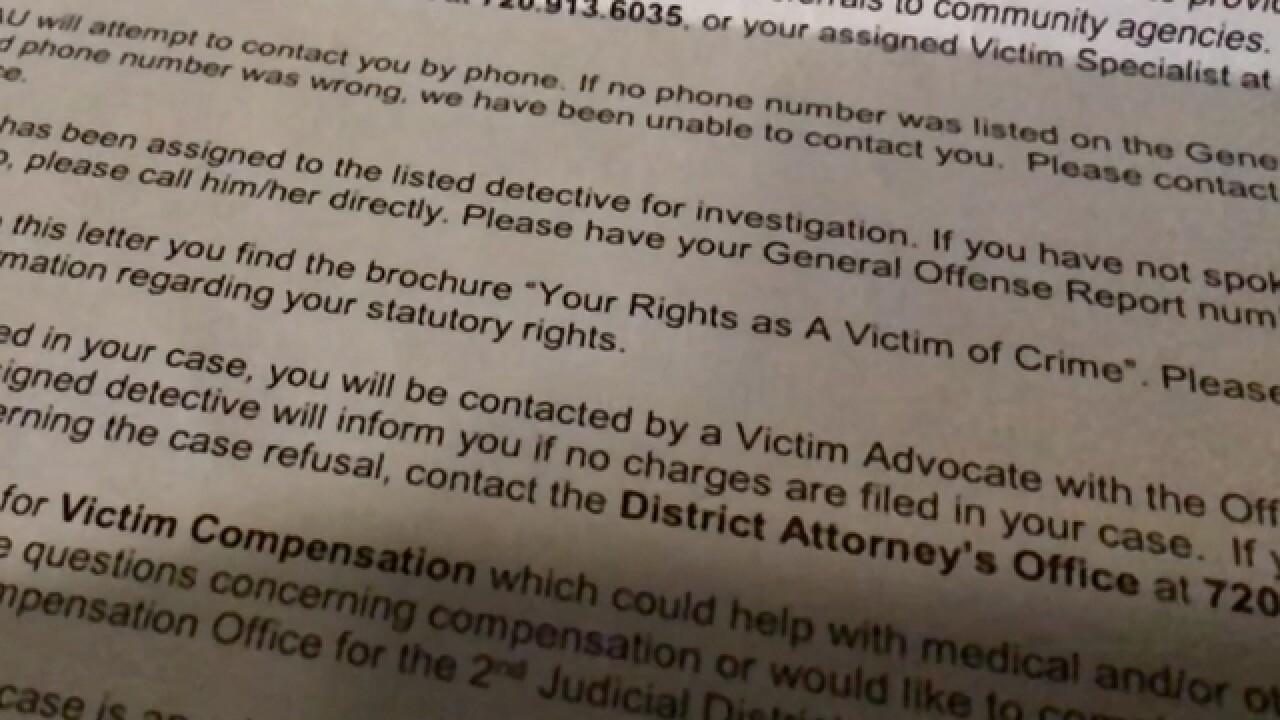 Copyright 2018 Scripps Media, Inc. All rights reserved. This material may not be published, broadcast, rewritten, or redistributed.
<p>Justin Duncan said on May 24 the Uber driver he was with threatened him by claiming he had a gun when the two got into an argument.</p> 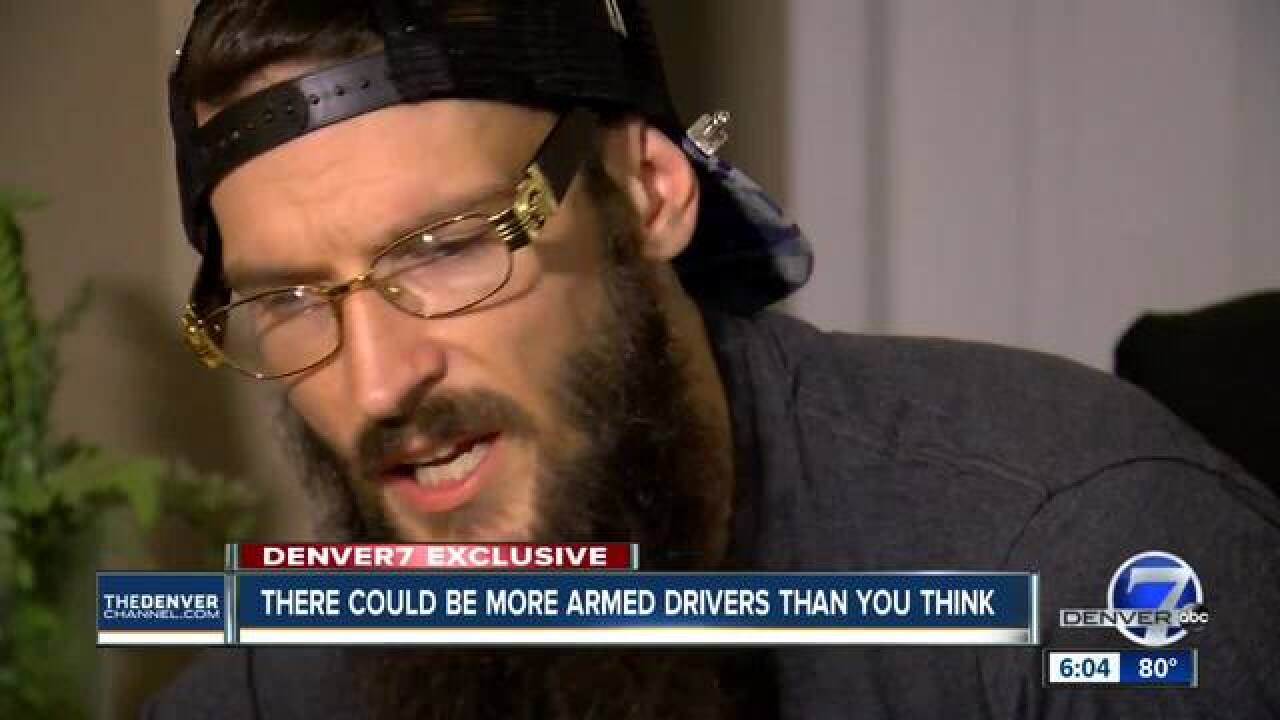 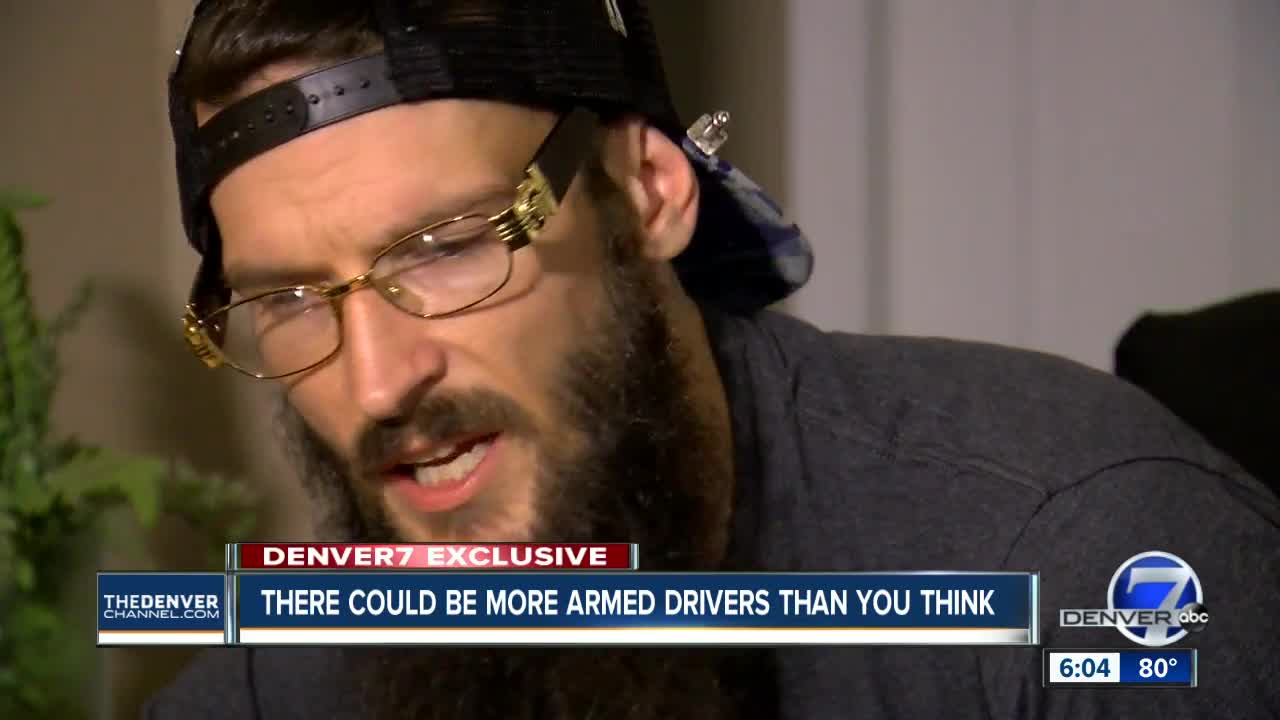 DENVER – A man is coming forward about being threatened by a different Uber driver a week before the notorious shooting in Denver.

Justin Duncan said the Uber driver he was with on May 24 threatened him by claiming he had a gun when the two got into an argument.

“I just clicked on the app just to [go to] the bank,” Duncan said. “Then all of a sudden I get trauma and I can’t sleep.”

Duncan reported the incident to Uber and the Denver Police Department. DPD confirmed with Denver7 that there is a report about the incident and that officers are currently investigating it.

According to Duncan, the driver got into an argument with him because the driver missed a turn he was supposed to take.

According to Duncan, that’s when he ran out of the driver’s car.

“I ran across the road,” Duncan said. “When I ran, he started chasing me – well following me in his car. He’s screaming at me, ‘Come back here; get over here, I’ll do something right now. I’ll kill you! I know where you live, I picked you up.’”

Duncan said he feared for his life and ran into a nearby Wells Fargo. He said the driver followed him there and eventually left.

“I reported it to Uber, and I went to the emergency room because I have a heart condition,” Duncan said. “They refused to pay my medical bills, but offered to pay my fare for that incident. But they’re trying to offer me a small settlement that I think is just a slap to the face. I want them to admit some type of responsibility.”

Uber sent Denver7 a statement about the incident:

"What the rider reported is very concerning and will not be tolerated. The driver's access to the app has been removed."

According to Uber, the driver was removed shortly after the incident, and since DPD are investigating it is ready to work with them if needed.

Duncan said he was not happy with how Uber handled the situation, and wished Uber would have addressed this problem with all its drivers.

“It could have been some type of warning to help out drivers and other passengers,” Duncan said. “I just want them to look into something ... to fix this or prevent this. Maybe some type of psychological test to show if you can handle the job. Or even require drivers to have cameras in their car. Just something. And most importantly: Just take responsibility; at least admit they had a mess up in both these cases.”

Michael A. Hancock has been charged with first-degree murder after deliberation in the other Denver Uber shooting.