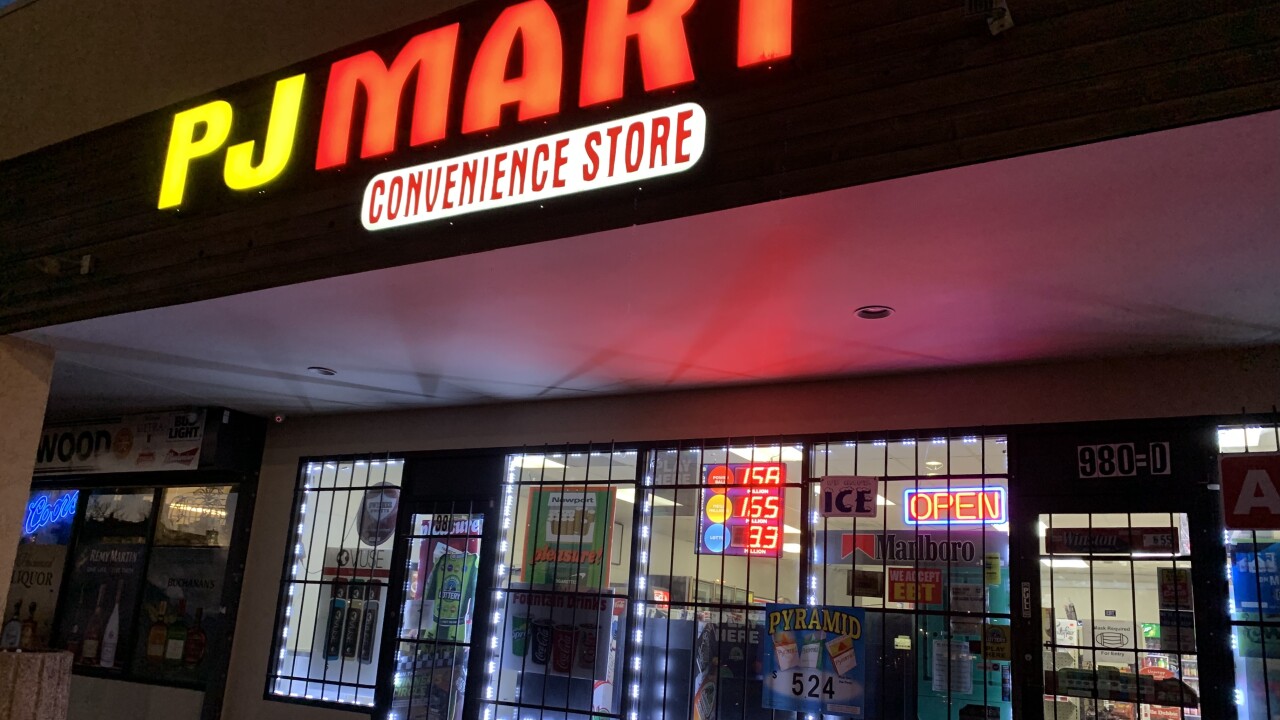 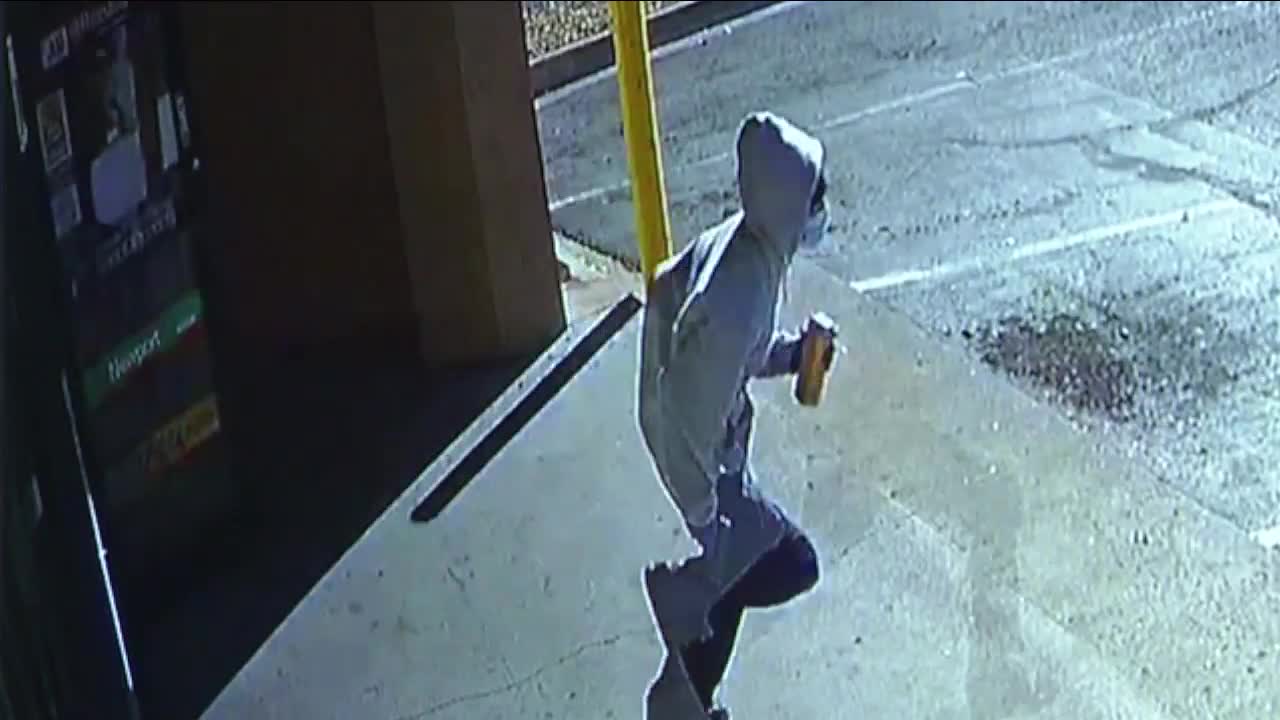 AURORA, Colo. — A convenience store owner is recovering after a man inside his store shot him. Police are seeking help from the public to identify the suspect.

The shooting happened on Nov. 2, at PJ Mart off Peoria Street in Aurora around 9:45 a.m.

Amir Yahia says his father, Hassen Ahmed, 48, was shot in the stomach and spent two days in the intensive care unit. Ahmed is now back home with his family recovering.

Yahia shared video captured by surveillance cameras on the day of the shooting.

You see a man with a gray sweater and a mask walk into the store in the video. He heads to the cooler and grabs a drink. When he reaches the register, he pulls a gun. The cameras show Ahmed throw his hands in the air but he quickly takes action.

"He grabbed his own gun to defend himself, walked around the counter and confronted the person," Yahia said.

Ahmed appears to attempt to kick the suspect, and the suspect fires off a round and flees. Ahmed crawls outside, where bystanders called for help.

"He is a really good role model," Yahia said. "He is literally the nicest person I know. He taught me everything I know."

His father also taught him the importance of forgiveness and compassion. Yahia says his father has caught countless people stealing.

"He tells them they stole something, but he still lets them go with the stuff because he knows people are struggling," Yahia said.

Yahia says his father doesn't know the suspect and adds that the man didn't get away with any money.

"All this for nothing," he said.

Aurora Police are working to determine if it was a random act of violence.

Crime Stoppers is offering a $2,000 reward for anyone with information that leads to an arrest. Callers can remain anonymous.