Man arrested, accused of killing Denver man and lighting his body on fire inside apartment 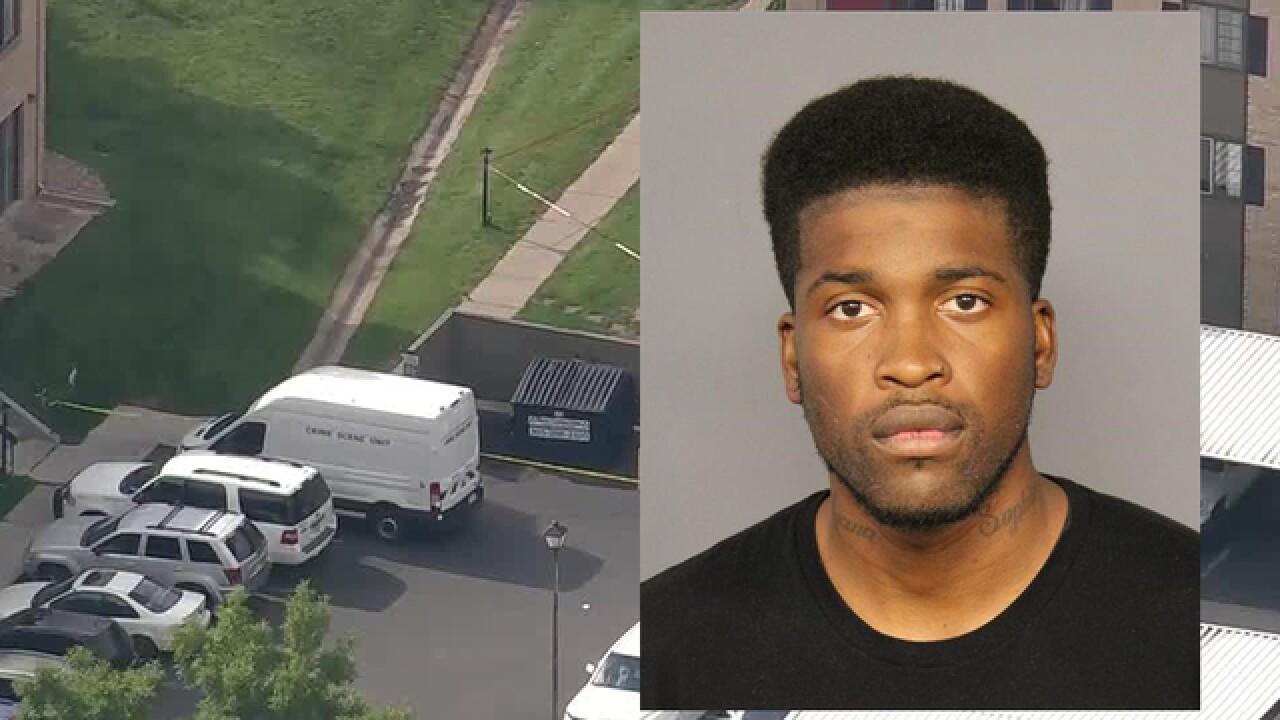 DENVER – Police have arrested a 23-year-old man who is accused of killing a man last week at an apartment complex near Cherry Creek Reservoir then setting his body on fire.

Police discovered Mosee dead inside his apartment at the Pembrooke on the Green Apartments, located at 107000 E. Dartmouth Blvd., last Wednesday around 8 a.m. after Denver firefighters responded to a fire inside the apartment.

Firefighters found a man’s body severely burned on top of a mattress inside the apartment’s living room. But police investigators also saw blood on the nearby couch and spattered on the wall of the living room, along with a container of lighter fluid.

They found Mosee’s car a few blocks away. The probable cause statement says that Johnson and another person walked up to police and said that Mosee had left his car there the night before, alluding to a supposed fight between Mosee and another man.

But Johnson gave a different name to police, the probable cause statement says, though another witness with whom they spoke told them Johnson’s real identity. Police arrested Johnson for giving false information to officers; he also had an active warrant for violating probation.

The Denver Coroner’s Office identified Mosee as the victim and said he died of both blunt force trauma to the head and sharp force injuries to his neck.

Additionally, a DPD detective reviewed surveillance video from a convenience store close to the apartment and discovered that Johnson had bought lighter fluid about 30 minutes before the fire was reported at the apartment.

A woman interviewed by police on Saturday, whose name is redacted in the probable cause statement, admitted that Mosee had told Johnson and another person they could no longer stay with him at his apartment.

So they did overnight that night, according to the statement, but not until after pawning Mosee’s television and buying supplies to try and clean up the blood in the apartment.

But the statement says that Johnson determined he needed to dispose of the body, so he dumped lighter fluid on it and lit it on fire before he and the other person left the scene.

Court records show Johnson had an active warrant out for aggravated motor vehicle theft, driving under restraint and weapons possession charges out of Arapahoe County. The coroner publicly identified Mosee over the weekend.