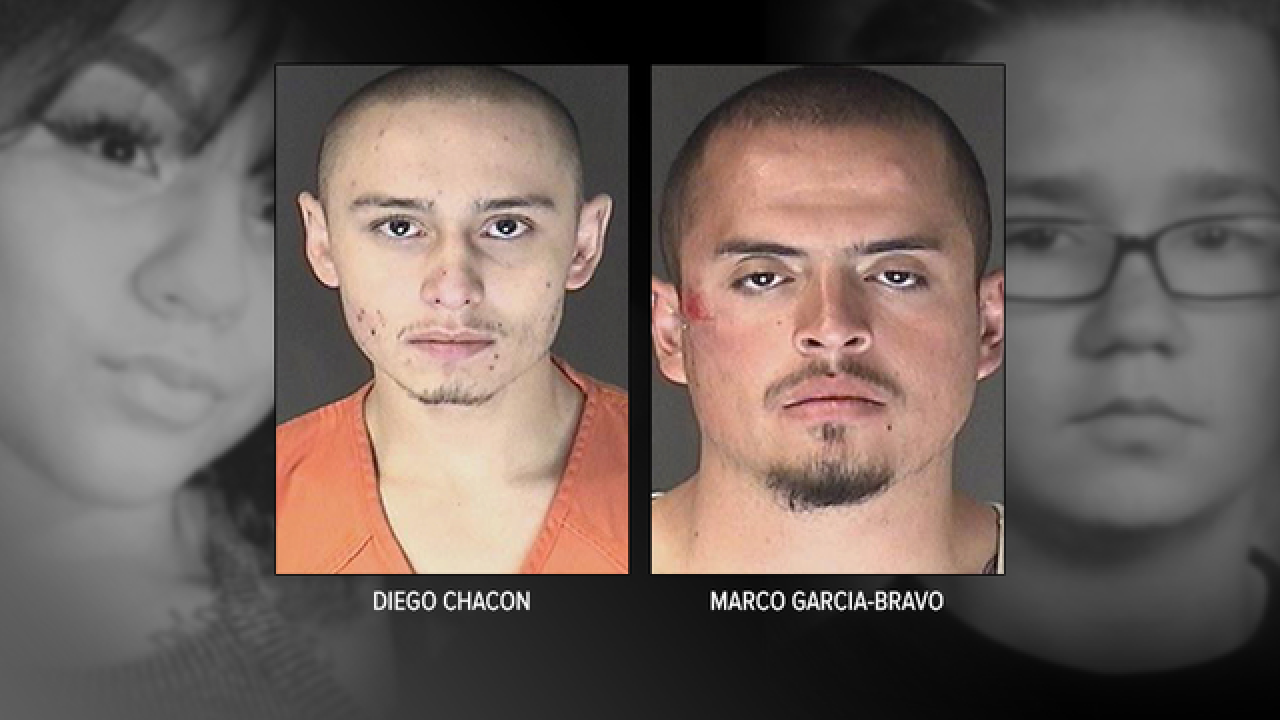 Copyright 2018 Scripps Media, Inc. All rights reserved. This material may not be published, broadcast, rewritten, or redistributed.
<p>Diego Chacon and Marco Garcia-Bravo</p>

COLORADO SPRINGS, Colo. (AP) — A Colorado Springs man has pleaded guilty to his role in the gang-related killings of two high school students.

Chacon's plea deal calls for a 65-year prison sentence and doesn't require him to testify against 22-year-old Marco Garcia-Bravo, the other alleged shooter.

Chacon said that after shooting Partida, he "passed off the gun to another individual," who then shot Greer. He didn't identify the second shooter.

The teens were abducted at gunpoint and driven to a road outside Fountain, where they were shot at point-blank range. Investigators said they were targeted over suspicions that Cano-Partida had been helping a rival street gang.

Greer was killed to eliminate a witness.