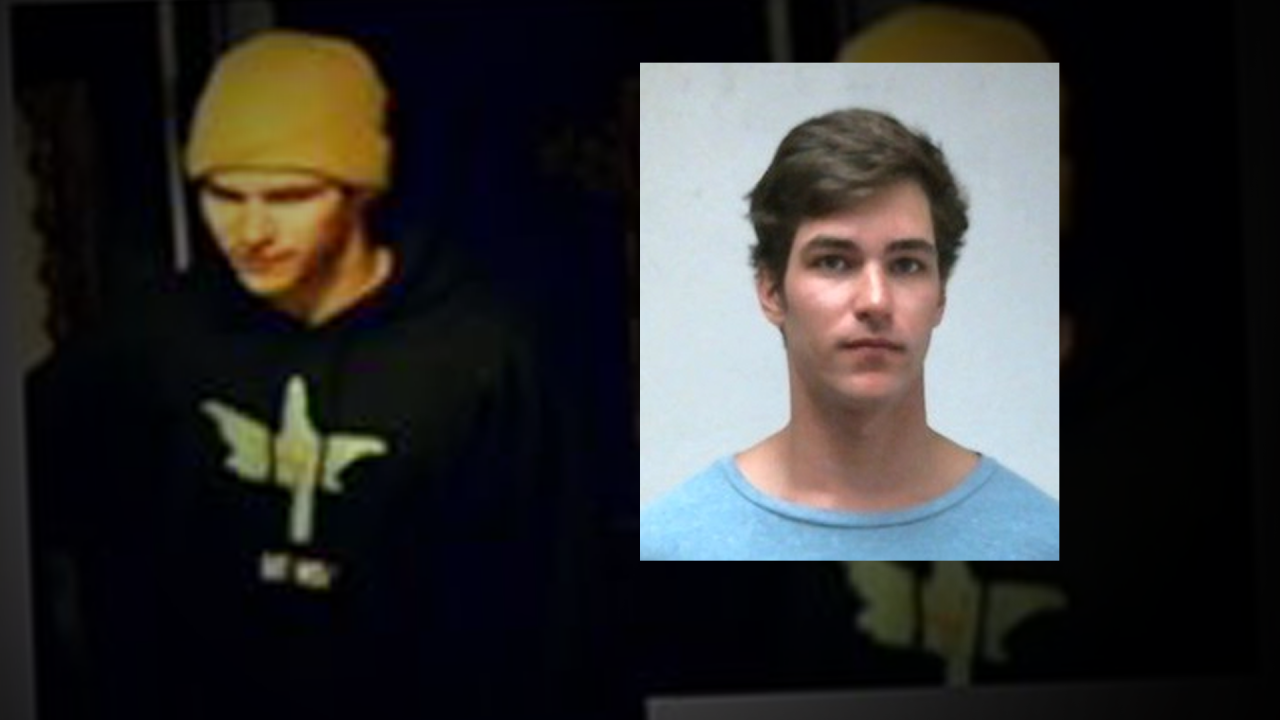 VAIL, Colo. — A man accused of setting fire to an American flag posted on a building in Vail turned himself into the Vail Police Department on charges of second-degree arson and criminal mischief, according to a news release from the department.

Mitchell Hamilton, 22, walked into police headquarters Tuesday afternoon after police said friends contacted him after they saw him on social media posts in connection with his alleged involvement in the flag-burning incident.

Police say Hamilton set fire to the flag in the early morning hours of Sunday. The flag was posted on a building on Bridge Street.

Monday, Vail police released surveillance images on social media of a suspect they believe was involved in the incident. Those posts were apparently what Hamilton’s friends saw and what prompted the suspect to turn himself in.

Police say the charges are not for the burning of the flag but said in the release it was for burning and damaging another person’s property.

Police say the arson incident created a dangerous situation that could have resulted in additional items catching fire.