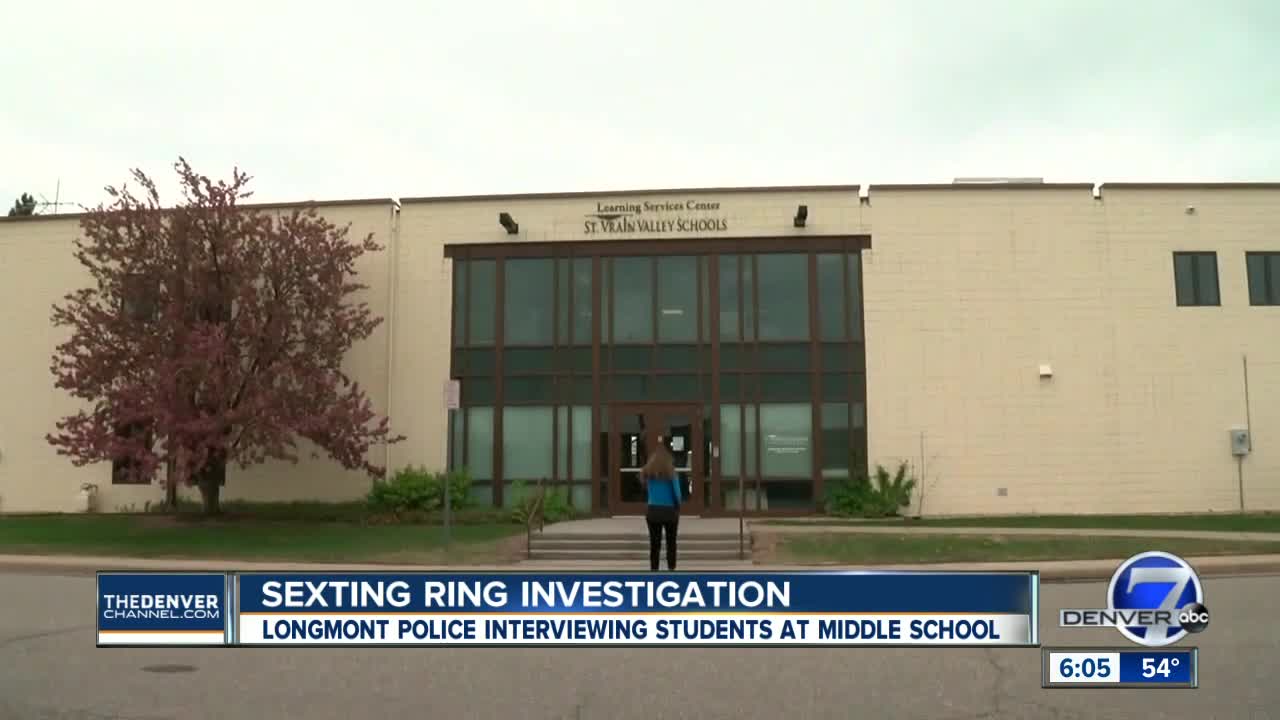 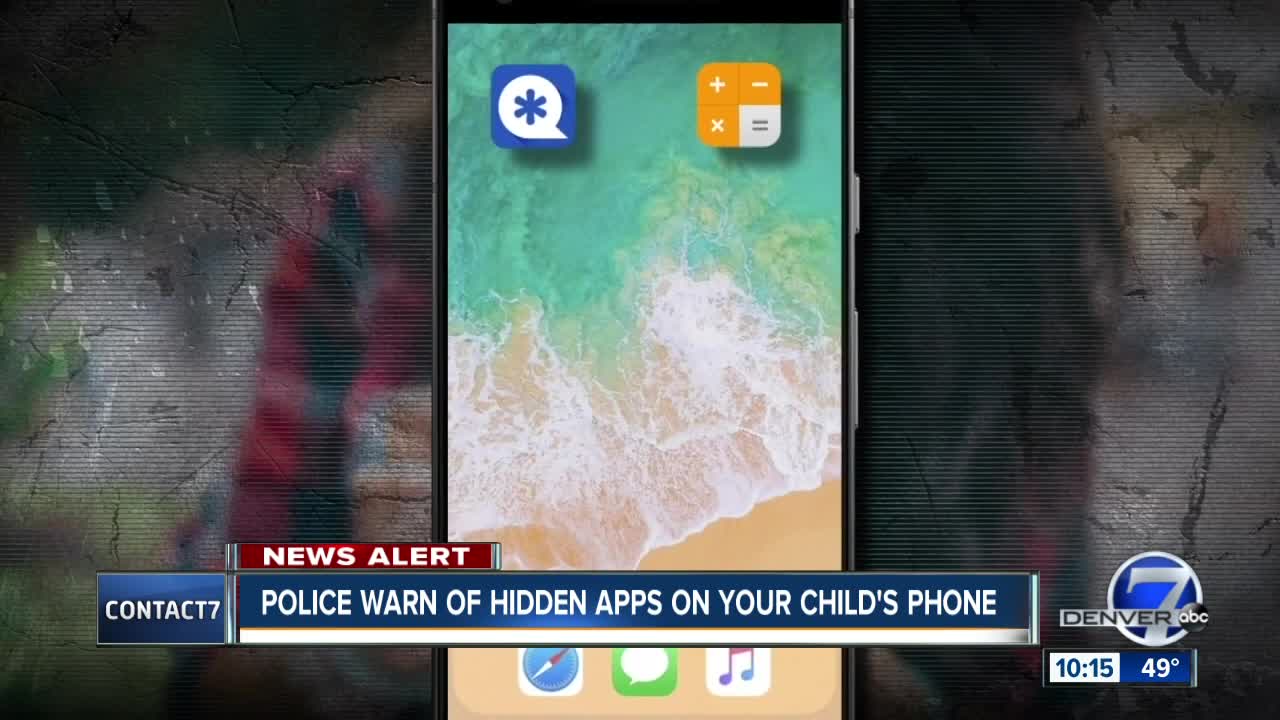 LONGMONT, Colo. — The Longmont Police Department is investigating allegations of sexting at Altona Middle School. The investigation comes after police received information that students were allegedly buying, selling and trading explicit images of other students with one another.

Longmont police confirmed with Denver7 Friday that an investigation into this so-called sexting ring is ongoing and that officers are in the process of interviewing students and collecting evidence.

“It’s a great school; I’d be surprised, so hopefully the allegations aren’t true,” said Chris Hurchings, a parent from the school.

Sergeant Todd Chambers says multiple students, both males and females, are involved in this but that, at this point, no arrests have been made, and that police are in the early stages of their investigation. Sgt. Chambers went on to say that right now police do not believe any adults were involved in this alleged sexting.

Longmont police and the school’s resource officer are working on the investigation. Right now, the FBI has not been asked to participate in this investigation.

Denver7 called, emailed and showed up to St. Vrain’s district office Friday to ask for a statement in the wake of these allegations surfacing.

In response, the district sent this statement, “The Longmont Police Department is conducting an independent investigation. We are referring to all questions to the police department.”

Parents were not notified about the police activity at the school until Friday. An email was sent out to parents in the afternoon after Denver7 verified the investigation with police and asked the district for comment.

That letter, which was published by the Longmont Observer reads:

Dear Altona Families, Thank you for your continued support as we near the end of another successful year at Altona Middle School. Communication is essential to maintaining strong partnerships with our families. To that end, I want to address some information that is being shared through the community. The Longmont Police Department is conducting an independent investigation that involves a group of students from Altona Middle School regarding sexting. We cannot release any additional information while the investigation is ongoing. Student safety, well-being, and success are always our highest priorities, and I want to thank our students, families, teachers, and staff for being important parts of the Altona community. If you have any questions, please contact me directly at 720-494-3980. Sincerely, Jeremy Lacrosse Principal, Altona Middle School

One parent who spoke with Denver7 on the condition of anonymity said she has been trying to get answers from the district for days without success.

“I called the school, and I was bounced around from person to person because nobody wanted to deal with it, it sounded like,” she said.

That parent had initially found out about the sexting allegations from her son, who is in the eighth grade.

“He had all kinds of things to say from it being about sexting to it being drugs and that’s what started getting me scared,” she said.

When she finally did get ahold of someone from the school, the mother says it was made to appear as if the situation would blow over.

“The school just seemed to think it would disappear and I just don’t understand,” she said.

Meanwhile, she says students were being pulled out of class to be interviewed by police officers without their parents’ knowledge or permission.

One student that Denver7 interviewed with her mother’s permission said students’ phones are being searched for explicit images and that dozens of students are being pulled out of class to be questioned about the so-called sexting ring.

The mother says she just wanted to know what was happening in the school.

“All I really wanted to know was that my kid was safe and I just for the last couple of days haven’t felt like my kid is safe because the administration was doing nothing to send out emails to parents saying they have this handled,” she said.

Regardless, she has treated these sexting allegations as a teachable moment to talk to her son about social media and what’s appropriate and inappropriate, something the Longmont Police Department encourages other parents to do.

“I know it’s the end of the school year, but I think it’s an opportunity for this school to take a proactive approach to how do we handle social media,” the mother said.