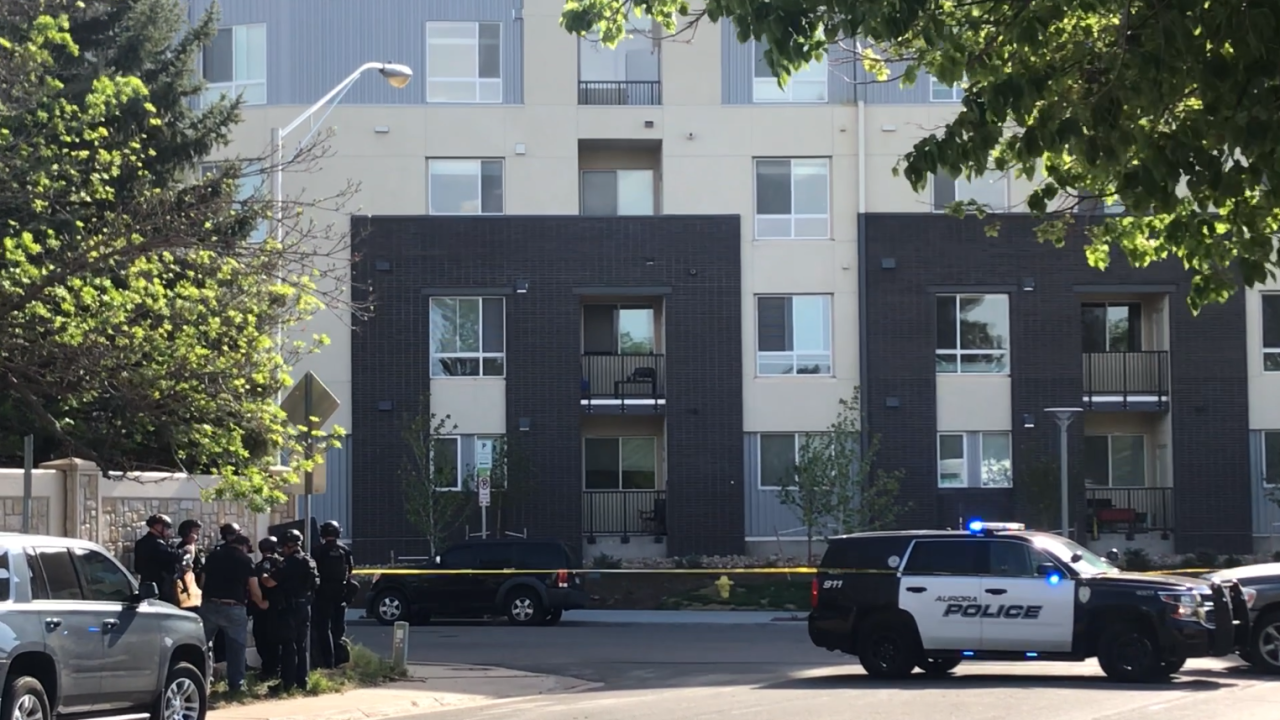 AURORA, Colo. – A barricaded suspect wanted in connection with a vehicular homicide from earlier this month was able to escape from law enforcement Tuesday night after an hours-long standoff.

Police tweeted there was a “large police presence” in the area of E. Harvard Avenue and S. Blackhawk Street at around 3:54 p.m. They said SWAT was at the scene trying to make contact with a barricaded suspect and asked residents to avoid the area as they tried to work on a peace resolution.

The suspect was wanted in connection with a vehicular homicide that occurred on May 3, according to Aurora Police Departments spokesman Matthew Longshore, who added there were concerns the man may have been armed.

SWAT on scene trying to make contact with a barricaded subject.

Please avoid the area while we work on a peaceful resolution. There are road closures around this immediate area.

Updates will be here. pic.twitter.com/DP4jsbWUlt

By about 5:49 p.m., officers warned residents they would be hearing “a series of loud bangs” as SWAT officers deployed gas canisters into an apartment where the suspect was believed to be barricaded.

But by 8:39 p.m., police said the suspect, who was identified as 27-year-old Joseph Benson, had escaped from the scene. Police asked anyone with information as to his whereabouts, to please call 911.

#APDAlert The SWAT call on E. Harvard is wrapping up.

Officers were attempting to arrest Joseph Benson (05/16/93) for vehicular homicide from a crash that occurred in Aurora on May 3 that left one man dead and where Joseph also ran away from the scene (https://t.co/CWRVVZB4Nx). pic.twitter.com/O6kNHO3Kte