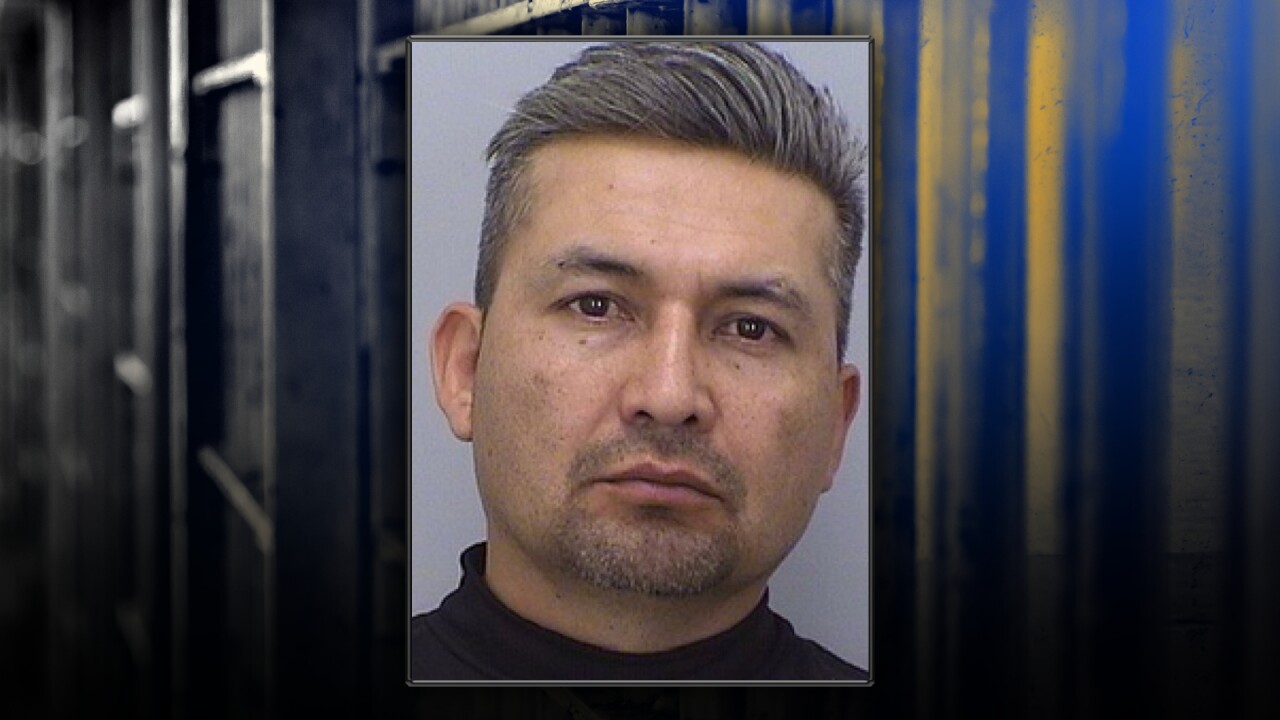 Copyright 2021 Scripps Media, Inc. All rights reserved. This material may not be published, broadcast, rewritten, or redistributed.
A jury was seated Monday in the trial of Noe Gamez-Ruiz, who faces charges of criminal negligent homicide, failure to yield the right of way to an emergency vehicle and careless driving causing death.

CASTLE ROCK, Colo. – A judge has decided to throw out a felony charge against Noe Gamez-Ruiz, the man accused of hitting and killing Colorado State Patrol Trooper Cody Donahue along Interstate 25 in November 2016, sources on both the defense and prosecution have confirmed to Contact7 Chief Investigator Tony Kovaleski.

District Judge Shay Whitaker on Friday dismissed the charge of criminally negligent homicide. The most Gamez-Ruiz will face in connection with the trooper’s death is a traffic violation for careless driving resulting in death, and careless passing of an emergency vehicle causing death or serious bodily injury — both misdemeanor charges, according to court documents obtained by Denver7 Friday evening.

Friday's development comes after a second mistrial was declared in the case on Feb. 15, when it was revealed by the defendant's attorney that a police officer who test drove the vehicle following the November 26, 2016 crash testified that Gamez-Ruiz’s vehicle pulled to the right during the reenactment.

Harvey Steinberg, Gamez-Ruiz's attorney, said he argued that was exculpatory information in the case that had been withheld previously, and that the evidence should not have been withheld because the facts of the case showed Donahue was struck by the right side of the vehicle and that part of his body was in the right lane of traffic.

He further stated that the court felt there was “no choice but to grant a mistrial” in the latest case because of that evidence. Additionally, he said he felt like the proceedings against his client had been “unfair” because of the way prosecutors have handled them.

The 18th Judicial District Attorney's Office had no comment regarding the decision by a judge to throw out the felony charges against Gamez-Ruiz.

Gamez-Ruiz was facing one to three years in prison for the charges of criminally negligent homicide, failure to yield the right of way to an emergency vehicle and careless driving causing death. But after the first mistrial was declared in September of last year, the judge lowered that sentencing to 12 to 18 months in prison.

Donahue was killed on Nov. 26, 2016, as he responded to a crash on I-25 near mile marker 179 and Gamez-Ruiz’s truck allegedly drifted over the solid white shoulder line and struck him.

In the two-plus years since his death, Colorado lawmakers created the Move Over for Cody Act, which requires drivers to move over if they see officers or highway workers on the road.