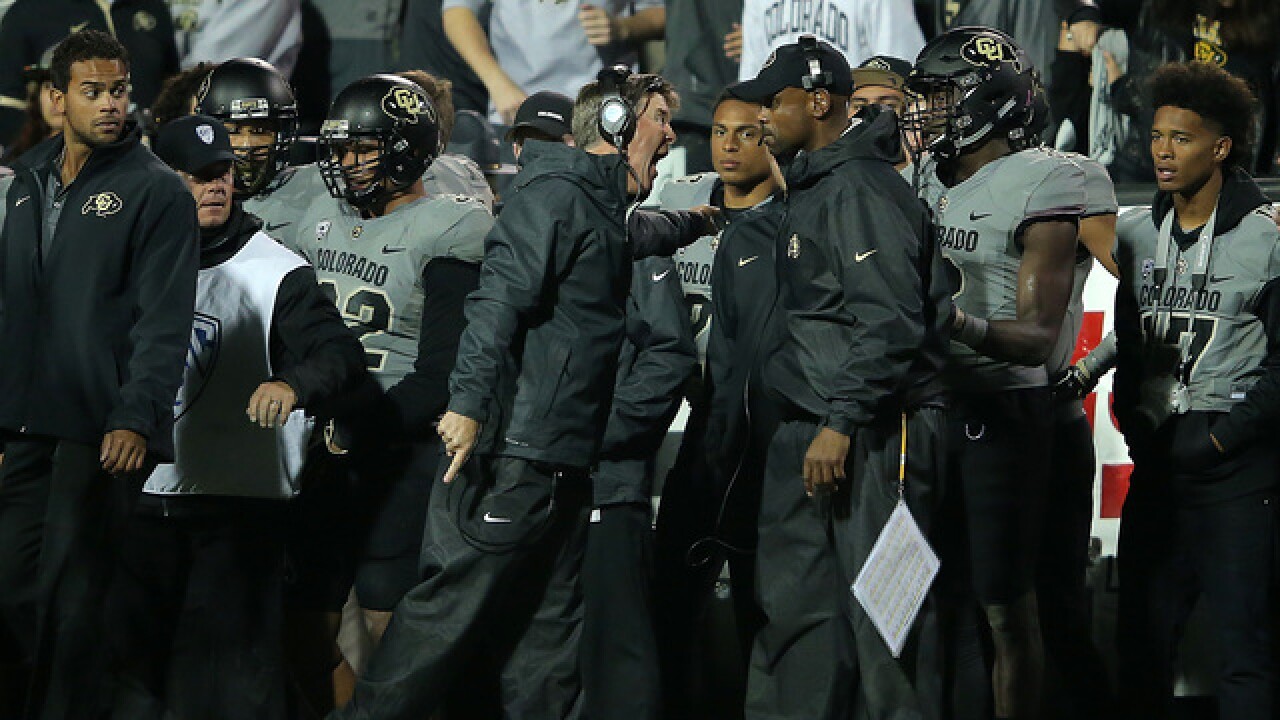 BROOMFIELD, Colo. (AP) — A judge stopped a former University of Colorado assistant football coach from entering a guilty plea in a domestic violence case on Wednesday after the alleged victim objected to a plea deal he reached with prosecutors.

Judge Michael Goodbee said he wants the lawyer for Joe Tumpkin and prosecutors to describe in writing how the deal was reached and why it was a just resolution before deciding whether to accept it, the Daily Camera reported. Tumpkin's ex-girlfriend, Pamela Fine, who filed a formal objection to the proposed deal on Monday, also had a right to be present when he entered his plea, Goodbee said.

In court documents, Fine said the deal would cause a "chilling effect" on current and future victims of sexual and domestic violence.

Goodbee gave both sides 14 days to file their arguments and said he would issue a written ruling on whether he would accept the deal.

Tumpkin's lawyer, Jon Banashek, objected, saying he had never been asked before to justify a plea deal in writing before.

Tumpkin did not speak at the hearing and declined to comment afterward.

According to an arrest affidavit, Fine told investigators that Tumpkin assaulted her more than 100 times between February 2015 and November 2016 while they were dating.

Tumpkin was forced to resign because of the allegations, which also led to an investigation of how the university handled the accusations.