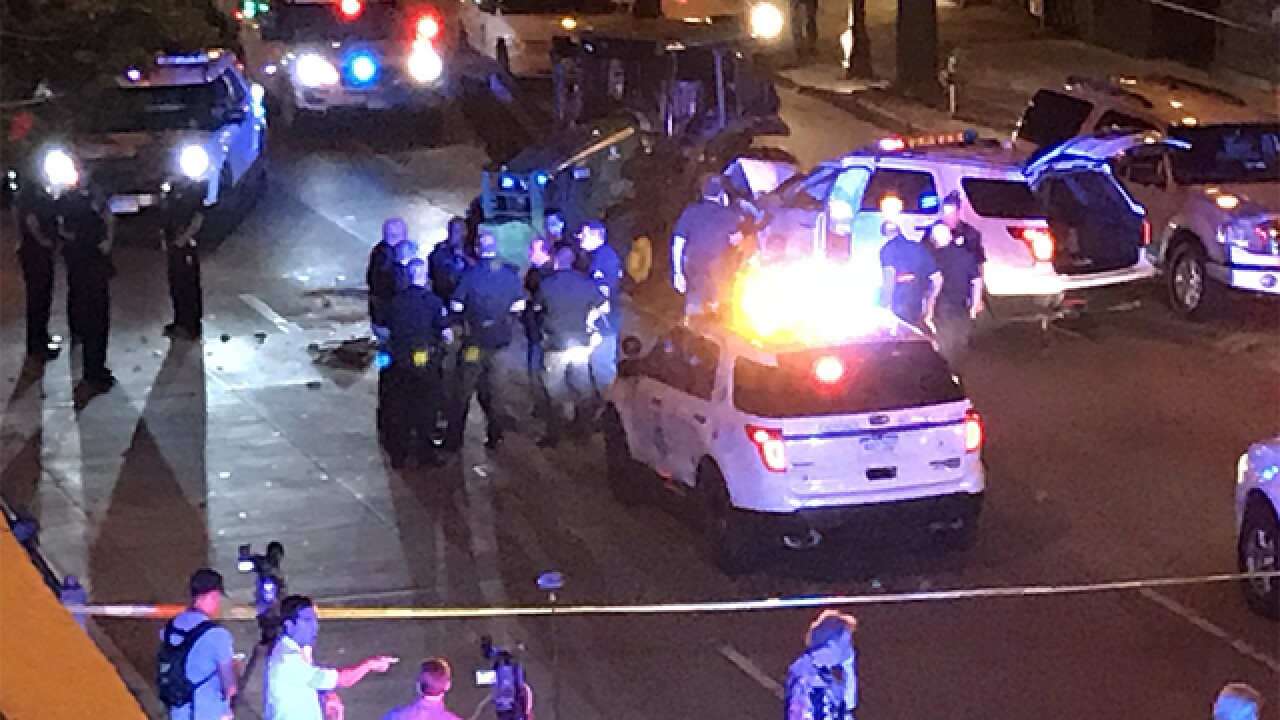 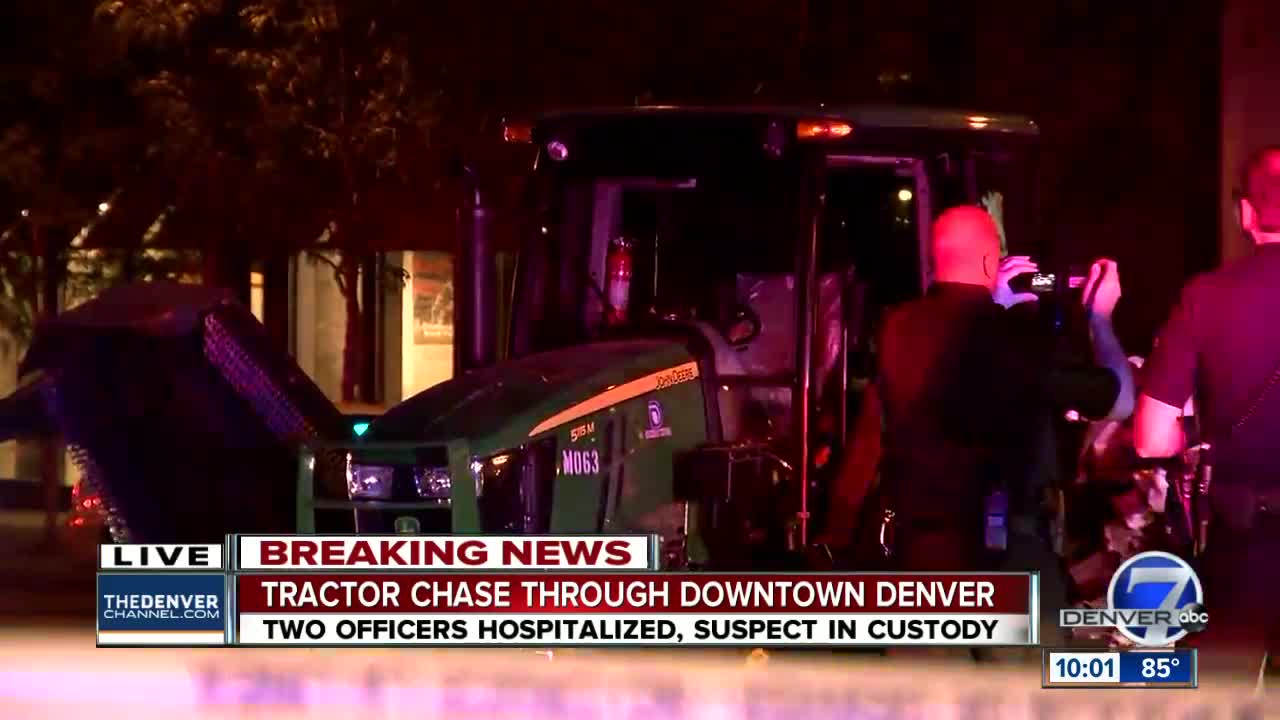 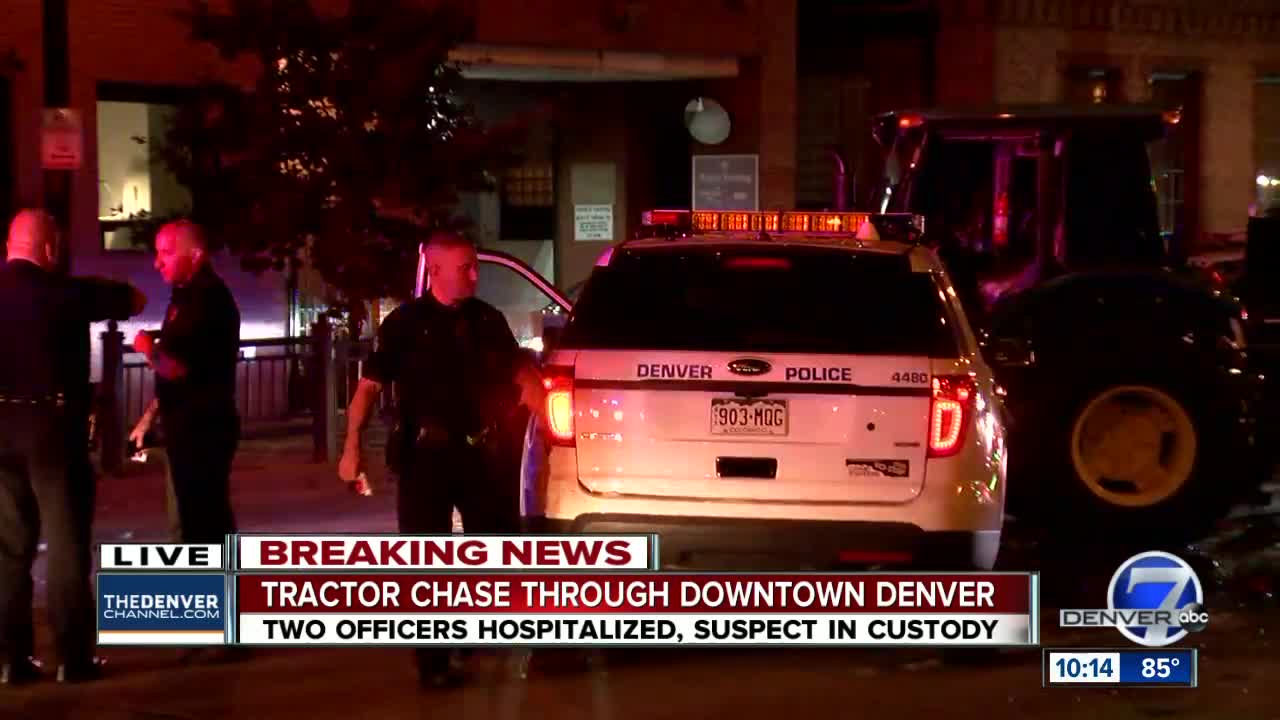 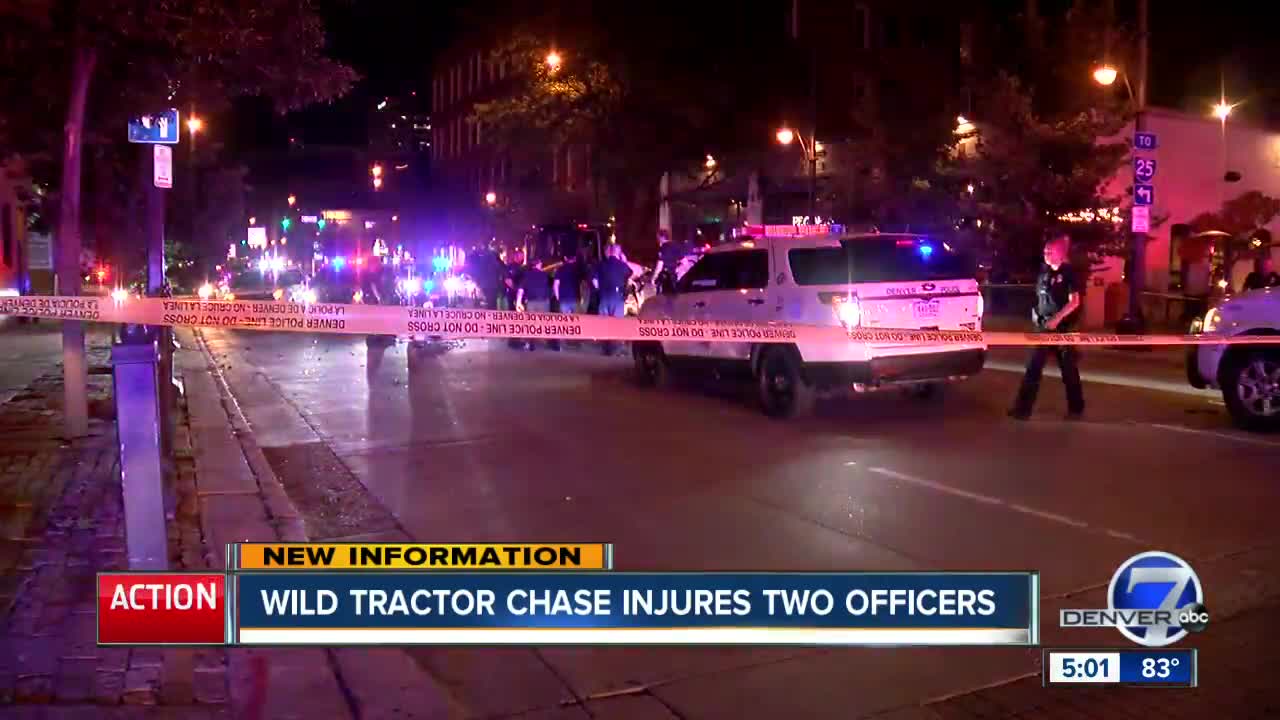 Reports that a tractor had been involved in a crash came in just before 8:30 p.m. to Denver Police, according to spokesman Tyrone Campbell, who said during a press conference at the scene of the crash where tractor was eventually stopped, that multiple vehicles were struck and several buildings sustained property damage as officers slowly chased the stolen tractor for about 30 minutes from the area of City Park.

When that tractor made it to the LoDo neighborhood, officers decided they had to stop the tractor to protect the public. At least one police vehicle rammed the tractor in order to disable it near Coors Field, the spokesman said.

Intersection of 15 & Market where a tractor stolen near City Park ended up. Police are investigating it separately & have not said if it's tied to 2 incidents earlier in the evening. pic.twitter.com/xNW0gwSvXY

Campbell said police pulled the man from the tractor and used a Taser on him. Officers also used K-9 dogs to subdue the suspect, indicating he was bitten. He was taken to the hospital for treatment.

This shows the damage to the front of the Denver Police cruiser pic.twitter.com/hmPo9vsqIZ

Two officers were also taken to the hospital for treatment. Campbell said they’re expected to be okay.

The intersection of 15th and Market was closed for several hours overnight as investigators comb the scene.

In a statement sent to Denver7, Denver Water said it was cooperating with Denver Police in their investigation into the stolen tractor.