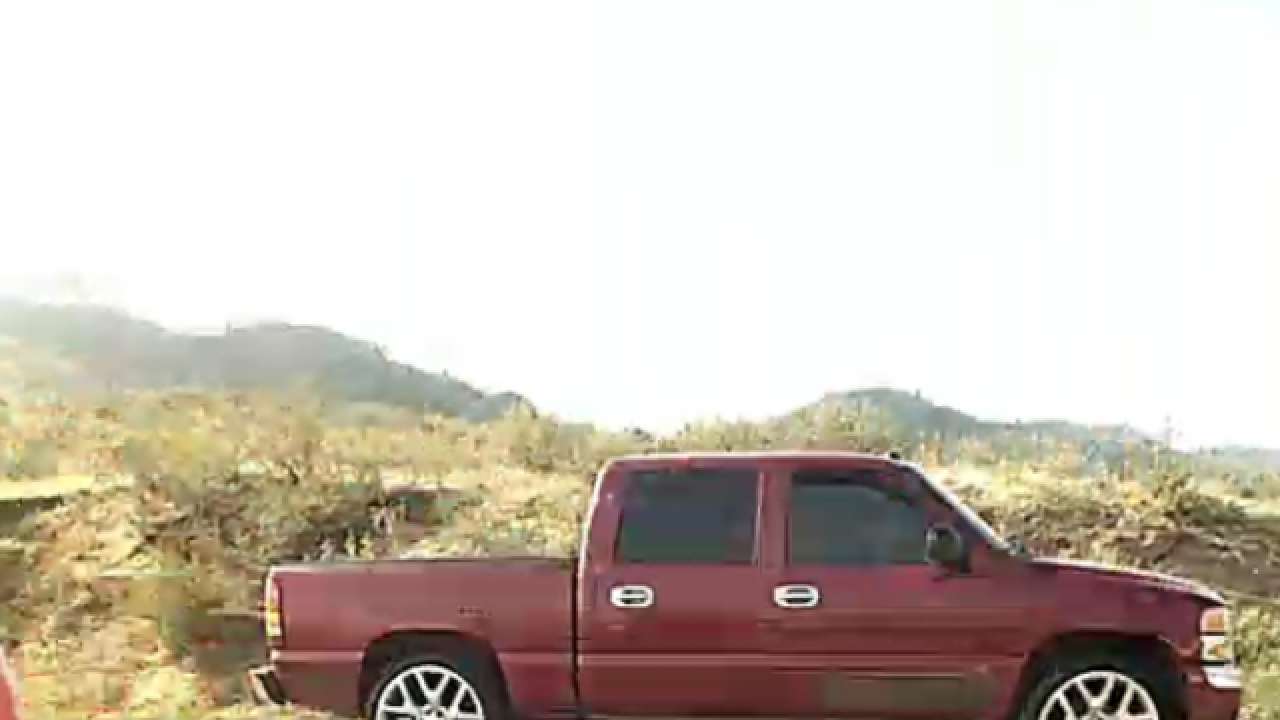 Courtesy of JeffCo Sheriff's Office
<p><span style="font-size:12.0pt"><span style="font-family:"Calibri",sans-serif">Authorities are searching for a red pickup truck after a shooting and chase down Lookout Mountain Road in Golden. </span></span></p> 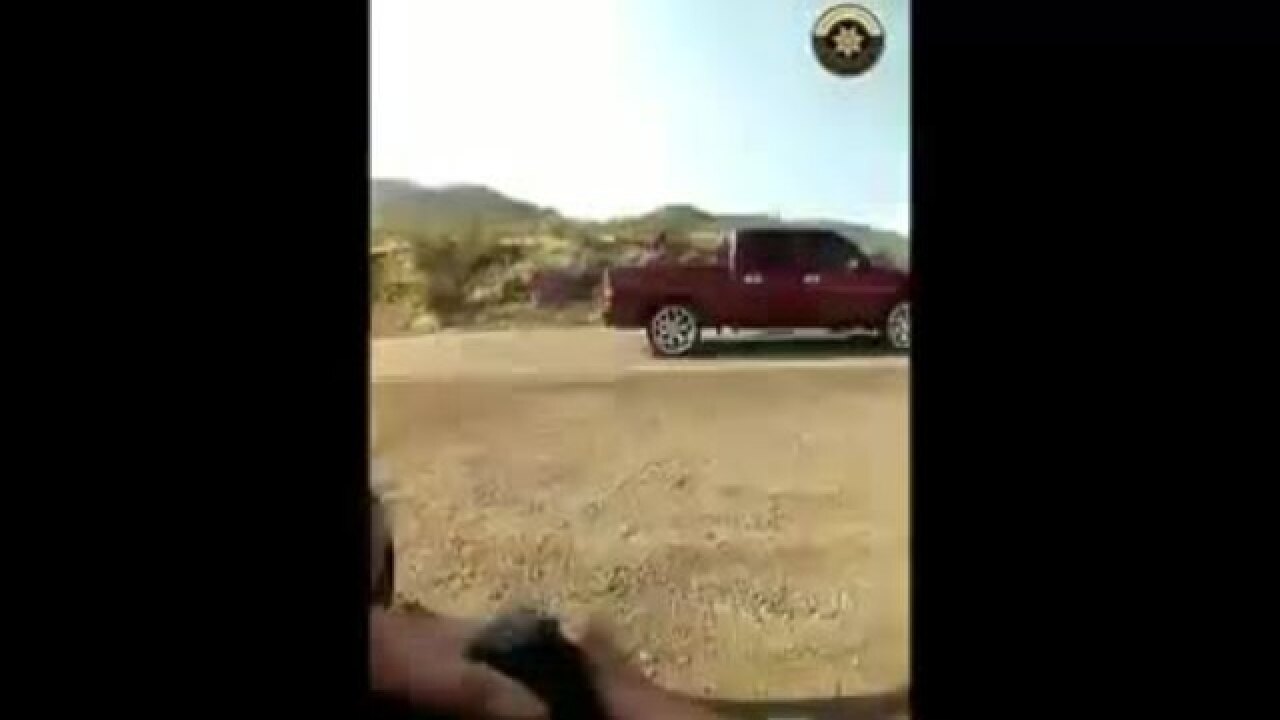 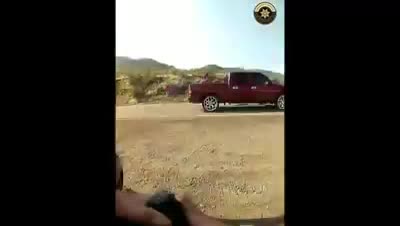 JEFFERSON COUNTY, Colo. — Authorities are searching for a red pickup truck after a shooting and chase down Lookout Mountain Road in Golden.

Shortly after 9 a.m. Monday, a deputy with Jefferson County Sheriff’s Office responded to the 1200 block of Lookout Mountain Road after receiving a report of a man shooting a handgun from a red pickup truck. A homeowner had reported that bullets were ricocheting off his home, according to the sheriff's office.

The deputy searched around Buffalo Bill’s Grave for the car but did not see it. The deputy drove toward Windy Saddle and located a red pickup parked off the roadway.

As the deputy drove near the truck, the driver accelerated, ramming the front of the deputy’s patrol car.

The suspect then steered the pickup onto Lookout Mountain Road and started driving east.

The deputy was not injured.

As the pickup continued traveling east, it sideswiped another deputy’s patrol car as the deputy jumped inside. This deputy was not injured either, according to the sheriff's office.

Additional responding deputies got other drivers off the road before the pickup approached.

At the bottom of the mountain, the suspect driver maneuvered past other patrol cars in a reckless manner before deputies called off the pursuit out of safety concerns.

The driver is described as a white or Hispanic male with black hair, a slender face and a mustache. He is estimated between the ages of 18 and 23, according to the sheriff's office.

The front passenger may be a white or Hispanic female between 16 and 20 years old with long black hair.

The rear passenger was a white female between the ages of 15 and 20.

Anybody with information on this incident, these individuals or the red pickup truck is encouraged to call the sheriff’s office tipline at 303-271-5612 or Metro Denver Crime Stoppers at 720-913-7867.

Jenny Fulton with the sheriff’s office said as of Thursday afternoon, they hadn’t received any promising leads.