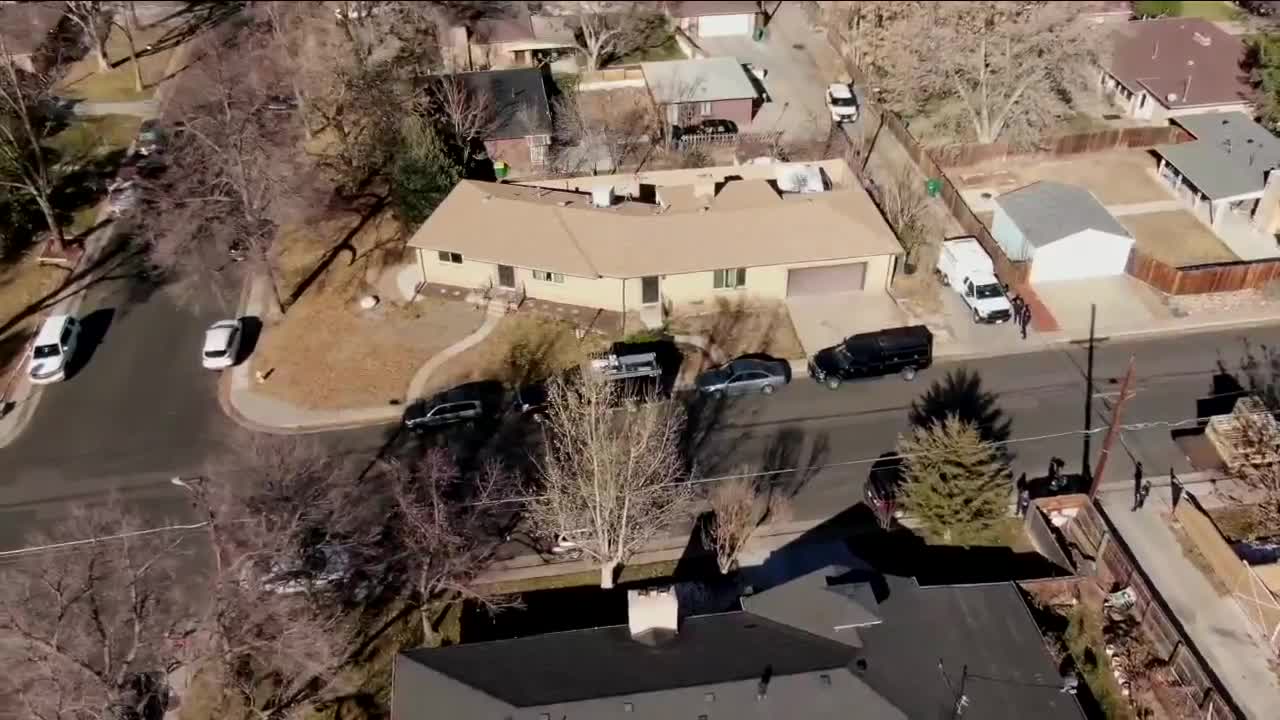 On Thursday, authorities in Aurora used heavy equipment as they continued to search a home in connection to the Lashaya Stine case. 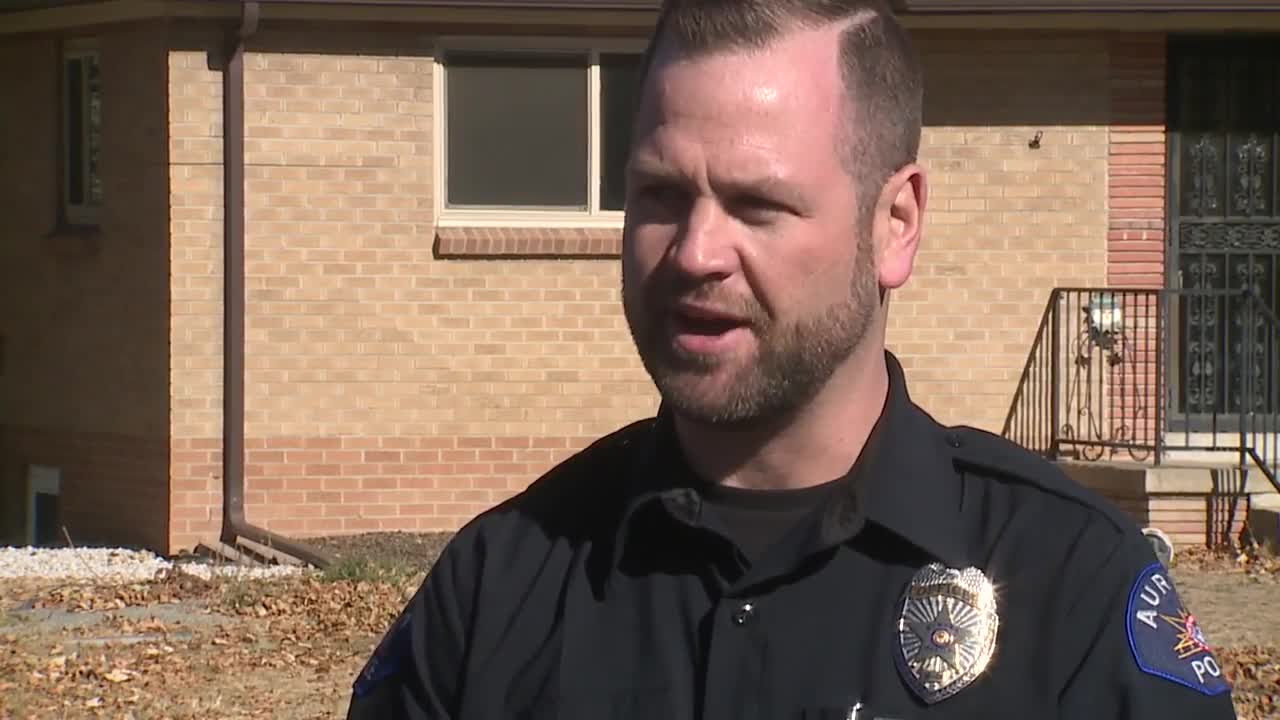 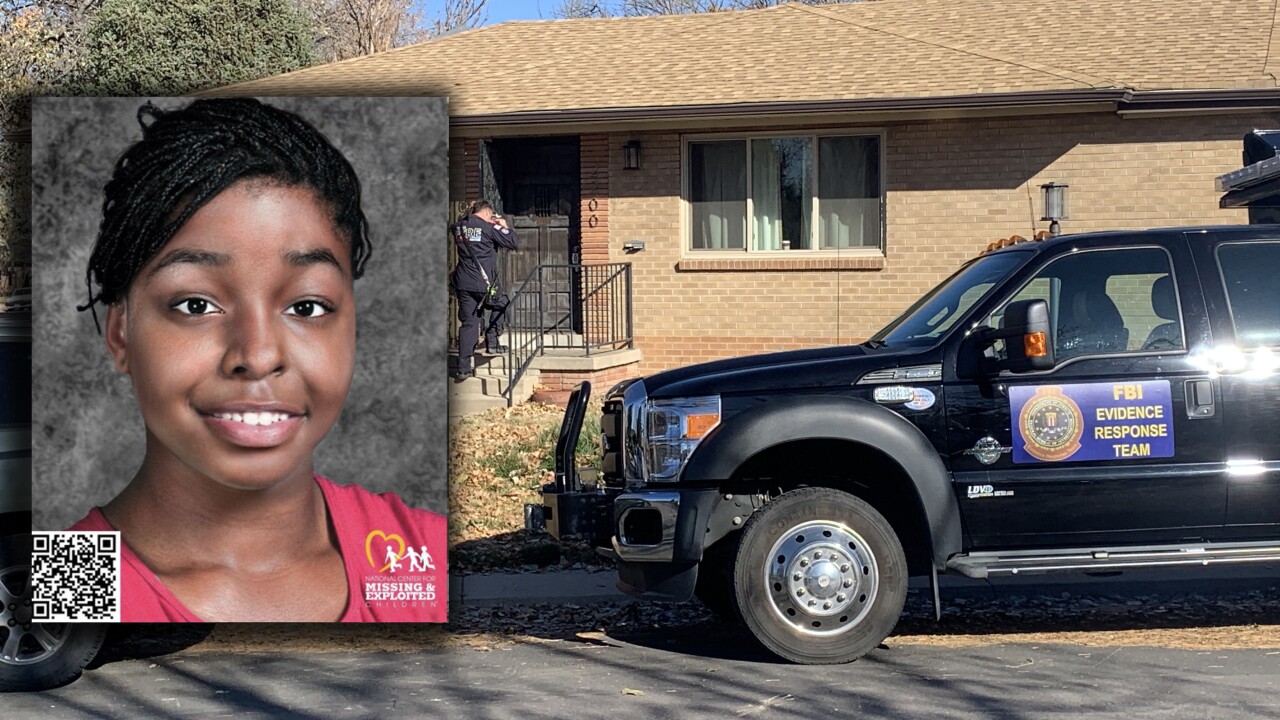 AURORA, Colo. — On Thursday, authorities in Aurora used heavy equipment as they continued to search a home in connection to the Lashaya Stine case.

Stine went missing from the area in 2016 when she was 16 years old.

On Thursday morning, Aurora authorities, including police and the FBI, continued their search of a vacant home on the 2200 block of Lansing Street after investigating the house on Tuesday and Wednesday.

Around 12:30 p.m., Matthew Longshore, a public information officer for the Aurora Police Department, said they found "a few things" that required a closer look and, therefore, additional equipment, so Aurora Fire Rescue was asked to bring its heavy equipment to the home. He said the equipment can break up chunks of concrete and then investigators can sift through it. A trench rescue truck arrived around 10 a.m.

Longshore said investigators were focused on the home's basement Thursday. As of the afternoon, he said they had no evidence Stine was in the basement.

"We haven’t had any evidence yet to support that," he explained. "But we have to make sure we’re doing a thorough search. We don’t want to leave anything in question. So, we’re bringing in the specialized equipment.”

Aurora police said shortly after 3 p.m. Thursday that investigators were finishing up their searches at the home.

“Detectives will process the evidence they recovered to determine if there is a connection to the Stine case,” police wrote in a tweet. “We are still searching for answers in Lashaya’s disappearance.”

The home is in the same area where Stine was last seen on a video police released in August of 2016. The video shows Stine walking near E. Montview Boulevard and Peoria Street around 2:30 a.m. on July 15, 2016.

On Tuesday, Aurora police confirmed they went to the house that morning to follow-up on some tips and leads. It was the first public update on the case in about a year, when the Aurora Police Department released an age progression photo of Stine.

Police said Stine knew the previous residents, who had since moved out. Another family had moved in and police said they needed to wait until the second family moved out to search the home. The house is vacant now.

Cadaver dogs and other search dogs from the FBI were used at the house on Tuesday. Investigators were seen bringing shovels into the house. The search concluded that evening and police said they would resume the search for evidence on Wednesday.

Stine’s family said in a statement Tuesday they remain hopeful she will be found and brought home.

“The Aurora Police Department has worked on this case since the day she went missing and we thank them for following every lead. We believe that someone in the community has information about where she is. Please, if you know anything, come forward,” the family said.

Police were back at the house Wednesday, but did not release any updates on the search.

Stine would be 20 years old now. Last summer, police released an age progression image of what investigators believe she might look like now. When she went missing in the summer of 2016, she was 16 years old, 5 feet, 7 inches and about 150 pounds. She has black hair, brown eyes, and a quarter-sized round scar on her chest.

In the days after she went missing, her mother Sabrina Jones told Denver7 that she believed her daughter had left the home on her own accord but intended to come back home because she left her phone charger and wallet, and did not pack any clothes. Jones said her daughter was an honor student and was expected to start a job shortly after she disappeared. Within the first six months of the search, Jones said they had several tips, including some about Stine with an adult male and younger female. However, these tips did not lead to any new information.

Police have never named a suspect in this case.