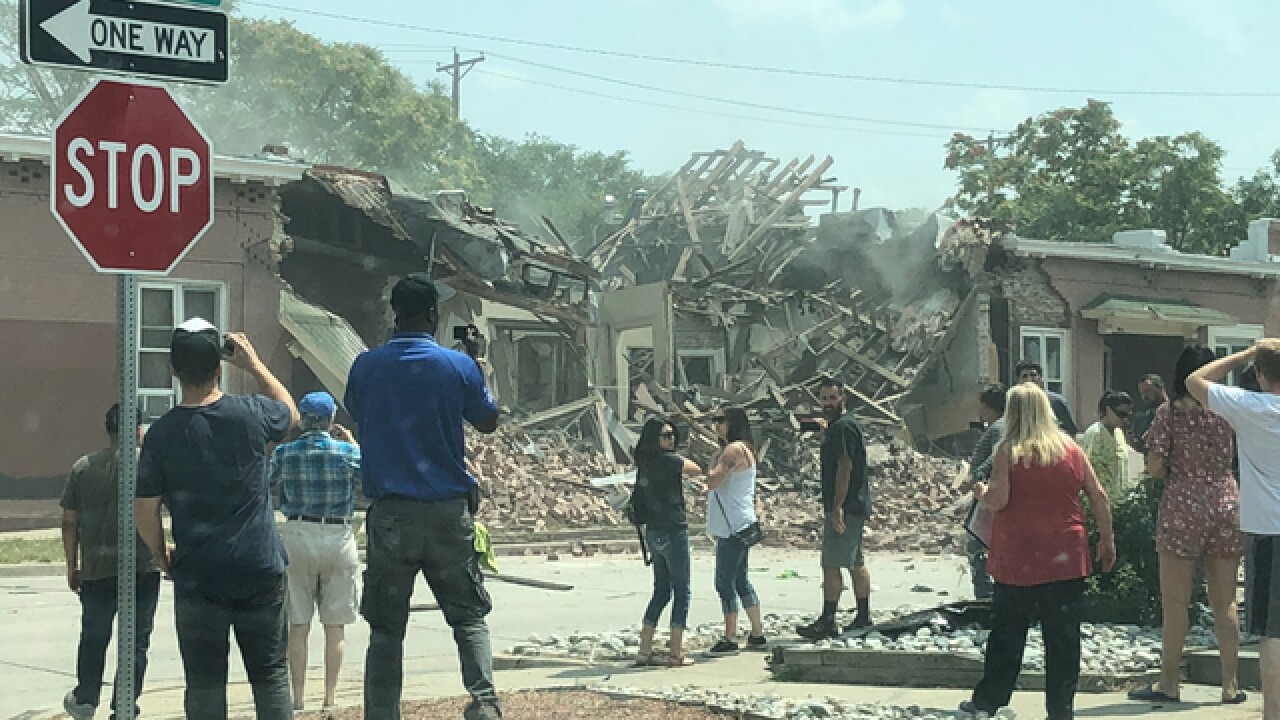 Derek Stover
<p>N. Santa Fe Drive is closed in both directions at 1st and 3rd Avenues for an "incident," Denver police said. Witnesses at the scene said there was an explosion at a building nearby and that apartments may have been damaged. </p>

DENVER – Fire investigators are analyzing physical evidence collected from the scene of this week’s natural gas explosion at a Denver apartment complex to try and determine what caused the blast that injured nine people.

In addition to that physical evidence, Denver Fire Captain Greg Pixley told Denver7 Thursday that investigators are looking at surveillance video, cellphone video from bystanders and other witness accounts as the investigation continues.

VIEW:  See photos of the aftermath of the explosion and building collapse

Pixley said that video from a surveillance camera across the street from the complex that exploded is being analyzed.

The explosion damaged most of the seven-unit apartment complex, which partially collapses afterward. Santa Fe Drive was closed between 3rd and 4th avenue in the areas for several days but had reopened by Thursday night.

Agents with the federal Bureau of Alcohol, Tobacco, Firearms and Explosives joined the investigation, along with numerous other agencies, a day after the explosion happened. A high-ranking Denver official told Contact7 Investigates an arson investigation was part of the full probe.

GoFundMe pages have been started for several people who were injured in the explosion. Investigators still haven’t determined its cause.