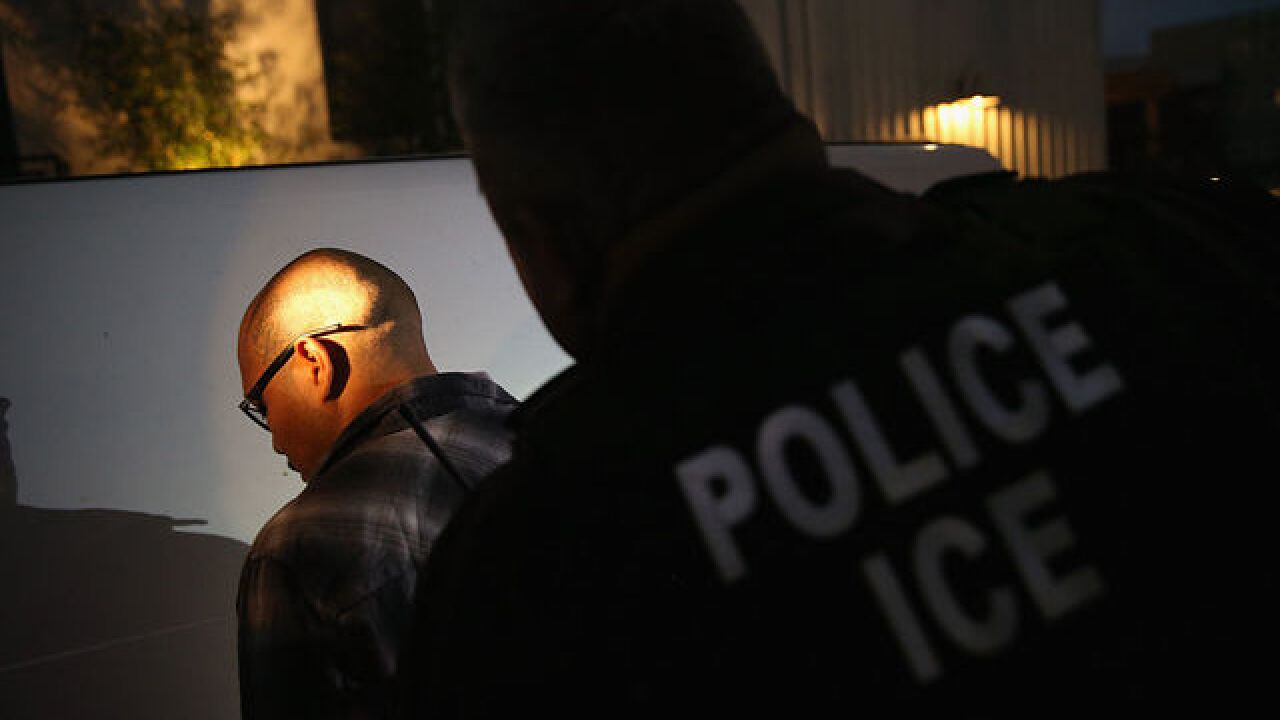 2015 Getty Images
John Moore
<p>NORTHRIDGE, CA - OCTOBER 14: A man is detained by Immigration and Customs Enforcement (ICE), agents early on October 14, 2015 in Los Angeles, California. ICE agents said the undocumented immigrant was a convicted criminal and gang member who had previously been deported to Mexico and would be again. ICE builds deportation cases against thousands of undocumented immigrants, most of whom, they say, have criminal records. (Photo by John Moore/Getty Images)</p>

WASHINGTON (AP) — The Homeland Security Department is set to launch an office for American victims of immigrant crime.

The Victims of Immigrant Crime Engagement, or VOICE, opens Wednesday and is intended to keep victims informed of the immigration proceedings of suspects.

Critics have argued that such an office is misguided in part because multiple studies show that immigrants are less likely to commit crime than native-born U.S. citizens.

President Donald Trump announced the office in his speech to Congress in February. The office's creation was also part of an executive order aimed at combating illegal immigration.

Trump's tough approach to illegal immigration was the core issue of his campaign. The office's opening comes as his administration is highlighting his accomplishments as he approaches the 100-day marker of his presidency.

The launch came on the same day that Rep. Jared Polis, D-Colo., and several other members of Congress launched the Saved by American Immigrants National Taskforce (SAINT), which is aimed at sharing stories of immigrants both legal and undocumented who have positively-affected society.