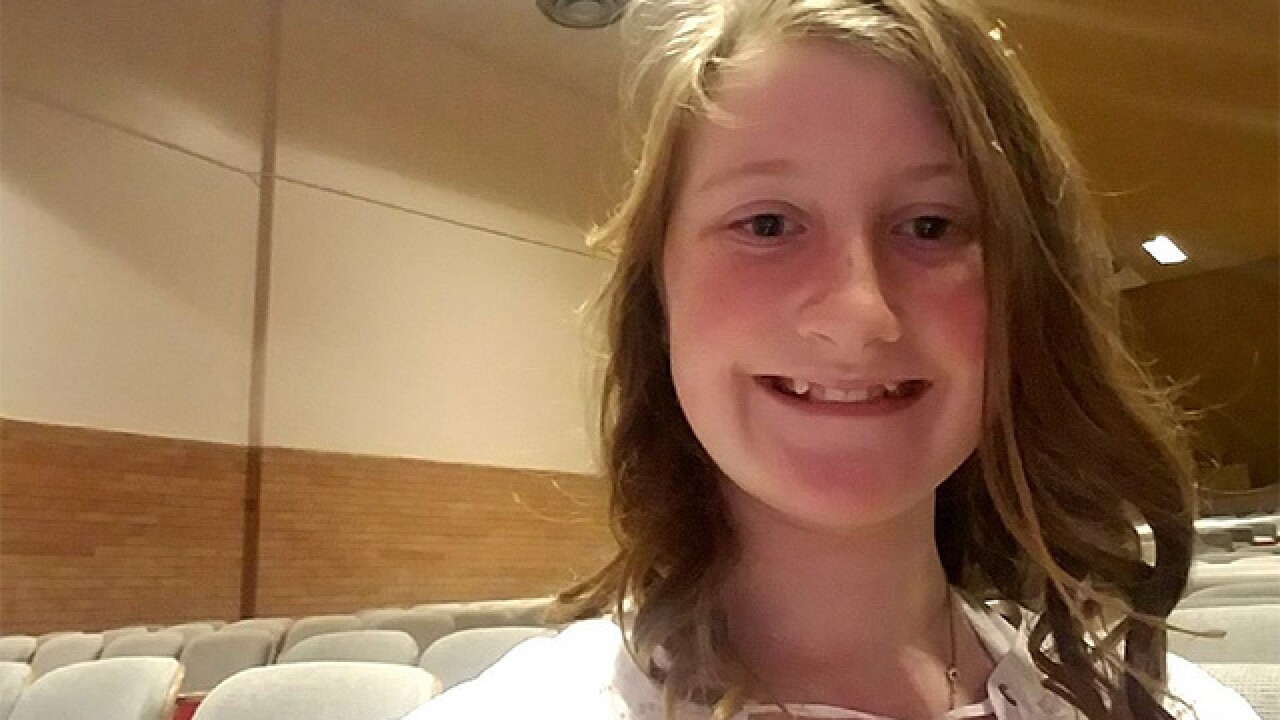 UPDATE (April 26, 11:40 a.m.): Police say the girl's stepfather, a registered sex offender, is a person of interest in her disappearance. Read more here.

GRAND JUNCTION, Colo. – An Amber Alert has been issued for a 12-year-old girl in Grand Junction, more than six hours after she was reported missing.

Police say Raeanna Rosencrans, 12, was last seen getting into a green “boxy” sedan in the area of D 1/2 Road and Larry’s Meadow Drive at around 3 p.m. after she was dropped off by a school bus.

She was last seen wearing black jeans and a black tank top with white highlights around the neck, black Adidas shoes, and a black and white backpack with a southwest design, according to police.

Colorado Bureau of Investigation officials say she may be in an older model green boxy style sedan accompanied by a white, balding man with a medium build. The suspect was described as being approximately 5-foot-7 or 5-foot-8 tall and in his 40s or early 50s. He was described as wearing a green, button down shirt.

Officials did not have information on a license plate number or a direction of travel for the vehicle.

If you see Rosencrans, you are asked to call 911 immediately.