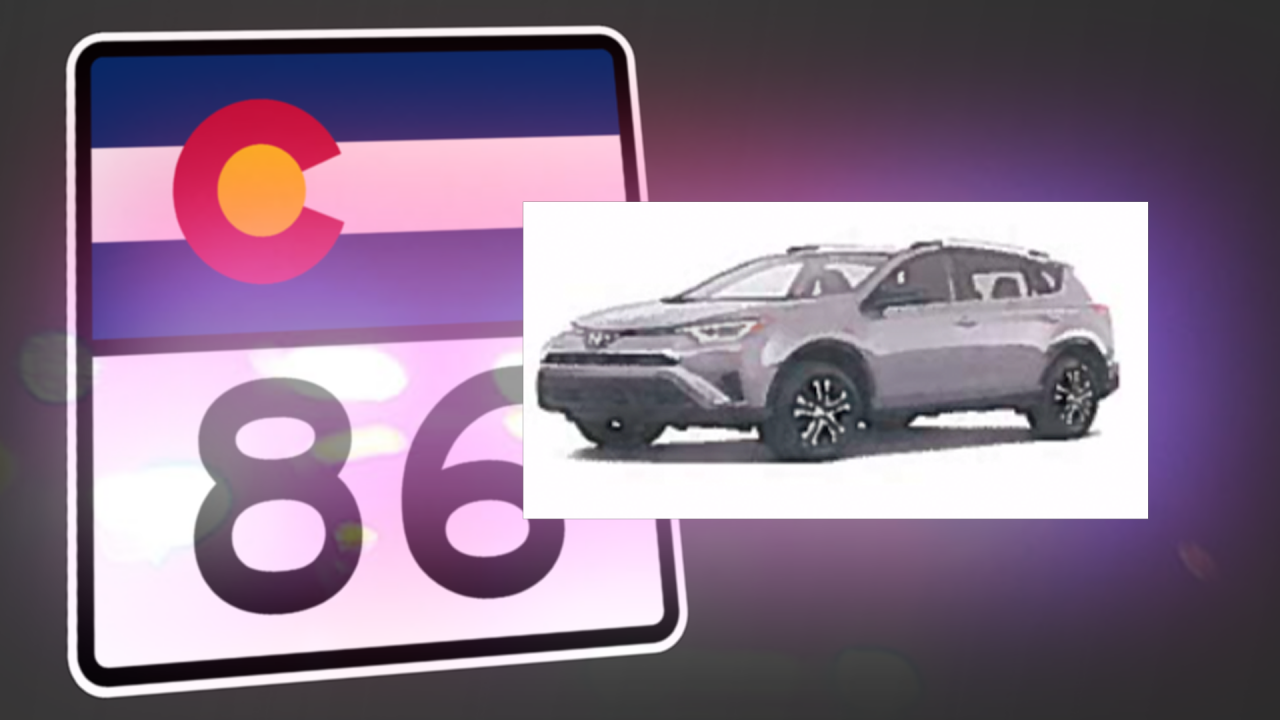 A man and two women had rolled their red Dodge Grand Caravan in the area of Colorado State Highway 86 and County Road 125, according to the Elbert County Sheriff's Office. Deputies were dispatched to the scene around 5:30 a.m.

Before deputies arrived, two women in a 2006 silver Toyota Rav4 were passing by and stopped to see if they could offer assistance to the three people involved in the single-vehicle crash.

The two good Samaritans got out of their Rav4 and began speaking to the crash victims when the man pulled a gun, and the three crash survivors took off in the women's SUV, the sheriff's office said. The good Samaritans were not injured.

The armed suspect is described as a white male in his late 20s. He is about 5'10" tall with a skinny build. He was wearing a black jacket, black sweat pants, black socks and had a tan military-type backpack.

The two women reported to be with the male suspect are both described as Hispanic. The first is about 5'7" tall with long curly black hair and heavy-set. The second woman is about 5'10" tall with acne scars on her face, long dark straight hair and was wearing a beanie and a light jacket.

The three could still be in the 2006 silver Toyota Rav4 with Arizona license plate BSR3729.

Deputies said the suspects are considered armed and dangerous.