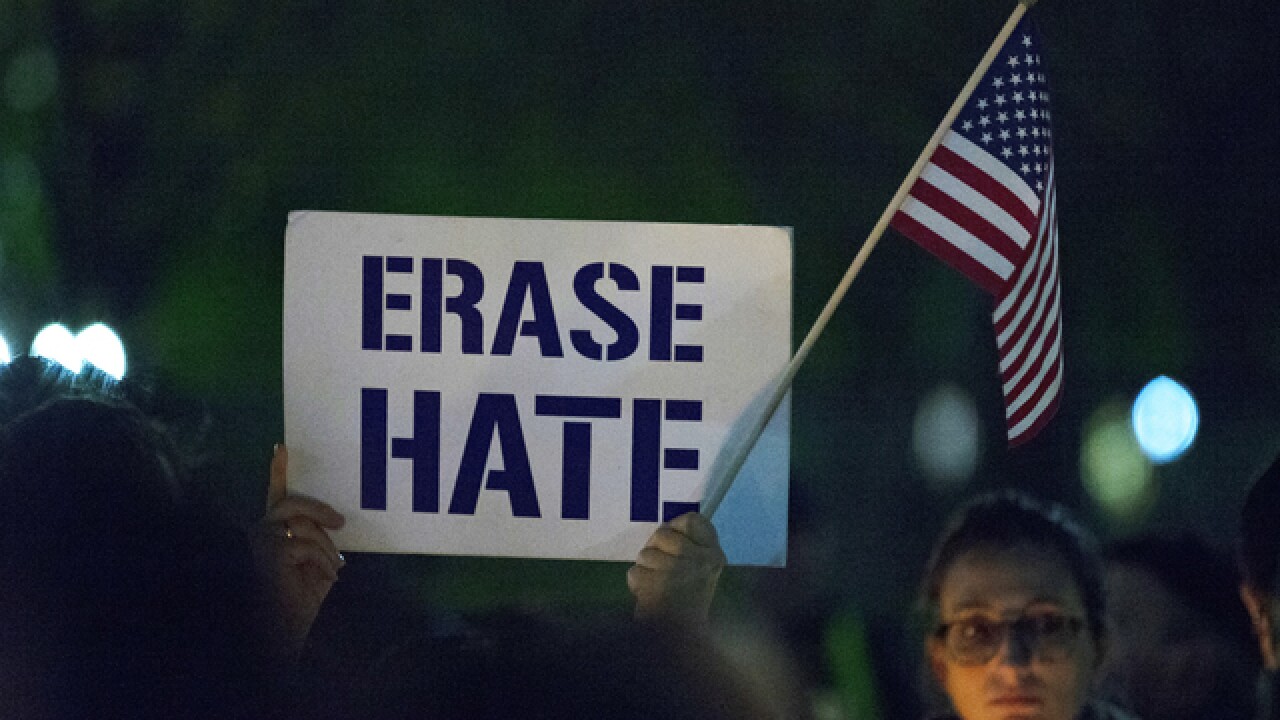 Image copyright 2018 Getty Images. All rights reserved. This material may not be published, broadcast, rewritten, or redistributed.
Alex Edelman
<p>A vigil participant holds a 'Erase Hate' sign during a Havdalah vigil for the victims of the Tree of Life Congregation shooting in front of the White House on October 27, 2018 in Washington, DC. (Photo by Alex Edelman/Getty Images)</p>

Aurora and Denver both sat at the top of the list of Colorado cities with the most hate crimes reported last year, and offered little change from 2016.

Between all of those agencies, the FBI gathered 7,175 criminal incidents and 8,437 related offenses that were motivated by bias toward race, ethnicity or ancestry, religion, sexual orientation, disability, gender, and gender identity in 2017.

Law enforcement in Denver, which boasts the largest population in the state, reported 17 different hate crimes related to the following biases:

Authorities did not report any crimes motivated by bias against disability, gender or gender identity in Denver in 2017.

Aurora, which has a population a little more than half of Denver’s, reported 18 hate crimes. Those incidents were spurred to biases against:

Colorado’s second-largest city, Colorado Springs, only saw one bias-motivated crime in 2017, according to the report. There was just one incident that year, and it was related to religion bias. The year prior saw six hate crimes.

Across the United States, the most common bias-motivated hate crime in 2017 stemmed from anti-black or anti-African American interests — 2,013 incidents in total. The following are the subsequent highest-ranking crimes motivated by bias against:

To read the FBI's full Hate Crime Statistics (2017) report, click here. Use the interactive infographic below to explore how many hate crimes have occurred in each Colorado city in 2017.