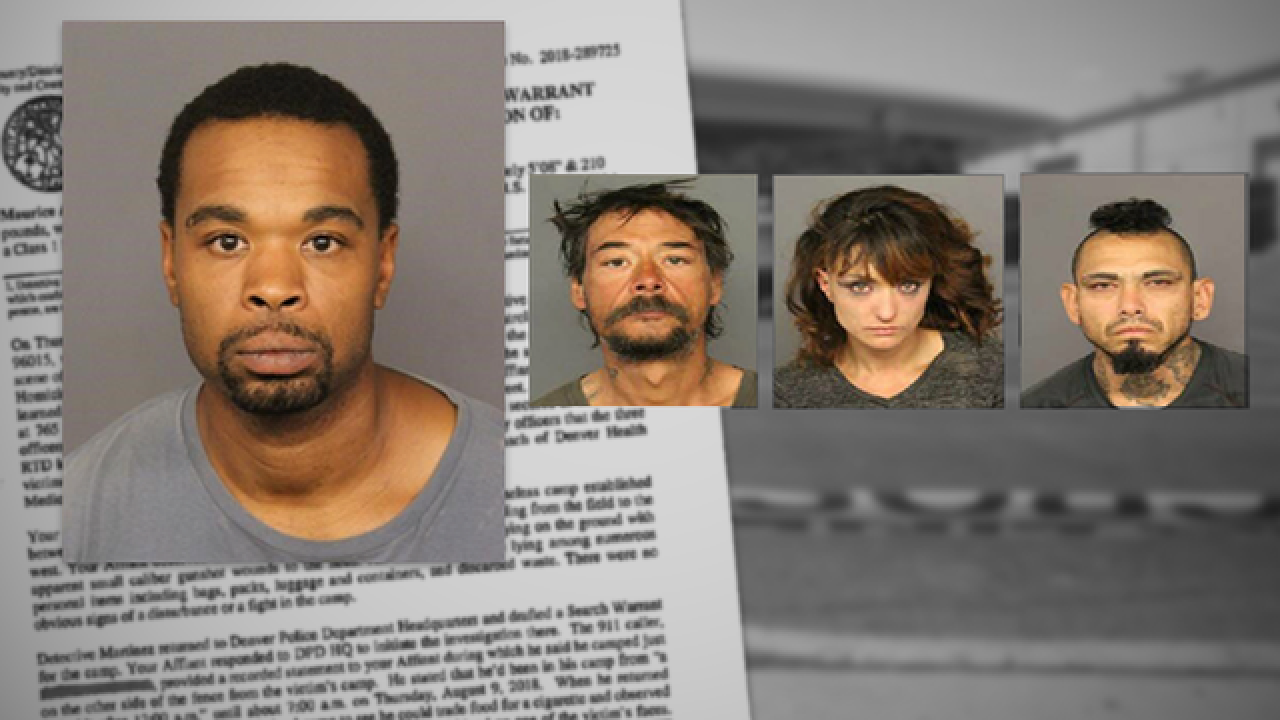 DENVER — An unpaid drug debt was established as the main motive for the murders of three homeless individuals in August, according to newly-released court documents.

Maurice Butler, 38, was arrested last month and is facing three counts of first-degree murder for the shooting deaths of Christopher Zamudio, 45, Nicole Boston, 28, and Jerome Coronado, 39.

The bodies of the three adults were found Aug. 9 near the intersection of S. Broadway and E. Ohio Ave. Denver police believe all three victims were homeless.

According to an affidavit obtained by Denver7 Tuesday, Boston and Coronado were “homeless drug addicts” who would often purchase drugs from Butler, who went by the name of “Khaos,” at Civic Center Park.

Police said the pair had racked up a large drug debt owed to Butler and were actively hiding from him. However, those efforts proved to be fatal when on the night of Aug. 8, the documents say Butler, who was on parole and wearing a GPS ankle monitor, learned of the location of the pair’s camp, traveled to the site and shot all three in the head using a small caliber gun.

The third victim, Zamudio, appeared to have no connection to Butler.

According to the affidavit, friends and acquaintances of Coronado and Boston knew of the pair’s troubles and pointed police to Butler during interviews with detectives amid the investigation. He was arrested on parole violations on Aug. 13, four days after the murders.

Documents say GPS data from the suspect’s ankle monitor placed Butler at the scene of the crime.

Butler has been formally charged with three counts of first-degree murder after deliberation. He remains in the Denver City Jail.