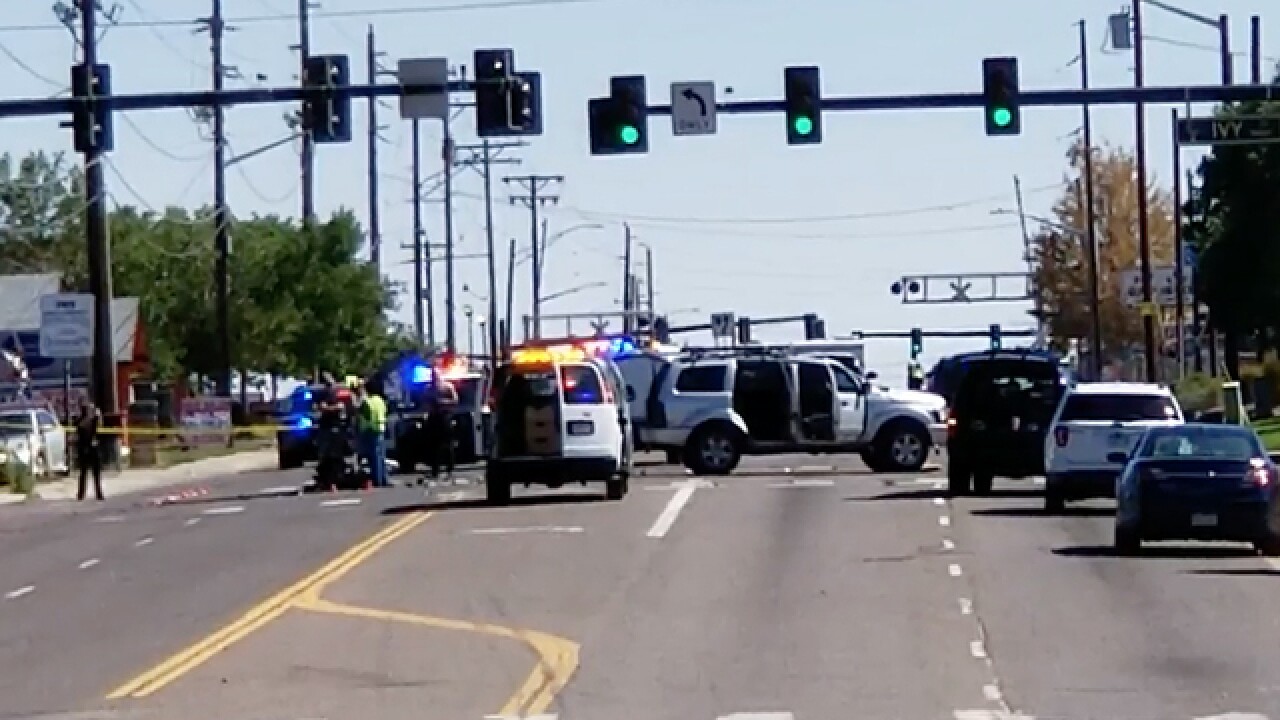 COMMERCE CITY, Colo. – A man who police say stole a motorcycle in Commerce City died after crashing with a vehicle about half-a-mile from where he was first spotted by law enforcement.

Police said they found a reported stolen motorcycle in the area of 72nd Ave. and Monaco Street just before 9 a.m., but when they tried to stop the driver, the man sped away. Officers decided not to chase him.

A short time later, Commerce City residents reported a crash had taken place about five blocks west, in the area of 72nd Ave. and Ivy St. Police were told a motorcyclist collided with a vehicle in that intersection.

The man was declared dead at the scene. Investigators did not release a condition on the person driving the vehicle.

Police say this is the eighth fatal crash in that city this year.