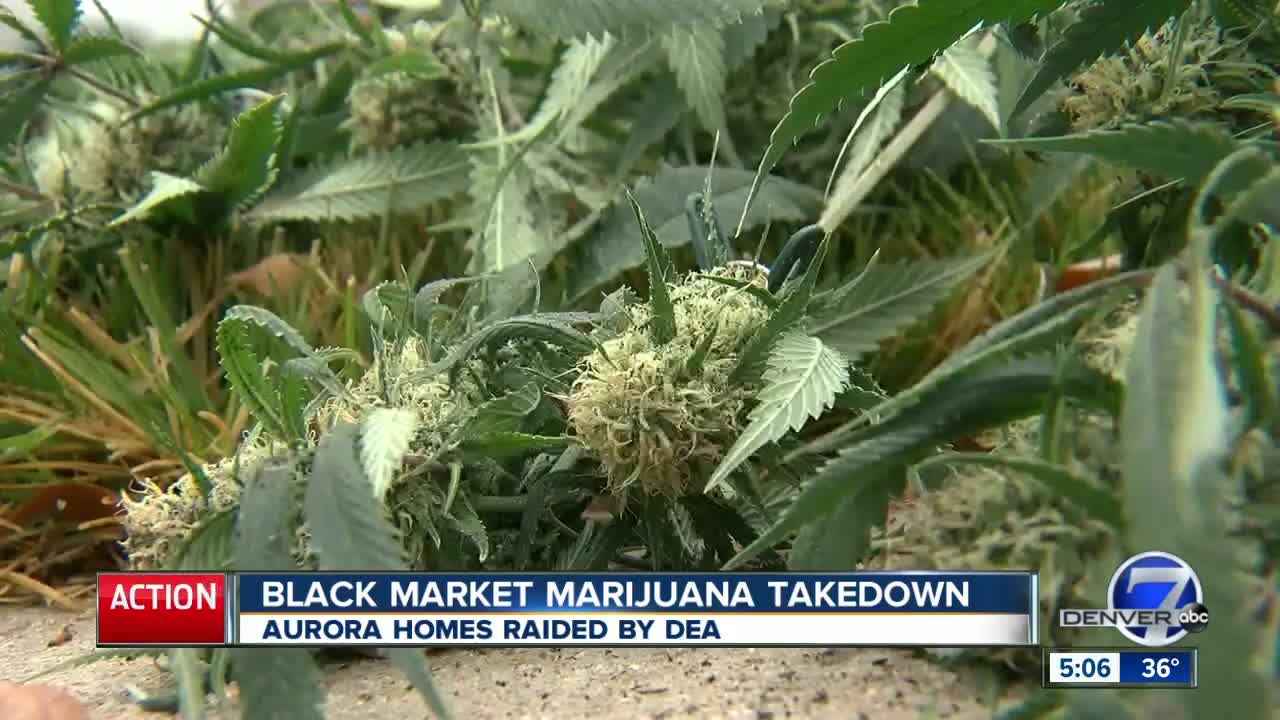 Local law enforcement and agents from the Drug Enforcement Administration raided dozens of homes Wednesday morning around the Denver metro area as part of a massive marijuana enforcement effort. 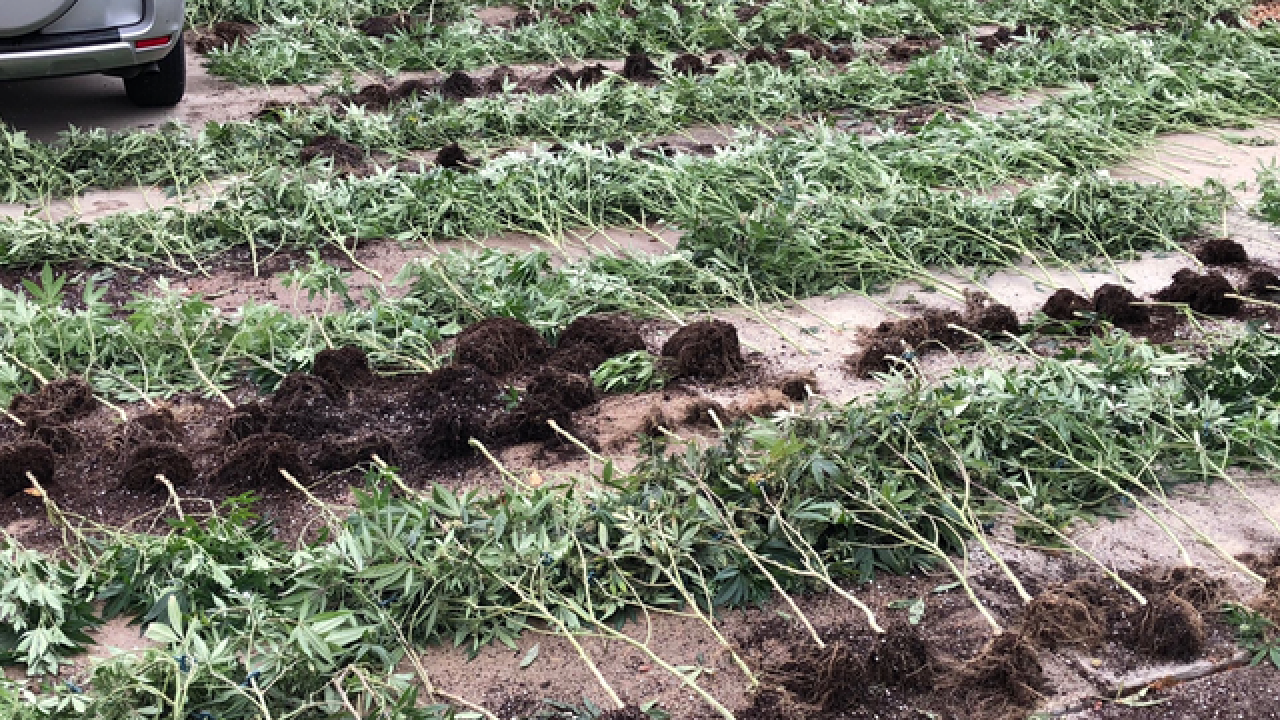 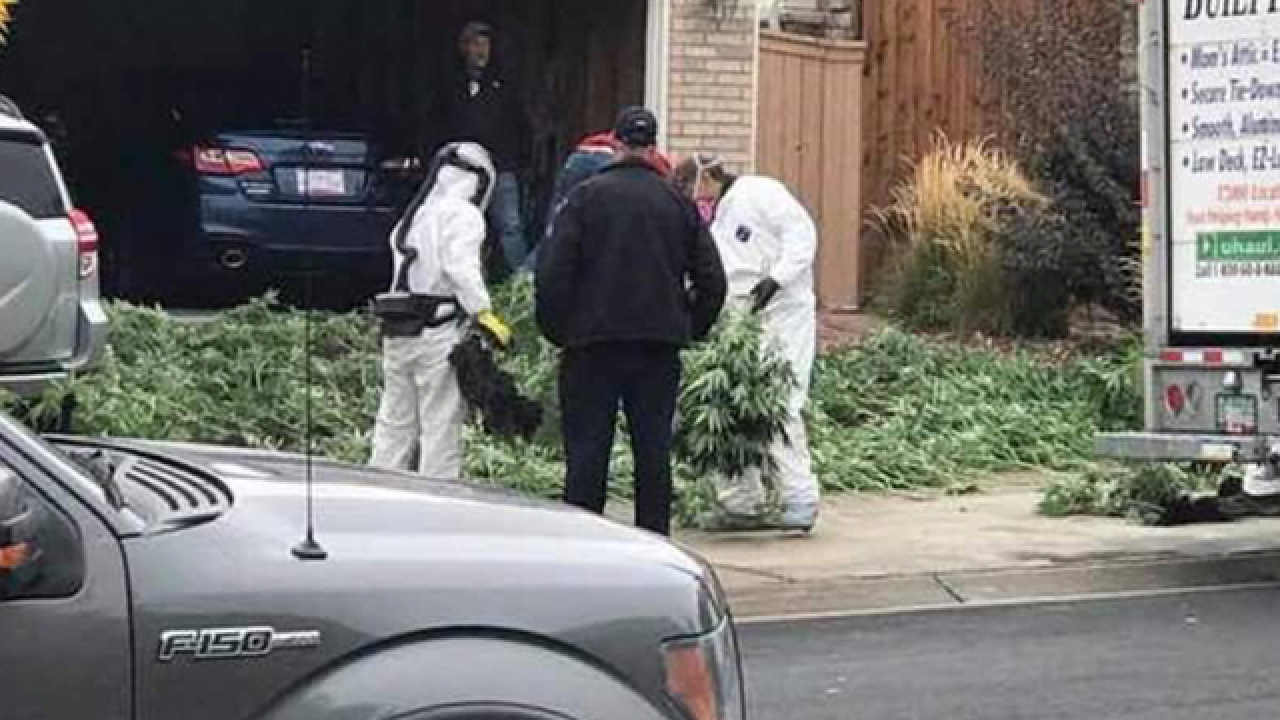 AURORA — Local law enforcement and agents from the Drug Enforcement Administration raided dozens of homes Wednesday morning around the Denver metro area as part of a massive crackdown on black market marijuana.

Denver7 was on scene when agents removed marijuana plants from several homes in the Tollgate subdivision in Aurora.

Row after row after row of marijuana plants are lying in the driveway, & on the sidewalk & front lawn of a house on Whitaker Drive in Aurora. DEA executing dozens of federal warrants related to suspected illegal grows. pic.twitter.com/xCx1gUG8Xh

"We've been targeting a marijuana criminal organization for quite some time," said Timothy Scott of the DEA. "The ongoing investigation is under seal, so I can't go into details."

Authorities say several people were taken in for questioning.

When asked about arrests, they said those likely wouldn't happen until much later in the investigation.

Neighbors were surprised to see a heavily armed police presence in the normally quiet Tollgate neighborhood.

"It was a complete shock to us," said Hardy Jones, who moved to Colorado about a month ago. "We had  no idea what was going on."

"It was a little scary for a while," said neighbor Gary Gradoville.  "I'm not totally surprised, with the marijuana laws here in Colorado, that stuff like this happens, but it's reassuring, at least, that authorities are taking the bull by the horns and are stopping it when they see it."

Gradoville said something similar happened up the street about 10 or 11 years ago.

"As a matter of fact," he said, "it actually started a fire because of the heat lamps in the basement."

Nearly 100 homes and businesses were raided in the metro area during a similar operation back in August.

18th Judicial District Attorney George Brauchler says black market marijuana goes against what the people voted for in 2012, when they approved Amendment 64, which regulates recreational marijuana.

"This office and our partners, local and federal, are attempting to enforce the will of the people...by cracking down on all those who operate outside of that regulated framework," Brauchler said.

Scott told Denver7 that black market marijuana, which would bring $1,000 a pound in Colorado, is being sold for upward of $7,000 a pound on the east coast.

"These homes are being destroyed from within," he said. "We have people installing electrical wiring and equipment that is not up to code. You have mold problems, and infrastructure problems."

Scott says holes are being cut into walls and floors for ventilation equipment, and that those holes are compromising fire safety.

"If there's a fire and the fire department comes in, they're going to stop," he said.  "They don't want to get messed up in a bunch of wiring or netting.  It's a safety issue."

Scott wouldn't talk about what officers found in any of the homes on Wednesday, but he did say that in the past, they've seen children living in grow house, with pesticides and chemicals "all over the house."

"We've seen weapons," he said. "Weapons are very common. I've seen grow houses where power boxes where open.  The residents had stolen power, and put a transformer inside the house, and there were kids and dogs walking around.  It was completely open and if anyone ever touched it, it would kill them instantly."

Brauchler said that since voters approved recreational marijuana in 2012, there have been 11 murders in his district alone, related to the illegal transaction of marijuana.

"That's just the tip of the pyramid, when it comes to violent crime," he said. "What we didn't do was try to figure out how many attempted murders, how many assaults, robberies, burglaries and trespasses were involved."

The DA said once the investigation is complete and arrests are made, he'll sit down with federal officials to decide where the cases will be prosecuted.