Denver woman arrested in death of 7-month-old son said he had 'demon' inside him, documents show 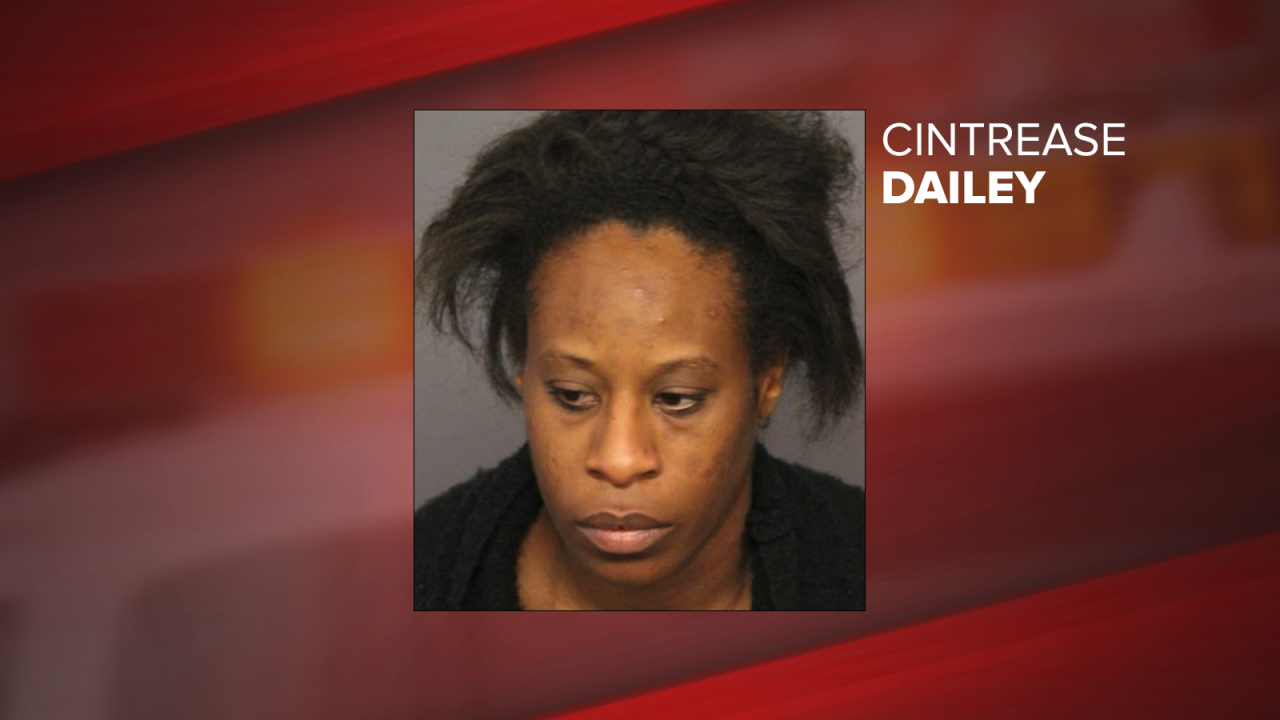 DENVER – The woman arrested Tuesday for investigation on a charge of child abuse resulting in the death of her 7-month-old son told a friend or family member there was a demon inside of the baby and that it had been dead for several hours before being taken to a hospital.

Cintrease Dailey, 21, was booked Tuesday morning for investigation on the child abuse resulting in death charge.

According to a probable cause statement for her arrest, Dailey and the friend or family member brought the infant, who was born in September, to Rose Medical Center early Tuesday morning, and the boy was pronounced dead at 3:45 a.m. Doctors called police to the hospital to investigate.

Police had actually been called to Dailey’s home in the 1100 block of Xenia Street on Monday for a welfare check after someone reported that she was “blowing breath into her baby,” according to the probable cause statement, but officers were unable to find her or the boy at the time.

But sometime later that night, according to the documents, Dailey talked to family members and eventually ended up bringing the baby to the home of the friend or family member – the probable cause statement does not make clear how the person is related to Dailey – after telling them over the phone the baby was dead.

The person told police that Dailey had called on Monday night “and told her the baby’s soul wasn’t in his body and there was a demon in him,” according to the probable cause statement.

She said she was driving around “trying to decide what to do with him” at the time.

Once Dailey arrived, she took the boy out of the car seat and blew into his mouth while cradling him, “saying she was blowing the evil spirits out,” according to the probable cause statement.

But the friend or family member told Dailey the boy was dead and drove them to the hospital.

She told police that she believed Dailey had used drugs in the past one or two days, and detectives later learned that Dailey had posted several videos on Facebook a week before the baby’s death “saying she needed to cast the ‘demons’ out and the dog was possessed by evil,” according to the probable cause statement.

Detectives said they “observed injuries of various parts of the child’s body that did not appear to be consistent with CPR or resuscitative efforts,” according to the affidavit. The Denver Office of the Medical Examiner will determine the cause of the boy’s death.