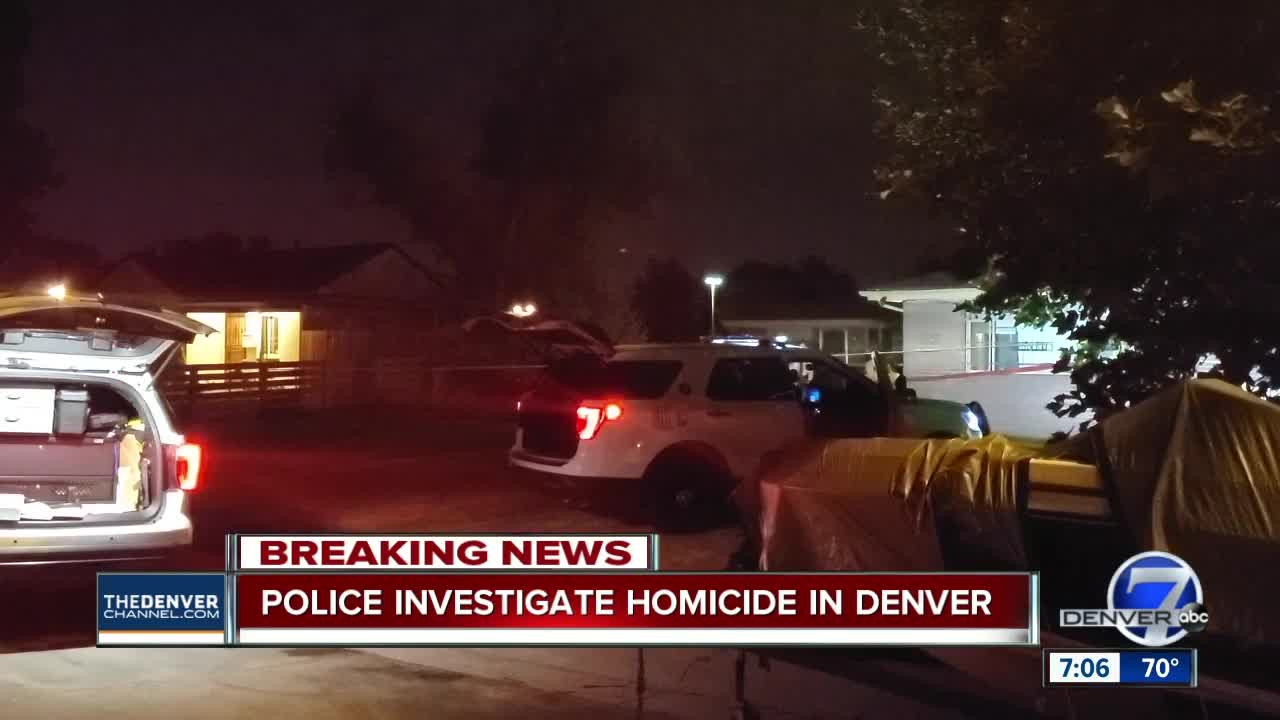 DENVER – A woman was killed late Friday night in Denver and a suspect is in custody, police say.

Denver police said just before 11 p.m. Friday they were investigating a homicide in the 3200 block of Dexter Street, near Martin Luther King Blvd. and Dexter Street. They said the victim was an adult woman.

Just after 12:30 a.m., police said an adult male suspect was in custody.

A Denver Police Department spokesperson said Saturday morning that he had no further updates. Anyone with information about the homicide is asked to call Crime Stoppers at 720-913-7867.